SD-WANs replace traditional command line interface configurations with centralized control and orchestration. Because IT managers gain control and visibility into the network, they can manage it centrally without having to make site visits.

Like Perkins Coie, some businesses opt to deploy SD-WANs virtually. Others select an established manufacturer that incorporates the intelligence into existing routers and firewalls, and still others pick low-cost branch office applications provided by startup vendors. Whichever SD-WAN option an organization chooses, they all aim to use the technology to reduce overhead costs and streamline network bottlenecks.

Conrow investigated the SD-WAN options of the major networking vendors and selected Silver Peak, primarily because he could run the SD-WAN connections as virtual instances on VMware ESX servers housed at the firm’s 21 offices around the globe. “We used to have a hardware-based WAN appliance, and we didn’t want to go with another one because once it reaches its capacity it has to be replaced,” Conrow explains.

A little more than two years ago, Perkins Coie began testing SD-WAN technology between its Seattle and Chicago data centers. That was followed by a full rollout to all 21 locations. Last year, the firm upgraded the software in about 10 offices.

When bandwidth needs increase at any location, Conrow can simply add SD-WAN capacity in software, an approach that reduces hardware costs and simplifies management. “All we have to do is reconfigure the virtual machine at the branch, and we’re off and running,” he says. “We already have the VMware hypervisors at all the branches, so it’s really just a matter of adding licenses and rebooting the VMs.”

The percentage of enterprises that will use software-defined wide area networks in all of their branches by the end of 2019, up from less than 1%today

Performance has improved, and Conrow fields fewer complaints about network response times. “It’s a resounding success because nobody even knows that it’s Silver Peak keeping the network running well,” he says.

Andrew Lerner, a research director who covers networking infrastructure for Gartner, says that while SD-WANs aren’t necessarily new, they bundle existing technologies in a way that improves WAN performance. “We’re seeing that SD-WANs really make economic sense for a lot of organizations,” he says. “I think with the software-defined networking trend, we’re going to see a lot more adoption on the WAN side than we had anticipated.”

This year, Moses Gonzales, IT director for Ware Malcomb in Irvine, Calif., will install the Intelligent WAN (iWAN) SD-WAN technology from Cisco Systems in its Meraki firewalls in all of his company’s 17 branches.

Because the design services company uses heavy graphics files, Ware Malcomb needs a more efficient and cost-effective way to run traffic across the WAN. Gonzales says a single multiprotocol label-switching (MPLS) connection for 4.5 megabits per second of bandwidth costs about $1,000 a month.

“With the SD-WAN technology, we’ll be able to run our WAN traffic on Internet connections that are a fraction of the cost of comparable MPLS circuits,” Gonzales says. “The Internet connections offer us greater bandwidth at less cost, plus we won’t have to spend money on new appliances.”

Gonzales adds that the Cisco iWAN technology also offers dynamic routing. “We always give our voice traffic the highest priority, and Cisco’s iWAN automatically reroutes the voice traffic to the best path,” he explains. “And because we utilize multiple low-cost high-speed links to achieve our performance objectives at each location, our network is more resilient to single-point-of-failure outages that caused us pain with our old MPLS network.”

According to Gartner, a software-defined wide area network must meet the following four requirements: 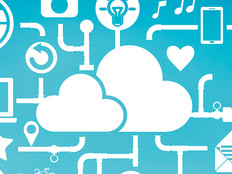 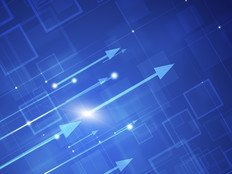