Companies around the globe turn to CEB for best-practice insights and solutions to better manage their business operations and talent. But when it comes to technology, these organizations don’t have to look any further than CEB’s own IT department to learn how best to optimize data center operations.

CEB, based in Arlington, Va., acquired a handful of companies several years ago to expand its portfolio of services, but as a consequence of the acquisition spree, CEB saw the number of its data centers mushroom from two to 16 worldwide.

The newly integrated company had a hodgepodge of technology with many different makes of servers and storage equipment. Although 67 percent of its applications were virtualized, most virtual machines (VMs) operated in silos. For that reason, in 2014, with guidance from a team of systems engineers at CDW, CEB’s IT department decided to make a fresh start and opted to build a private cloud to host its customer-facing and internal applications. In the process, it would consolidate data center operations to six locations.

“We wanted to build a fully virtualized environment, and to do that, we needed to standardize on hardware in our facilities across the globe,” says Duke Tunstall, head of global IT operations for CEB.

The new equipment, combined with virtualization, has allowed CEB to increase its hardware utilization and consolidate its data centers, resulting in lower energy bills, reduced facilities costs and overall IT savings.

Furthermore, the new private cloud infrastructure has improved application performance, increased data security and is much easier to manage. It has also allowed the IT staff to take full advantage of virtualization’s benefits, from the ability to spin up virtual servers quickly to improved disaster recovery, says Ian Horne, director of CEB’s member and production infrastructure.

“What allows me to sleep better at night is that we now have a managed baseline. The equipment in each new data center is essentially identical. That provides stability and a foundation we can build upon,” Horne says. “And as a global company, we needed to make sure we had rapid failover and higher availability in each region, and we’re accomplishing that.”

Don Wiegner, the former head of CEB’s global enterprise technology, spent more than a year developing a new data center strategy after CEB purchased U.K.-based SHL during the summer of 2012. The purchase of SHL, a provider of cloud talent management and measurement services, was the last of five company acquisitions over a three-year period.

He and his team took inventory of technology at the 16 data centers. The diverse assembly included a wide variety of storage systems from several vendors, including direct-attached storage, network-attached storage and storage area networks. Much of the gear was nearing end of life.

Next, the IT team analyzed business requirements and determined that CEB needed a scalable, unified IT infrastructure — either through a commercial cloud service provider or by building its own private cloud.

During that time, the IT department purchased and tested numerous configurations from several server and storage vendors, and in the process, consolidated six small data centers that had about three to five racks each.

“We did a lot of planning and assessments to figure out what our go-forward plan should be,” recalls Wiegner, who recently left CEB to become CIO of Mariner Finance. “These test runs included building out smaller test cases, and these six data centers were much smaller and were absorbed into the test run infrastructure.”

After doing return on investment analysis on all its options, CEB’s IT department decided that building its own private cloud using Vblock converged infrastructure was the most efficient, cost-effective approach.

VCE, a joint venture between Cisco and EMC with investments from VMware and Intel, offers a cloud infrastructure system whose server, storage and networking components are preintegrated, tested and validated.

Before, when CEB owned multiple storage systems, there were times when the IT staff would upgrade the firmware on a Cisco Nexus switch and one storage array would have problems, while another array wouldn’t. Those problems are now a thing of the past because VCE tests the software of all the system components and documents compatibility.

“The great thing about Vblock is that they did configuration testing. The headaches of managing infrastructure at the component level are removed from the equation, so you can deploy rapidly,” Horne says.

“VCE is a turnkey solution. It’s great to have a vendor who has the responsibility to provide reliability across all three pieces of the enterprise.”

— Duke Tunstall, head of global IT operations for CEB

In the fall of 2013, CEB finalized its strategy to build a private cloud by consolidating the 10 remaining legacy data centers into the six new data centers: two each in the United States, the United Kingdom and the Asia-Pacific region (Australia and China). And they wanted to do it fast: starting deployment in January 2014 and migrating to the private cloud within eight months.

More specifically, they wanted to build the U.S., U.K. and Australian data centers in 2014. And then in 2015, they’d stand up a new data center in China, an emerging market for the company.

“We wanted to take care of it in one fell swoop and absolutely have no customer impact,” says Tunstall, who joined the company in the fall of 2013 and was put in charge by Wiegner to coordinate the project’s implementation.

During planning meetings, vendors initially told CEB that the eight-month implementation time frame was next to impossible, but the company’s IT leaders knew they could do it because they had a global IT workforce that could work around the clock.

For example, IT workers in Australia would do implementation work, and at the end of their workday, they’d hand off the reins to colleagues in India. Then, at the end of the workday in India, the U.K and later the U.S. IT staffers would take over. The result: CEB worked on the project 24 hours a day, five days a week.

“We pretty much followed the sun,” Tunstall says. “Once the workday in one location was over, they’d hand it over to the next teammate to keep the implementation going.”

Prior to the private cloud project, CEB had learned firsthand that the Vblock converged infrastructure could be deployed rapidly. CEB had an urgent business requirement and used Vblock equipment to build a new data center in the U.K. in three months.

The company’s European customers were concerned about data privacy and wanted all their data to remain in Europe and not backed up abroad, so as a quick stopgap, CEB built the new U.K. data center in early 2013 for data backup and recovery purposes.

“We were live in 90 days, so we knew we could get it done,” Horne says. “The scale of the private cloud project was larger, but as long as you have the people and an understanding of the applications and infrastructure, the process was very much the same.”

CDW’s account managers, solution architects and engineers assisted CEB every step of the way, from planning and delivering systems and services to attending weekly meetings during implementation to ensure everything was going smoothly, CEB’s IT leaders say.

“The CEB team had a good idea of what their strategy was but needed us to make the puzzle pieces fit together and help figure out the best approach,” Stowe says.

“After gathering all of CEB’s requirements, I helped evaluate and compile technical responses from the relevant telecom and colocation providers,” Carreno says. “Our industry knowledge helped bring the right providers to the table, significantly reducing sourcing and procurement cycles.”

When implementation began in January 2014, CEB focused on building out the U.K. data centers first. The IT staff retrofitted and upgraded the previous newly built data center and built a second data center within two weeks of equipment delivery.

Next, they ported the data from the legacy data centers to the new data centers, and built VMs from scratch. Each application underwent an architectural review to make sure everything was current, valid and secure, Horne says.

Through a phased approach, CEB flipped the switch and migrated customers and employees to the new data centers in the U.K, U.S. and Australia over the summer. In the end, the company met its goal and completed the migration in eight months with no problems and no customer impact.

“We changed the DNS settings, pointed customers to the new sites, and they never knew the difference,” Tunstall says.

CEB’s IT leaders say they couldn’t have completed the project without CDW’s assistance. “CDW was very adept at putting us in contact with the right people within our vendor communities to validate the ideas we had,” Horne says. “It was highly valuable to have access to technical people who are very familiar with what we were trying to do.”

“Vblock makes life much easier. It removes a lot of risks of you trying to manage the infrastructure at the component level.”

CEB is already noting a decent ROI from virtualization and the new infrastructure.

Today, 97 percent of its applications are virtualized. The company has seen an increase in application performance and benefits from a more streamlined data center infrastructure that’s much easier to manage and maintain, resulting in better customer service, Tunstall says.

For example, CEB’s IT staff now have the option to move applications between data centers while doing server maintenance. And if a department requests 70 virtual servers, the IT team can spin up the servers in a few hours. In the past, that process would have taken days or weeks.

“When a request comes in, we know immediately what CPU, memory and storage capacity we have available and whether we can fill it in the data center requested or if we have to fill it from another location globally,” Wiegner says. “Before, we had to figure out where that piece of the puzzle would fit in our hodgepodge of infrastructure around the globe.”

With VMware vRealize Operations software, the IT department can identify and recover server and storage resources no longer in use, so they can be reused for other needs. “That’s been a cost saver,” Wiegner said. “In the past, without a unified architecture model, it was hard to see the holistic picture.”

CEB’s IT staff plans to continue making improvements to the private cloud implementation. This year, they are putting the finishing touches on the new data center in China and building two-way data replication between sites to improve disaster recovery.

“Our systems are more reliable,” Tunstall says. “It gives our business units the confidence that their applications are going to be stable.”

CEB Focuses on IT Automation

Now that CEB has built its private cloud, the company’s IT leaders are working to make the new IT infrastructure as effective and efficient as possible. Their goal this year? Automate as many routine IT tasks as possible, including the full lifecycle of virtual machines.

“What we are trying to get to is when someone puts in a request through a portal, it creates a ticket that is vetted and approved by the IT teams that manage those aspects of the infrastructure. And once those approvals are done, we kick off scripts that will auto-deploy the requested machines,” says Ian Horne, director of CEB’s member and production infrastructure.

CEB’s IT staff use a combination of scripts and custom and off-the-shelf software to automate these IT tasks, including Microsoft System Center Orchestrator, which is workflow management software for the data center, and HP Service Manager, which handles everything from help desk ticket tracking to change management.

“By automating some day-to-day mundane tasks, we want to free up our engineers to work on more important projects,” says Duke Tunstall, head of global IT operations for CEB. 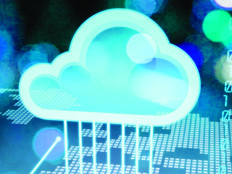