Most people have never heard of BackRub, Blue Ribbon Sports or AuctionWeb, but they do know the names those brands became after a name change: Google, Nike and eBay. While the success of those companies can’t be attributed to their names alone, following the appropriate IT procedures during a company name change is critical for any business’s long-term success.

The Carlisle Tire and Rubber Co., a leading producer of specialty tires, wheels and industrial belts, opened almost 100 years ago. And, like most companies, it has gone through many changes. Recently, the company was acquired by American Industrial Partners, which resulted in a February 2015 name change to The Carlstar Group. Carlstar’s IT staff knew they had a large amount of work in front of them, but just how much was difficult to understand.

The day that the first domain name, symbolics.com, was introduced online — a date that’s also considered the beginning of the modern Internet

Following the acquisition, Carlstar required a new domain name and the ability to convert from a known, 100-year-old name without losing customer connectivity. Carlstar wanted to give customers and suppliers ample time to adjust to the domain changes in their email contacts. In addition, IT needed to update more than 200 servers and migrate 2,200 users, while also upgrading Microsoft Active Directory, Exchange, SharePoint and Office, as well as company firewalls.

“What we’re talking about here is not simply changing one name and adding another, but every piece of technology in the company — from servers, switches, routers, wireless access points and smartphones/tablets to contact information on every website, the internal phone systems, the templates for employee email addresses and all of the software applications and PCs. Everything had to be updated,” says Brent Glendening, Carlstar’s vice president of IT.

Over 45 days, Carlstar’s six-person IT staff moved the company’s employees from carlisle.com to carlstargroup.com without disrupting operations during the transition. Many of the steps Carlstar’s team took during their migration would apply to any domain migration:

1. Remember that timing is everything.

Provide enough time to properly plan for a smooth and deliberate transition to a new name without diminishing the legacy of the brand. Carlstar waited several months after the acquisition to release the new domain name.

A domain change is also a great time to review and upgrade legacy IT systems. For Carlstar, it made sense during the migration for the IT team to upgrade the company from Microsoft Exchange 2010 to 2013. Exchange runs on its own physical server, an HP DL380 G8.

IT teams most likely will need new technology to convert Active Directory. Carlstar’s IT team deployed a new physical HP server and a virtual domain controller for this task.

A domain migration is a huge task. Do not overtax the wide area network or the IT staff and employees’ time. Carlstar’s migration took place across 12 locations. The IT team managed the load in pieces, migrating 20 to 25 users per day, per location. They alerted individual employees through calendar invites that included migration information.

As employees received their invites, users were instructed to log off and reboot their computers. The migration tool then ran in the background and — depending on the file size of the mailbox, age of the computer and the number of contacts — took 20 to 30 minutes to complete. The domain migration also included the transition of the PC registry settings from the old domain to the new domain automatically upon rebooting the PC.

Other tasks included deployment of the new SharePoint and Lync servers and updating them to the new domain. That task was made easier because the IT team could provision the new servers as virtual machines. In fact, without the company’s virtual environment, it would have been impossible to finish the cutover to the new domain within 45 days.

It wasn’t easy, but everyone on the Carlstar IT team put in extra hours while receiving technical guidance and expertise from CDW, which brought in tools from multiple vendors to help the company meet its aggressive deadlines. Overall, it was a combined team effort.

The Carlstar Group’s IT team also recommends the following steps based on its experience migrating to the company’s new domain:

1. Develop a solid project plan. Map out all of the steps in an integrated project plan. For Carlstar, each application migration — including SharePoint, Exchange and enterprise resource planning — had its own plan.

3. Go virtual and automate. Virtual technology will save time, compared with manually setting up servers and cables. Use automatic migration tools for Active Directory and Exchange. 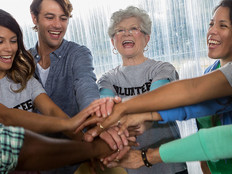 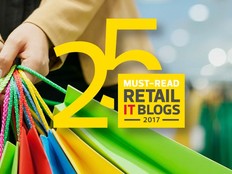