Lambeau Field is one of the most famous sports stadiums in the world. Home to the NFL’s Green Bay Packers, the stadium has seen numerous changes in its 57-year history.

In 2003, a $145 million stadium improvement project included the addition of approximately 6,700 new seats, a rooftop viewing platform as well as two new high-definition video boards and a new sound system. Miron Construction, the contractor behind the work, won a 2015 Alliant Build America Award in the Construction Management Renovation category for the effort.

For Edward Ruffolo, Miron’s director of IT, the work at Lambeau exemplifies not only the Neenah, Wis., firm’s commitment to green construction methods but also to providing its employees with the collaboration tools that make sharing information easier at and across job sites.

“When bad decisions are made, the person didn’t have the right information at the right time,” says Ruffolo, who oversees all aspects of IT for Miron, including business applications, mobile computing, storage and business intelligence. “If people have information they need when they need it, they’ll make a good decision.”

To ensure collaboration among the 1,400 employees at Miron, one of the largest general contractors in the United States, Ruffolo has taken a threefold approach by improving connectivity, mobility and applications.

Where supervisors, foremen and safety inspectors on job sites used to rely on daily faxes from the home office for critical updates about project specifications and security, they now receive real-time updates on their smartphones and tablets.

Phil Hochmuth, director for mobile workforce strategies at Strategy Analytics, says companies like Miron are taking the right approach to frictionless collaboration by analyzing workflow first, including processes and necessary connectivity. “If you just mandate that workers will be mobile without thinking through how people do their job, you can run into issues,” Hochmuth says.

The average number of devices that passengers bring onboard cruises

Recently, Carnival turned what used to be primarily a hotspot-enabled network into a full-fledged wireless architecture that supports crew and guest requirements.

For instance, Carnival abandoned its walkie-talkie system for crew members in favor of Voice over IP handsets. “Guests seated in the dining room would find the chatter on the walkie-talkies disruptive, and it impeded a great experience,” says Tom McCormick, director of network engineering and operations for Carnival.

Now crew members carry Cisco 7925G Wi-Fi handsets to communicate with each other and guests. If a guest requires extra towels, he can press a button on the cabin phone and link directly to his steward. In the past, guests would have to walk around looking for their attendant, and if he was off-shift, wait until he returned. “We are now able to serve our guests in a more direct manner throughout the day and night,” McCormick says.

Crew members who need to collaborate also can rely on the Wi-Fi network. Previously, they would have to either walk the length of the ship, which can be as much as three football fields, in search of a coworker, or page him or her and wait by a phone for a call back. With the handsets, crew can communicate with one another instantly.

McCormick says frictionless collaboration in its finest form pays for itself. In fact, Carnival already is seeing a return on its investment in tablets used throughout the ship. Casino attendants use them to manage guest requests and gaming activity. Bingo and art show staffs use tablets to mobilize point-of-sale apps and allow for last-minute venue changes. Entertainment staff use apps that enable them to control lighting from a tablet.

McCormick agrees that increased usage demands broader coverage and a greater investment. In addition to the array of crew use cases, “every passenger wants to sit on their balcony and research the next port on their tablet.”

To that end, all ships will be outfitted with 300 to 800 access points, depending on their size, to provide high density. McCormick says it is tricky to engineer wireless properly on a steel vessel but credits Carnival’s wireless team for the company’s success. “The signal-to-noise ratio starts to accelerate when you mount too many access points,” he says. “Our engineers know every single propagation point and how it will be impacted by the ship’s design.”

Miron’s Ruffolo agrees that design does impact the network plan — whether on land or at sea.

“We’ve built out the communication facility for our job trailers,” Ruffolo says. Trailers now are equipped with a Verizon wireless router or Verizon wireless access point. Key personnel, including supervisors, can get a signal for their smartphones, tablets and notebooks from either the 4G LTE network or a Wi-Fi network.

Miron mobilized a core application with Lotus Notes, enabling supervisors to use their mobile devices to keep a daily project journal that other workers can securely access from anywhere. The journals keep the company’s leaders up to date on a job’s progress and serve as a record that can provide insight for future projects.

Instead of waiting for end-of-day updates, personnel receive an email on their mobile devices with the information or an alert to check their notebooks for larger files such as reworked blueprints.

In the end, the central IT goal — both Ruffolo and McCormick agree — is straightforward: Have bandwidth at the ready when workers need it. That’s what removes the friction and speeds collaboration.

When Miron Construction built its network to support frictionless collaboration, Director of IT Edward Ruffolo made three key moves:

1. Installed Citrix GoToAssist for tech support: When Miron initially deployed the frictionless environment, users struggled with new processes. “With GoToAssist, we can take over their PC and resolve the issue remotely,” he says. “We raised productivity levels and user satisfaction.”

2. Added another Domino Server: With Lotus Notes being used more rigorously in the office and in the field, Ruffolo added a second instance of Domino Server for workload balancing.

3. Laid the groundwork for a comprehensive and unified mobile application suite: Next, Miron wants to mobilize the enterprise resource planning system deployed last year. “We want the information that resides in the ERP system available in the same way as the data in Lotus Notes,” Ruffolo says. 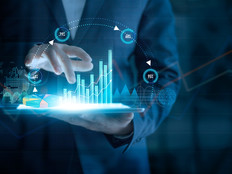