For the Orlando Magic, “basketball intelligence” is more than just a buzzword.

A 2014 study ranks the team’s use of sports data systems far above that of any other franchise in the Big Five leagues, reports Will Mui of SportTechie.

Big Data permeates everything from Orlando Magic’s “ticket sales to operations, sponsorships, and fan demographics to analyzing concession and merchandise sales,” writes Mui. And all of those numbers have had a big impact: Despite its low standings and small market, the Orlando Magic remains one of the top revenue-making franchises in the NBA.

Perez’s staff prioritized data collection and predictive modeling for the first few years before moving on to more complicated matters:

After the initial phases of data mining, they focused on marketing automation. Perez emphasized the importance of their email system and carrying it out through SAS’s campaign management tool over the last two years. The Magic were able to deliver more impactful, personalized trigger campaigns — some based on characteristics from different fans or customers; all having a different look and feel depending on who the recipient is as a fan and what he or she has told the Magic about themselves, their behaviors and preferences.

Those marketing campaigns were just one part of a larger initiative to make each fan’s experience as personalized individualized as possible. The effort also includes upcoming improvements to the concessions, merchandise and way-finding functions of the Orlando Magic’s mobile app.

On the court, data analytics have not only altered the Orlando Magic’s modus operandi but also changed the way franchises scout opponents. That’s because every NBA arena is outfitted with a SportVU player-tracking system that lets coaches review games in extreme detail. BizTech writer Wylie Wong explains how the technology works:

Six SportVU video cameras, based on Israeli missile-tracking technology, track player and ball movements, capturing data such as the players’ speed, the shot trajectory, and the players’ dribbles and passes. The cameras record data 25 times per second, resulting in 1 million data points per game.

Delving far deeper than traditional stats, SportVU insights are even making their way into college basketball. Duke, Louisville, Marquette, and Colorado State have adopted the technology and are using the data to enhance the way coaches and players analyze home games.

Whether it’s college basketball or NBA ball, the trend is still clear: Basketball is becoming more of a numbers game than ever before. 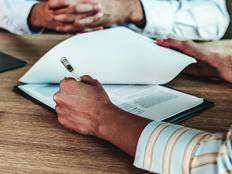 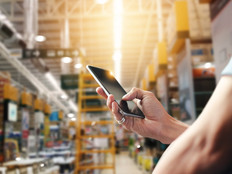