If you’ve ever wished that you could know ahead of time when a part in your car would fail, pinch yourself, because you’re no longer dreaming.

During the keynote address on day two of EMC World in Las Vegas, Dirk Rueger, head of aftersales business analysis for digital processes for the BMW Group, highlighted how the company was able to leverage Big Data to anticipate when its vehicles might require repair.

“The primary goal of predictive maintenance is to predict the malfunction of car components at an early stage,” Rueger said.

Using third-party data and Pivotal, a member company of the EMC federation that focuses on Big Data tools, BMW has built a system to predict and forecast when problems with their cars might surface.

If this sounds like something straight out of "Back to the Future," get ready, because IT isn’t slowing down any time soon.

Getting Down to Digital Business

Here’s a newsflash for business and IT leaders hoping to remain profitable and viable: Throw out your playbooks; they’re outdated.

Paul Maritz, CEO of Pivotal, didn’t shy away from emphasizing the massive sea change that companies in all sectors face, thanks to the digital revolution.

“In this new era, we’re doing fundamentally different things,” he said. “Businesses have to rediscover product development, and, for a lot of businesses, that means rediscovering software development.”

In a sit-down with EMC CTO John Roese, Maritz discussed how enterprise application development, for example, has radically changed thanks to the cloud. It’s not enough to simply host or run apps in the cloud, these apps need to be optimized to perform in the cloud and further, move fluidly between different cloud environments.

VMware CEO Pat Gelsinger also homed in on the need for speed during his portion of the keynote and he insisted that IT must embrace technology that scales rapidly.

“You have to ruthlessly automate every aspect of data center operations,” he said.

DevOps Is a Better Way to Program

The infrastructure side of the IT house wasn’t the only one interested in achieving a flexible, adaptive and scalable work environment. DevOps, a portmanteau of development and operations and a method of software development that integrates developers with IT operations, was also making its case at EMC World.

Jez Humble, vice president of IT automation company Chef and author of the book “Continuous Delivery,” made the case that the adoption of DevOps would allow enterprise IT to achieve speed and quality at the same time. Traditional development methods are too slow and too bureaucratic to achieve innovation. And in those dev methods, speed is equated with risk. But DevOps is different.

“The key thing about DevOps is that you can increase throughput without impacting stability,” he said.

By embracing rapid prototyping, companies can produce more and learn faster. Instilling a culture among IT and development that rewards a test-and-learn mindset is essential to making IT a driver of business growth, said Humble.

“You need to give teams support and resources to experiment and to fail,” he said. “The key metric is how fast can I do something and show measurable business benefit. Not how complete can I make a solution. Don’t try and boil the ocean.”

Among those resources that Humble speaks of are cloud environments that developers and IT operations can quickly, painlessly and autonomously create and wind down. If a developer has to file a ticket and wait days or weeks for an environment to be stood up, it’s getting in the way of innovation.

Beyond adopting new tools and processes, organizations that hope to extract value from DevOps must above all else, initiate a cultural shift that views innovation as a mission statement.

“The thing that’s different about the high performers is that they don’t treat improvement and change as a project with an end date. Improvement is part of their daily work,” he said. 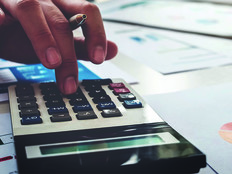