Ron Rizzi estimates that a move to Office 365 for the BallenIsles residential community will save him as much as 15 hours a month in time previously spent on server maintenance.

As the one-man IT shop for the 1,675-home BallenIsles residential community in Palm Beach Gardens, Fla., technology specialist Ron Rizzi has a lot on his plate. Besides maintaining infrastructure and providing training and support for 25 users, he manages the community’s gate security systems, connected surveillance cameras and a Voice over IP system.

“You can imagine, for one person doing that, how difficult it would be to also maintain an Exchange Server,” Rizzi says.

Now, he doesn’t have to. In the fall, Rizzi moved BallenIsles’ email to the cloud through Office 365, the umbrella collection of Microsoft’s hosted services that includes Exchange, SharePoint and Lync. With the switch, Rizzi can quit worrying about patches and updates for a physical Exchange Server and can instead turn his attention to other issues.

“The move to the cloud does take some pressure off,” he says. “The time involved in maintaining the server could amount to 15 hours a month. That’s really important in a small organization like this.”

Trever Kalan, IT coordinator for Play and Learn, a chain of early childhood education centers in Pennsylvania, knows the feeling. Like Rizzi, Kalan is the sole IT employee for his organization, and before switching to Office 365 several years ago, he constantly worried about potential problems with his physical Exchange Server. “Friday evening, I was thinking, OK, what am I walking back into on Monday?” remembers Kalan. “It’s a weird feeling not to be worried about your servers going out. I felt like I got a big dream job all of a sudden. I can actually take a vacation now.”

Although many businesses that migrate to the cloud cite time savings as a factor, cost can also be a driver — especially for organizations with aging infrastructures.

The Girl Scouts of Colorado made the move to the cloud several years ago (when Microsoft’s cloud suite was still called Business Productivity Online Standard Suite, or BPOS). At the time, the organization’s IT costs were skyrocketing, and its servers were nearing their end of life. The organization had recently merged all of the state’s individual councils into one, with five offices. The new structure necessitated collaboration between employees at the different sites, and the organization found itself paying large bills for long-distance phone calls and a third-party web-conferencing solution.

The move to Office 365 solved several problems at once:

The upfront cost of the switch was about $100,000, including staff time. “It’s absolutely paid for itself over and over,” says Linda Mountain, IT support administrator for the Girl Scouts of Colorado.

“Had we not spent that $100,000, we were going to have to purchase multiple servers and build them out and maintain them,” explains Shorty Sutterlin, special projects manager for the organization.

Sutterlin also likes the peace of mind provided by the service-level agreement, which requires the system to be back up within 24 to 48 hours if it goes down. Christopher Chute, a research vice president at IDC, expects “pretty strong” growth in small businesses migrating to Office 365 in 2015, on the heels of three years during which that number tripled. In 2012, less than 5 percent of small businesses had adopted Office 365. That grew to 15 percent in 2014.

Attracted to the Flexibility

One draw is the flexibility Office 365 provides users, letting them sign into accounts from multiple devices, Chute says. “All of a sudden, Office becomes incredibly flexible,” he says. “Small business managers have the ability to allow bring-your-own-device initiatives in a way that they might not have had before.”

Because the move to the cloud frees up so much time previously spent maintaining physical servers, IT staff can turn their attention toward using the technology to help improve business practices. For example, some companies are taking advantage of Office 365’s mobile features to complete orders on tablet devices while out in the field with customers.

Jessica McClintic, co-founder and business director for Imagination Yoga, a Portland, Ore.-based children’s yoga program, says she’s attracted to a different type of flexibility offered by Office 365: the suite’s per-user pricing structure. Imagination Yoga made the jump to Office 365 several years ago, when it was still small and had no budget or space for physical servers. “When this fell into place, and it was $6 a month per user, it was, ‘OK, done!’ ” McClintic says.

After several years — and the addition of dozens of franchisees and licensees — the company now uses Office 365 to share business documents with those partners and even conducts yoga training via the suite’s video conferencing tool.

“I have teams in Texas and Ohio and Pennsylvania, so if they have questions when I give them information about a new posture or pose, we can hold a video conference,” McClintic says. “It’s nice to have everything rolled into one tool.”

Migrating data to the cloud can present issues that IT directors haven’t thought of in years, especially when it comes to email. Users with multiple aliases can present problems, as can antiquated data storage structures.

It can also be a challenge to get employee buy-in on a new way of doing things, Rizzi says. “You’re migrating to newer applications. It’s not a simple task to ask somebody who’s been doing something for 10 years to change.”

The Girl Scouts’ Sutterlin adds that centralizing the data from her organization’s separate sites proved difficult. But the move also allowed the organization to eliminate redundancies, resulting in a drastic decrease in the amount of data that the group needed to store.

Organizations still running unsupported Windows XP on their machines will face an additional challenge. Play and Learn’s Kalan says his business had about 10 percent of its systems running XP when it made the switch to Office 365 (at a time when the OS was still supported).

The move to the cloud “kind of nudged us along” to upgrade those systems, Kalan says.

“I know there are a lot of companies with thousands of XP machines that they haven’t upgraded, and they would have a crazy time trying to upgrade and switch to Office 365” simultaneously, he says. “The wisest choice would be to cycle out the XP systems first, and then move to Office 365.”

What About the Apps?

Many companies start out by purchasing a license that gives them access to hosted versions of Microsoft Exchange, Lync and SharePoint, but continue to run on-premises versions of Office for applications such as Word and Excel.

The decision is largely based on budget and convenience. A move away from an aging physical Exchange and SharePoint infrastructure can save money, but many have no need or desire to replace Office productivity apps with their web versions — at least, not yet.

But IDC’s Chute predicts that this will change. “I don’t know exactly when it will happen,” he says, “but it’ll become the norm to buy hosted apps, particularly if you’re a small business and you’re not writing your own apps in-house. Eventually that’s going to happen.”

Organizations making the move to Office 365 have a number of different service plans to choose from. Here’s a peek at what’s offered with the “Business Essentials,” “Business” and “Business Premium” plans. These plans are capped at 300 users. Enterprise plans are available for larger organizations. 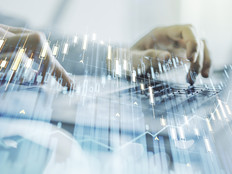 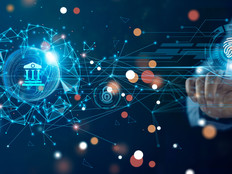