The unit’s sales representatives rarely bring their notebook computers on sales calls, typically because they are too bulky and take too long to boot up in front of busy customers who have no time to waste, says Susan Keshen, business analyst for Tenneco’s aftermarket sales automation group.

“When our salespeople walk into shops, the people managing the counter are dealing with their own customers. That’s their first priority. We’re fighting for their attention span,” she says. “When we want to introduce new products and show new marketing collateral, we can’t say, ‘Let me fire up a laptop and PowerPoint. Give me five to 10 minutes.’ ”

The Tenneco unit is not alone in its enthusiasm for tablets in business. Many industries and departments rely on the devices to boost productivity, increase efficiencies and improve customer service. Because they are light and portable, tablets represent an ideal form factor for salespeople and other more mobile workers, says Rob Michuda, Wintel/messaging supervisor for Tenneco Global Infrastructure Operations and Service.

“The big thing is their convenience for our sales force,” he says. “Going from customer to customer, the iPads are just easier to carry and use.”

Prior to Tenneco’s tablet deployment, Keshen was tasked with updating her unit’s custom, web-based customer relationship management (CRM) software. After talking it over with some sales team members, she discovered that what they truly needed were tablets. The unit’s sales team sells replacement auto parts, such as shock absorbers, struts, brakes and emissions control products, to automotive channels that include auto repair shops, retail auto parts stores and car dealerships.

Sales team members typically work out of their home offices, where they use company-issued notebook computers. For in-person calls, they required a different technology.

“The more I talked to them, the more I realized tablets would help,” Keshen says.

In the past, salespeople visited their customers or prospective clients and provided paper brochures with information on their products. When customers had questions, the salesperson would jot down notes on paper.

“They’d collect the tasks and, at the end of the day, go home, turn on their computer and take care of each, one by one,” Keshen says. “We wanted to help them become more efficient. Why not answer the questions immediately with an iPad while they’re right there with the customer?”

Over the summer, the unit’s sales team received 32-gigabyte iPad Air tablets with protective cases. So far, the greatest benefit is improved productivity, Keshen says, but the tablets are also saving Tenneco on the bottom line. Sales team members can use the devices to connect directly to Tenneco’s CRM tool, access a product database, answer inventory-related questions or troubleshoot installation issues on the spot.

“They no longer have to call back later with answers,” she says. “That’s made a huge difference. Our customers are impressed.”

If a customer complains that a muffler can’t be fitted or suspects it may be damaged, a member of Tenneco’s sales team can use a tablet to take pictures or video of the part, email the company’s technical support department and receive a quick response through email or the phone. Such troubleshooting also saves money by reducing shipping costs, Keshen says. Previously, Tenneco’s salespeople had to ship the parts in question back to the business unit’s headquarters in Monroe, Mich., to obtain a diagnosis. Keshen estimates that if the sales team can cut shipping by 25 percent, it will save the unit $25,000 annually.

'“Our team at headquarters can confirm that the product can be installed or conclude it’s damaged, and we can just send them a replacement without having to ship the old one back,” she says. Keshen also notes that reducing printed sales materials by showing marketing and product information on the tablets saves another $10,000 a year on paper and printer ink. 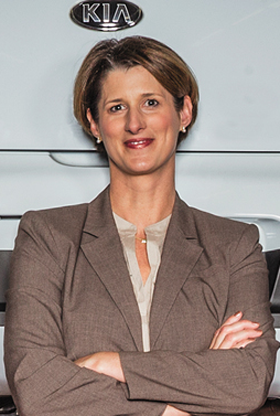 “When our users approach customers with tablets, they are perceived as more knowledgeable and professional.”

Tenneco tested five different tablets for three months before standardizing on the full-sized iPad Air. Keshen created a matrix to compare each device’s cost, quality and features, including weight, size and screen resolution, camera quality, available memory, security controls and the ease with which each device could be powered on and off.

“The device had to be intuitive and user friendly for the salespeople to turn on and easily tap through and find information. It became clear that the iPad met those requirements,” she says.

Keshen launched a second beta test to help build the business case for purchasing the devices. For four months, sales team members regularly filled out detailed reports, noting how the device improved their productivity and how much was saved on shipping or printing costs.

“We described all of the savings, and the senior management said, ‘You know what? You do have a business case. We get it.’ And they funded the purchase,” she says.

At Tenneco, about 10 to 15 people worked on the iPad project from start to finish, from the IT, sales automation, purchasing and supply chain management departments, Keshen says.

To ensure that the devices would be ready to connect to the corporate network and crucial applications right out of the box, Tenneco turned to CDW to purchase and configure each iPad Air distributed to the aftermarket unit’s U.S. salespeople.

Tenneco’s IT department had purchased the MDM software previously to manage and secure new iPhones issued to employees. Once the iPad tablet project was funded, Tenneco’s IT team was able to use the same software to manage and secure the new devices. “There is a lot involved with configuration, and CDW helped reduce our manpower needs,” Michuda says. “The people we met at CDW were very knowledgeable. They understood the space and were very beneficial.”

Moreover, rather than purchasing apps individually, Tenneco took advantage of Apple’s Volume Purchasing Program through the advice of CDW. The program allows Tenneco to purchase apps in bulk, integrate them easily into the MDM environment and better manage it all, Brooks says. Tenneco purchased an app to make PowerPoint presentations and another to allow sales teams to view and edit Microsoft Office files. During the configuration process, CDW also worked with the Tenneco IT staff and several vendors to iron out minor glitches to ensure the apps, MDM security policies and network access also functioned bug-free, says Avi Nutkis, a configuration technician at CDW’s Configuration Center.

“We have contacts not just at Apple, but also with MDM vendors and communications service providers. That way, if there are questions, we can make a direct call for immediate help. That saves a lot of time,” Nutkis says.

When one particular app failed to download correctly using the MDM software, the CDW team quickly got on the phone with Tenneco and Fiberlink to resolve the problem, says Senior Account Manager Kevin McGrane.

“Our engineers worked with Tenneco’s IT staff to make sure everything went smoothly from start to finish,” he says. McGrane recommended two cases to protect Tenneco’s tablets: Griffin Technology’s rugged Survivor case, with a built-in screen protector that can safeguard iPad devices when they are dropped; and a Logitech Folio case and a 3M screen protector, which are especially suitable for sales managers in meetings or office settings.

About half the staff chose the Griffin Survivor, the other half chose the Logitech Folio cases, and a few chose other options, McGrane says.

Keshen says Tenneco could not have rolled out the tablets successfully without CDW’s expertise: “The technicians who were responsible for the configuration were in contact with us constantly.”

Now that each sales team member has an iPad, Tenneco can roll out more apps, and plans are in the works for a new, more feature-rich, cloud-based CRM tool in 2015, Keshen says.

To further increase productivity, Tenneco also purchased iPads for tech support, allowing them to communicate quickly — even videoconference — with the sales staff to diagnose and troubleshoot parts problems, she says.

Carl Tellier, a Tenneco area sales manager based in southeast Michigan, says he can now accomplish about 95 percent of everything he does on a given day using his iPad, including check email, show sales presentations and type notes following each sales meeting.

Tellier says he makes 10 to 15 sales visits daily, but no longer needs to carry marketing brochures. Now that he shows product information to his customers using his tablet, he can also email copies to them to review later.

“The iPad has definitely made me more efficient, and it’s been a tremendous time saver in all aspects of what I do daily,” he says.

Keshen says she’s received similar feedback from the rest of the sales force. As the company expected, the business unit is seeing increased productivity and cost savings: “The sales team members call me up and say, ‘This thing is awesome. I’m doing things on the fly now that I didn’t think I’d ever be able to do.’ And that’s exactly the response we were hoping for.”

More businesses rely on mobile device management (MDM) software to manage and secure their smartphones and tablets and to distribute apps to employees.

“We didn’t want to bring in any on-premise infrastructure and have to manage upgrades,” he says.

The MDM solution allows Tenneco IT to set policies that require company-owned tablet and smartphone users to enter passwords to protect the devices. Should an employee lose a device, or if one is stolen, IT can wipe the device’s memory remotely, he says.

Tenneco recently deployed iPad Air tablets to members of its North American aftermarket sales force, but has also equipped executives with iPad tablets and will soon implement a Bring Your Own Device (BYOD) initiative to allow employees to use their personal mobile devices for work. The MDM software will protect Tenneco’s data on the employees’ devices, he says.

Tenneco at a Glance 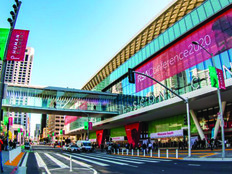