While the vulnerability is present in IE versions 6 through 11, only IE 9 and higher have thus far been targeted.

Microsoft has issued two workarounds to counter the exploit while it works on a fix. The first is to run Internet Explorer 10 and 11 on 64-bit systems in Enhanced Protected Model:

The other workaround for both 32-bit and 64-bit Windows systems requires users to unregister the VGX.DLL file used for vector graphics rendering. To do this, the advisory provides commands to enter in an elevated command prompt.

FireEye has named one ongoing campaign underway by hackers that takes advantage of the new IE zero-day exploit “Operation Clandestine Fox.” It did not provide any additional details about it, however.

The versions of IE that have been targeted so far — IE 9, 10 and 11 — accounted for 26.25 percent of the total browser market last year, according to NetMarket Share. 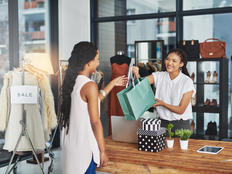