Virtual desktop infrastructure (VDI) has moved forward by leaps and bounds in recent years, and Citrix has been at the forefront on innovation when it comes to hosted desktop solutions. The company continued to spotlight advances in VDI during Citrix Synergy, its annual customer and partner technology conference, this week. Most notably, there were two announcements made by HP at the show that could be the start of new age in VDI.

The computer giant introduced a version of its Moonshot microserver powered by a new Intel processor. It also announced a new virtual desktop solution that provides secure remote access to workstation-class applications from a variety of devices, including thin clients, notebooks and tablets.

Both solutions are managed with Citrix software.

The Crystal Well version of the microserver can interconnect up to 45 individual systems, each on its own Moonshot cartridge with processor, memory, storage and graphics. While that’s half the number of the current ARM-based Moonshot microserver, which holds eight system-on-a-chip integrated circuits per cartridge, each of the systems on every Crystal Well cartridge is considerably more powerful.

There’s maximum value in having a dedicated system on a chip with its own software stack all managed by Citrix technology, said Bradicich, including:

Without a hypervisor operating between each system on a chip and every remote desktop run off of a Moonshot server, there is one less layer of potential performance degradation between compute and graphics resources and client-side devices.

According to an HP representative BizTech spoke to on the show floor, the first Crystal Wall–powered Moonshot servers will ship with Windows Server 2012, not Windows 7. It will include Citrix XenServer (as opposed to XenDesktop) to support brokered sessions (as opposed to brokered desktops) on hosted clients.

HP’s DL380z Virtual Workstation, an extension of its Z Workstation series, is the first product of its type to use dual Nvidia Grid K2 graphics technology. It is a powerful solution that businesses could install in the data center to provide virtual access to even the most powerful and graphics-intensive applications, says Jeff Groudan, HP worldwide director for thin client and virtual workstation product management.

The DL380z promises to deliver traditional workstation capabilities to users who require high-performance and heavy-duty graphics from the cloud. It is, says Groudan, the first time such a powerful and secure Desktop as a Service solution has been delivered by HP or the industry in general.

With the DL380z, HP is trying to address several customer pain points, says Groudan, primarily around data security, the management of large data sets, reliability of the endpoint and general management complexity.

“What we are doing is taking the workstation compute, graphics and data and putting it into the data center,” adds Groudan, “very similar to VDI [virtual desktop infrastructure] but on a different scale” — similar because workstation use cases and requirements are an order of magnitude greater than a typical PC replacement, he says.

“You get the security of not having the data actually getting pushed down to the endpoint. It is always in the data center,” says Groudan. “And the proximity to the compute also makes the performance a lot better.”

The DL380z is also a lot more flexible from a management perspective, adds Groudan. IT admins can roll out “follow the sun” deployments, in which different workers have access to workstation resources at different times. It also supports some bring-your-own-device use cases.

When users are in the office, they can access workstation resources from a thin client; when they are in the field, they can do the same from a notebook or tablet.

All Pixels, No Data

Because all the graphics processing takes place in the data center and only pixels (no data) are being pushed down to end users, network bandwidth issues don’t affect performance of the DL380z. The system extrapolates packets that are lost between the data center and the client. Consequently, instead of resending packets that are dropped, it recreates them, which helps tremendously with latency and performance.

“If you are in a public wireless situation, it can actually help make sure you get more than your fair share of the wireless bandwidth,” says Groudan. “It can also sniff out wireless conditions to see who is connecting and how they are connecting, and then adjust your wireless connection accordingly.”

There are three ways to deploy the DL380z, says Groudan:

The DL380z leverages Citrix XenServer and HDX 3D Pro virtualization technology to ensure remote access to 3D CAD, CAM, CAE, PDM and other workstation class applications, according to Groudan. On the client side, it supports all the most common commercial operating systems, including Android and the iOS on mobile devices. 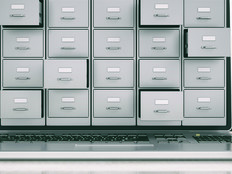