“By using the Riverbed appliances, when the branch staff comes to work in the morning, the email system doesn’t bog the network down,” Vintinner says. He supports about 250 employees — 225 at headquarters, 15 in Research Triangle and 10 in Rock Hill.

“For example, in the Research Triangle office, after the first phone downloaded iOS 7, the data was cached on the Steelhead device and automatically delivered to the remaining iPhones,” Vintinner says. “It doesn’t go over the network 15 times, taking up bandwidth.”

Bob Laliberte, senior analyst for the Enterprise Strategy Group, says more IT organizations must factor in mobility as they move forward with their bandwidth management strategies.

“As workplaces become more mobile, IT managers will be asking many of the same questions as before, such as ‘How can we optimize the network and reduce operational costs?’” Laliberte says. “Only during this era, we will also have to look at applications people are running on their smartphones and tablets.”

Architectural shingle manufacturer GAF uses centralized BlueCoat PacketShaper appliances to manage bandwidth so the IT staff can more easily absorb more than double the number of devices on the network.

Jagadeesh Pavuluri, director of network operations for GAF in Wayne, N.J., says the BlueCoat appliances treat all smartphones and tablets as network devices. “Without the BlueCoat appliances, the only other way to handle the enormous amount of devices on the network today would be to raise the size of the bandwidth pipe,” he says. “Bandwidth may be cheap at home, but it’s not so for business class lines,” which cost about $600 per month, he says.

GAF uses the BlueCoat appliances to give top priority to voice traffic and enterprise applications. Data backups and email are given lower priority, mainly because backups are done during off hours, and users can handle a second or two of delay in email response time versus a slowdown of an enterprise web application.

“The BlueCoat appliances let us effectively double or triple our bandwidth without having to pay for it,” Pavuluri says. GAF also uses PacketShaper to compress web traffic by up to 50 percent.

Three Tips for the Mobile WAN

Organizations seeking to assess the impact of mobility on WAN bandwidth should heed these three recommendations from Bob Laliberte, senior analyst for the Enterprise Strategy Group: 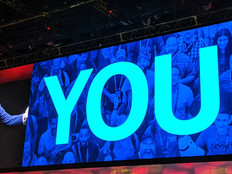 What Small Businesses Need to Consider Before Moving to the Cloud

RSA 2020: Is Voice Fraud the Next Frontier for Scam Artists?

How Businesses Can Human-Proof Their Endpoint Security

What Small Businesses Need to Consider Before Moving to the Cloud