We are at the beginning of the next wave of dramatic Internet growth, thanks to recent advances in wireless, radio frequency identification, business intelligence and even miniaturization technology. This revolution falls ­holistically under the umbrella of the “Internet of Things” or, as Cisco calls it, the Internet of Everything.

The Internet of Things is a term that was first coined by British tech pioneer Kevin Ashton in 1999, nearly a decade after a toaster became the first “thing” other than a computer or terminal to be controlled over a TCP/IP connection. It is a concept that depicts a future in which all types of consumer, medical and business devices (PCs, notebooks, refrigerators, TVs, telephones, pace­makers, cameras, houses) will soon be networkable via the Internet.

For businesses and consumers, the impact of the Internet of Everything will be truly disruptive and revolutionary. Transportation companies will be able to receive and analyze a constant stream of data on such variables as oil pressure and engine temperature from sensors on vehicles in their fleets, allowing them to make proactive maintenance decisions that can reduce costs. Homeowners will be able to start cooking dinner or vacuuming the house with a tap of a smartphone display.

It will also create myriad opportunities for manufacturers, content creators and service providers. Just imagine what an entrepreneurial small business might do with all the data it collects through direct access to a product while it is (and isn’t) being used in customers’ homes. Such data could be used by the business itself, sold to a third party or, perhaps, offered as a service to another company.

There’s more than a trillion dollars at stake as these billions of additional things start to come online over the next decade.

According to a Cisco, 99 percent of physical objects remain unconnected. However, while only 10 billion of the world’s 1.5 trillion things are currently networked, that’s a huge increase from the mere 200 million devices that were connected in the year 2000.

What happened in the interim is the last decade’s massive uptake of smartphones and tablets. Growth over the next five to 10 years will be even more dramatic, as the number of connected products swells well beyond mobile devices to an estimated 50 billion things.

Future Tools of the Trade

Last fall, for instance, Cisco introduced the Network Convergence System, a hardware platform developed as a fabric that’s capable of supporting and handling the billions of additional things expected to come online over the next decade. The latest Internet Protocol, IPv6, is a more mainstream tool in the IT pro’s arsenal, supporting exponentially more devices than IPv4.

Meanwhile, a consortium of tech companies, including Cisco, recently announced the creation of the AllSeen Alliance. The group is dedicated to advancing the interoperability of all things through the development of an open-software framework that enables ad hoc systems to seamlessly discover, dynamically connect to and interact with nearby products — regardless of brand, transport layer, platform or ­operating system.

The implications of a world in which every device or thing a person or business owns is networked are ­profound. By starting to think now about where they fit in the Internet of Everything economy, businesses will be better prepared to grab a slice of that $14.4 trillion pie in the years to come. 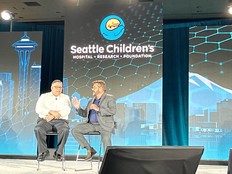