Moving a company forward takes confident leadership. But that confidence can manifest itself in all parts of the organization, says HP CEO Meg Whitman. In fact, it can start with IT.

Whitman envisions HP as a company that can draw from its legacy of engineering innovation to deliver a converged server, networking and database infrastructure that can run on public, private and managed clouds.

Businesses need this more flexible, virtual way of delivering IT services because they can’t afford to run their IT departments the way they did in the past.

Whitman points out that today, the economy creates more data in just two days than it did from the beginning of time to 2003. And making sense of that data remains a top priority for companies, says research group Gartner, which recently reported that 64 percent of companies are investing in or plan to invest in Big Data technology, compared with 58 percent in 2012.

Meg Whitman describes how IT leaders can be a driving force for change and innovation within their companies.

Whitman says these trends mean that IT staffs can’t keep rolling out physical servers and running server, networking and database environments as separate stovepipes. This new data-centric era requires what she calls a new style of IT.

Whitman says HP’s Moonshot servers speak to the need for a new kind of computing in several ways. For starters, they run on the same type of Atom and ARM chips that are used in smartphones, which reduce power consumption by 89 percent and can potentially reduce footprint by 80 percent. Even better, by using less expensive chips, the Moonshot costs 77 percent less than a traditional server.

HP has moved all of HP.com — one of the top 50 busiest websites in the world, with more than 3 million hits a day — to its Moonshot servers. Whitman says HP now powers the website on the equivalent of 12 60-watt light bulbs in one-tenth the space.

The company also won a big contract with Microsoft to power Bing’s operations on HP Moonshot servers. Whitman says HP learned something valuable by doing that project: In building the infrastructure for Bing, HP created a data center that ran one application — and they actually developed a server that was uniquely tuned to Bing.

While it’s exciting to take on major infrastructure projects for the likes of Microsoft, HP recognized that the product they developed for Bing wasn’t something they could sell to the vast majority of businesses.

To make Moonshot more relevant to a wider range of organizations, they created a chassis and a cartridge that can be dropped into the system that’s tuned to a specific application. Whitman says the combination of the modular design and less costly chips brought both the price and the footprint down.

“So we are doing a number of proof-of-concepts now around workloads that we think can run on Moonshot,” Whitman says. “It will not be on every workload, but it will be for a large number of workloads. But unlike servers where you’re running different workloads on the same server, this is going to be servers that are uniquely suited for one workload.”

Whitman underscores that no one else has this technology.

“We’re years ahead on this, and what we now have to figure out is what are the workloads, and then how do we build the ecosystem of people who can write cartridges,” she says. “We are building a platform and ecosystem around an entirely new construct here.”

The LEGO Pieces of Cloud Computing

While many organizations are rapidly adopting cloud computing solutions, it's important to keep in mind that the cloud isn't a one-size-fits-all IT model.

In Whitman's view, IT leaders need to put the various components of private and public clouds together in a way that delivers efficiency, value and ROI for their organizations.

Meg Whitman outlines her vision of hybrid cloud services for enterprise IT.

"I think this is a world of hybrid delivery, that no one has the same journey to the cloud. And the ability to offer all those LEGO pieces is going to be incredibly important, because those LEGO pieces have to lock down onto a common base," Whitman says.

To learn more about Meg Whitman and HP's vision for the future of IT, visit her leadership session. For more insights and ideas from leaders in technology, check out the rest of the Bring IT On Leadership Series. 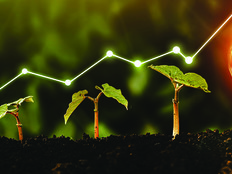