Ever wonder what life is like for a professional NBA player before a big game? Now, thanks to Google Glass, fans of the Sacramento Kings will get to follow along and experience the action as it happens.

Members of the team have committed to recording and sharing their on-the-ground perspectives through the wearable devices for its upcoming game against the Indiana Pacers on Jan. 24, according to a report from PC Magazine.

In an ideal world, fans would be able to view the action as it happens on the court, but NBA Commissioner David Stern hasn’t cleared that use case yet.

Still, if interest in Glass content is strong, a compelling case could be made to allow it.

Sports and technology have had a hot and heavy romance as of late, but the Sacramento Kings are particularly bullish on the use of Google Glass.

The Kings’ use of Glass isn’t the first brush the league has had with the technology. Last year, Victor Oladipo, who now plays for the Orlando Magic, made a big splash when he wore the device to the NBA draft.

“It was crazy. So many people were asking me questions and wanted to try it on. The sky’s the limit for this invention from Google,” he said.

At the time, NBA officials blocked Oladipo from wearing the device during the actual draft, so the fact that the league is letting the Kings experiment with the technology is a step forward in the NBA’s evolving relationship with the technology. 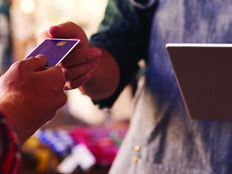