“We’re able to pass 10 times the amount of traffic than we did before” the infrastructure upgrade, says Shutterstock’s Chris Fischer.
Home»Data Center

A few years ago, Shutterstock was experiencing the kind of growing pains small businesses dream about. Since uploading its first online photo 10 years ago, the New York company’s stock image and footage archive had swelled into the tens of millions. Its cobbled-together retail network of mix-and-match components simply wasn’t cutting it anymore.

To continue to grow their business, company leaders decided to purposefully build up the infrastructure. “It had grown organically without any real consistency,” says Chris Fischer, Shutterstock’s vice president of technology operations.

Shutterstock’s transformation began four years ago, when it moved from a single data center in New York to a distributed data center with facilities in Massachusetts, Texas and Washington. Fischer’s team added a core network consisting of Juniper Networks EX4200 Ethernet switches with EX2200 rack switches in a single core.

“We thought it was going to last for a pretty substantial period of time,” Fischer says. It didn’t.

As Shutterstock built out a new cloud-based storage system for its millions of images, it needed more capacity to handle the volume of traffic traveling between data centers. Fischer’s team considered replacing or outsourcing the network, but they opted instead to fortify what had already been put in place and move toward a software-defined network.

Then, earlier this year, Shutterstock launched an upgrade using Juniper’s virtual chassis technology to add EX4550 switches to the existing core, expanding its capability from 4 gigabits per second to 10Gbps.

“Every network upgrade I had previously done, there was this major forklift where you cut all your services over all at once, and even with all the planning in the world, it never goes well,” Fischer says. “This was an interesting approach where we weren’t ever really tearing down our existing core. We were just bolting on new functionality.”

Except for a five-minute outage when the IT team rebooted the core, “we were able to do it without any substantial impact to customers,” Fischer adds.

Once that was complete, Shutterstock moved to the next stage of the upgrade: installing large firewalls, Juniper SRX3600s, to handle the increased bandwidth and throughput. The IT team used the new core to route traffic in and out of the network, one IP address at a time, which took about six or seven hours.

“That was the harder part of the network upgrade — performing the cutover from the old to the new,” Fischer says. “There’s always the possibility for error, but we were able to avoid that, and it went smoothly because we were able to use some creative routing and move services one at a time to the new firewalls.”

Infrastructure upgrades aren’t always precipitated by the need for more computing resources and greater network throughput. Sometimes there are legal or collaborative reasons, for instance, that prompt an SMB to take on such a project.

Eyes on the EHR Prize

A few years ago, Central Eye Consultants in Mount Pleasant, Mich., started to crystalize a new vision for its future due to the American Recovery and Reinvestment Act of 2009. ARRA requires that all medical offices adopt electronic health records by the end of 2014. An EHR upgrade made sense, explains Corine Binder, who manages the ophthalmology practice. “It’s easier to find files, everything is legible, and it is easily backed up and stored.” And, she adds, “it was going to be mandated anyway.”

Office management decided to implement new enterprise practice management (EPM) and EHR systems. But Binder soon learned the office’s aging infrastructure wouldn’t support the new software. With employees inputting more information than ever before and accessing digital files regularly, there was a major spike in demand on the network.

Central Eye Consultants started looking into new hardware, mindful that their needs would likely grow in the near future. They went from three old workstations to 10 HP 6000 PCs spread across the exam rooms, physicians’ offices and the front desk. They also added an HP 6000 Pro-Tower E8500 fax server, an HP ML350 G6 Tower application server and an HP Ultrium storage solution.

“Everything went really well,” Binder says, and employees instantly noticed a difference. The computers were much faster, and the EPM and EHR systems transformed operations. “We increased productivity,” she says.

Staff no longer had to spend time finding and filing charts and inputting duplicate data on each patient visit. “We increased our patient load probably by 20 percent, and we haven’t changed our hours at all,” Binder says.

Like Shutterstock, Thurston Kitchen & Bath in Colorado had stretched its infrastructure about as far as it could go. But unlike the former, the full-service kitchen design firm and wholesaler and retailer of cabinets, countertops and appliances had systems that were, as Thurston Vice President Mark Schmidt puts it, “just about as mid-20th century as you could get.” 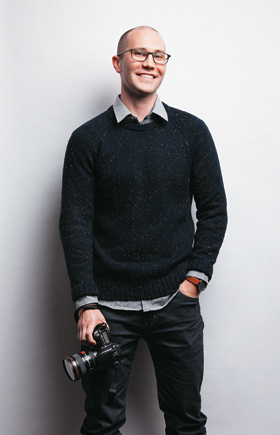 “With the new core and upgraded firewalls, we’re able to pass 10 times the amount of traffic than we did before,” says Chris Fischer, Vice President of Technology Operations at Shutterstock.

Company locations throughout the state relied on local phone service and fax systems to communicate and, because of Colorado’s mountain ranges, scattered Internet availability.

Because of these limited communication capabilities, the locations functioned more like mom-and-pop shops than an integrated, 30-year-old statewide business.

“Clients expect the same results from every location,” Schmidt says, “but we were finding that generating the same result was difficult because of distance.”

For instance, while project man­agers in the Aspen headquarters had access to computer-aided design experts, those in remote offices weren’t able to work with them much. “We wanted to function as a team,” Schmidt says.

So, in 2009, Thurston installed the Cisco Unified Communications 500 Series for Small Business to provide Voice over IP phone service and reliable Internet access to all its locations.

Today, “you can get the same service and support for your projects if you’re sitting in downtown Denver as you can get in downtown Telluride or downtown Aspen,” Schmidt says.

The units in each location can be managed remotely, so the IT staff in Denver can support them as if they were there in person. If there’s a problem at a location, the IT team can simply send out a reserve unit to use during maintenance. “The business goes on,” Schmidt says.

The investment was well worth the cost, he says. The new system provides reliable access to the Internet from any location and makes teleconferencing simple, so employees from any of Thurston’s 10 offices can collaborate on a regular basis without traveling.

“It helped us concentrate key resources and then use them to benefit stores throughout the state,” Schmidt says. “It was a huge cost saver.” The system saved untold labor and cut back drastically on phone and data charges.

“We’re probably at half of what we once were,” he says. “The savings were instantaneous.”

Employees don’t even notice the system anymore, Schmidt says. “It’s that loyal horse that we have out on the ranch that just always comes when we need it.”

Taking the Leap of Faith to Enterpise-Grade IT

Although the initial step to enterprise-level systems can be intimidating for SMBs, as Shutterstock’s Fischer attests, it can translate into smoother operations and expanded capabilities while delivering a quick return on investment.

“With the new core and upgraded firewalls, we’re able to pass 10 times the amount of traffic than we did before,” he says.

But Central Eye Consultant's Binder advises patience for any business looking to upgrade its technology infrastructure. “When you take on a major project, it’s stressful. But in the long run, it does pay off.”

Not only did Shutterstock’s infrastructure upgrade result in a more robust network, the project team earned an education in the process.

“There are all kinds of things that we learned,” says Chris Fischer, vice president of technology operations.

Here are a few lessons he offers those about to embark on a major upgrade: