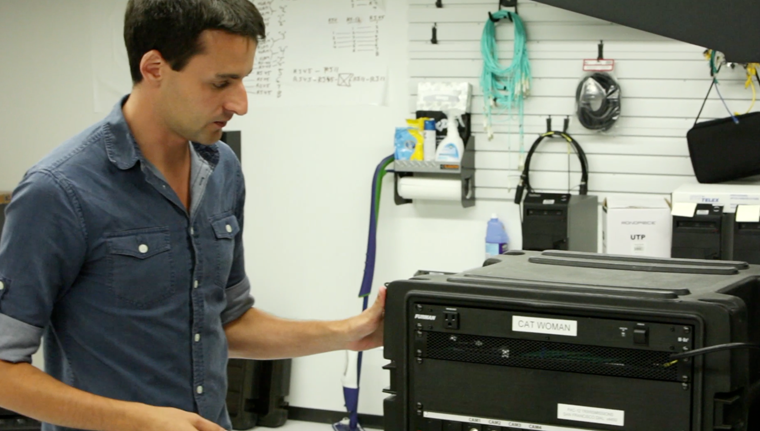 “We have this box called a MIO and it stands for mobile input-output. It essentially connects to our network with a specialized fiber cable. We have installed boxes at every single venue, or we will have them at every venue shortly,” he says.

The MIO box replaces the satellite truck and sits next to the edit bay truck, uploading and downloading data throughout the game. Adametz says the MIO box is an LC-LC fiber connection, but it’s rugged and weatherproofed. It’s also lightweight and about four rack-units high.

So far, Pac-12 Networks has built and installed 12 MIO boxes – one at each university in the Pac-12 conference.

While the tech is serious, the Pac-12 IT team has had a little fun with the MIO boxes, as they’re all named after Batman villains such as Catwoman, Killer Frost and Poison Ivy. The Batman connection is appropriate, since the high-speed connectivity the boxes provide would compete with the supercomputer technology in Bruce Wayne’s Batcave.