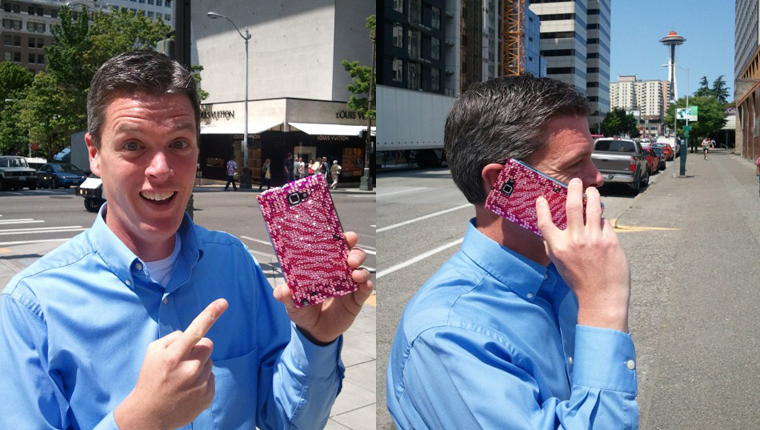 The phablet (a device that exists somewhere between a smartphone and a tablet) is one of the more divisive terms and devices in technology.

For a while, some were adamant that a smartphone with a 5-inch display was simply too big to be used as a phone. At the same time, tablet enthusiasts felt that a less than 7-inch screen was too small to work as a tablet.

Then Samsung made waves with its game-changing Galaxy Note (which many analysts and observers peg as the category-defining device) and sold more than 10 million units of the first iteration of the device. The Samsung Galaxy Note II, its successor, has been met with a similar response.

Benjamin Robbins, a co-founder of IT consulting firm Palador and a BizTech Must-Read IT Blogger, has been on a mobile journey for the past year: He vowed to work exclusively from his Samsung Galaxy Note II for 365 days. His one-year stint came to a close at the end of March.

We caught up with Robbins, a self-professed lover of the phablet, to find out why he fell in love with the device and why so many others have done the same.

BIZTECH: Is phablet a dirty word?

ROBBINS: There's a lot of fun wordplay you can do [with phone and tablet] and I think it keeps it light-hearted. While it's a silly word, [the phablet] does deserve its own class.

So I say, no, the phablet is not a dirty word.

BIZTECH: Which phablet device do you use?

ROBBINS: The Samsung Galaxy Note II. The screen size is technically bigger [than the previous iteration], but it's actually a narrower device. You can use it one-handed, which is great.

BIZTECH: What do you love most about your phablet? 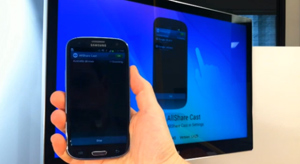 Work has really changed in the digital era, and I think the phablet replaces the heft and the bulk of the PC and the laptop and takes productivity to the next level.

Having more screen real estate is like going from a single-lane road to a four-lane freeway. You have more space to move around; you can be more effective.

BIZTECH: Where do you store it? Does the phablet have its own bag?

ROBBINS: Most of the time in Seattle you're wearing a jacket so I just stick it in my coat pocket. It's not so ridiculous in size that you can't hold it.

If I'm sitting down, I'll leave it in my jacket pocket so that it doesn't take up so much space or become distracting. Sometimes when I take the phablet out and lay it on the table, people start asking questions and get caught up in the device. I think face-to-face time is still important so sometimes I just put it away.

BIZTECH: We make fun of the Zack Morris phone and its inelegant, bulky shape and size today. Do you feel goofy holding the phablet to your head? 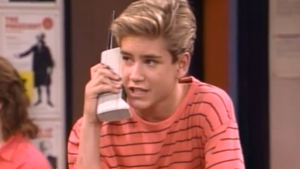 ROBBINS: Not at all. I hold it to my head, and I would hold something like the [6.3-inch Samsung Galaxy] Mega, too. I don’t care.

That being said, I think the 7-inch devices like the Google Nexus or iPad Mini are about as big as I would go.

You have to remember that phone communication is only one way that we use mobile devices. It's usually only intimate friends that you communicate with using voice. The rest of the time you're texting, doing email or using Facebook.

Voice is just a small part of the Note’s feature set, so to handicap yourself on how productive you can be based on one use case is a detriment to the phablet’s capabilities. Really, I don't even notice [the phablet’s size] anymore when I use it to make calls.

BIZTECH: How important is the stylus to the phablet, and has the phablet made it cool again?

ROBBINS: In all honesty, my kids use it more than me. In an on-the-go scenario, the keyboard is still faster for getting my thoughts down than handwriting. So that extra step of having to use the stylus isn’t always worth it.

However, if I'm doing software design with people, or user interface prototyping, I'll use a stylus to do that because you can draw concepts really quickly and get a higher degree of accuracy.

In many ways, the stylus is similar to the iWatch and Google Glass. All of these things are ways to get more out of the computer you're walking around with. It's really about the connectedness of things.

So I really think the stylus got a bad wrap in the past.

BIZTECH: There are a lot of hybrid devices like the phablet in IT. Why can't users make up their minds?

ROBBINS: I think it goes back to the power of choice. I think that the ability to produce all of these different options really allows people to pick the tool that’s right for them. For my use case, I don't care if [my phone] fits in my pocket; I just need it to be productive. To other people, that's a huge deal, and that's why the phablet to them is a huge, clunky device.

Samsung really kind of identified a gap that no one really thought existed. It allowed people to think, “Maybe I don't want both a phone and a tablet. Maybe I want something in the middle that really meets my needs.”

I think there are certain class devices that fill gaps and finding those gaps and hitting the mark is when you have successful products. You can see where screen real estate is getting important because even the iPhone screen is getting bigger. We want to see more and do more.