MENU
Log in
Daymond John of Shark Tank fame takes the ZBoard out for a spin.
Home»Hardware 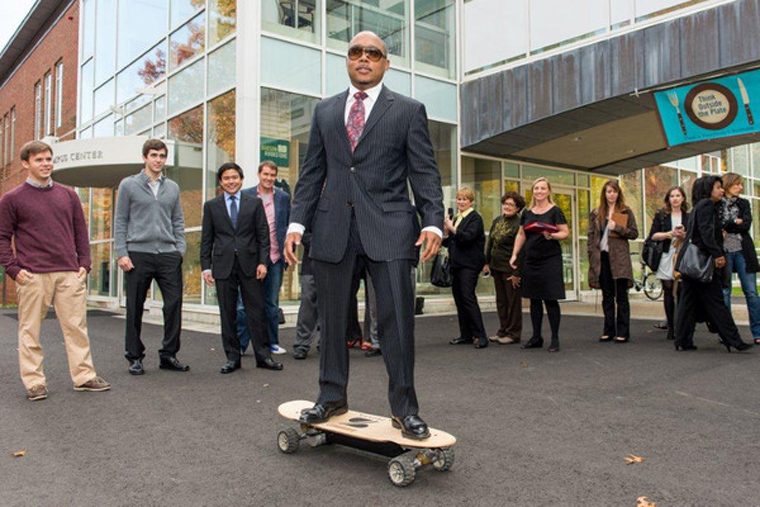 Remember how the Segway was supposed to revolutionize personal transportation for short- to medium-range commutes? While the media campaign around the Segway certainly imprinted the device on the minds of millions, the company recently said it has sold “close to 100,000 Personal Transporters” in the past decade, according to a statement issued to the New Hampshire Union Leader.

While it’s a laudable benchmark for the company, 100,000 Segways doesn’t come close to competing with the U.S. bicycle industry, which sold more than 15 million units in 2011, according to data from the National Bicycle Dealers Association.

One of the criticisms the Segway faces is that you look like a “dork” riding it, as Y Combinator startup guru and venture capitalist Paul Graham put it. 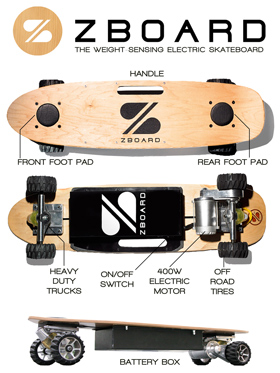 But skateboards are awesome. They’ve been cool since Bart Simpson first used one to ditch school in the ’90s and it’s maintained its caché among millennials with rappers like Lil' Wayne embracing the sport.

So why not marry the functionality of the Segway to the hip factor of the skateboard? Meet the ZBoard.

The weight-sensing, motorized skateboard is an ideal solution for people working in dense, urban areas or corporate campuses, says co-founder Ben Forman. In fact, the ZBoard, which he describes as part tool and part toy, is being used on some pretty high-profile corporate lots already.

“We've got ZBoards zipping around the Google campus, the Apple campus, the Symantec campus. We're hoping to have more partnerships with some of those companies,” Forman says.

As more young professionals migrate to urban areas and seek to work closer to home, Forman believes they’re likely to be on the hunt for something like ZBoard.

“People who live in dense areas or work on corporate campuses, we hear back from customers that they use it as their primary mode of transportation. For people like that, they really get a lot of value out of the board,” Forman says.

From Cool Idea to Real Wheels

The idea for building an electric skateboard first came to co-founders Ben Forman and Geoff Larson four years ago when they were students at the University of Southern California in Los Angeles. The two mechanical engineering students were trying to figure out a better way to get around campus.

“[USC] is a very spread out, car-unfriendly campus with poorly paved roads and slight inclines everywhere. So bikes and skateboards weren’t quite ideal, so we thought we could build a weight-sensing motorized skateboard,” Forman says.

The reason for going with an electric, motorized skateboard versus a regular skateboard boils down to a simple reason: Learning to skateboard is hard.

“Skateboarding is really difficult for a lot of people to learn. When you fall, you fall hard,” Forman says. “Skateboarding isn’t so ideal when there are slight inclines, un-ideal roads or you have to go a distance over a mile and a half. The ZBoard can handle long distances and poor roads.”

So what drives this smartboard? A small computer on the underside of the board.

“There is a built-in computer built into the battery box. The inputs from our footpads lead to that controller, and that dictates the speed of the motor. So the harder you move forward, the faster you go. When you’re at speed, the ZBoard will lean back and when you’re at a stop, it’ll go in reverse,” he says. 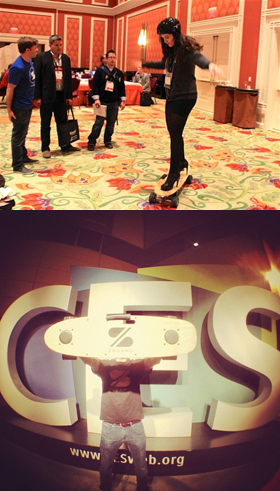 The vision for the product has been long in the making. Forman admits that it took the team a long time to take the product from concept to market, and they relied on the power of crowd funding platform Kickstarter to launch.

"Kickstarter was incredible for us. We were able to pre-sell hundreds of orders and have that cash in hand. So then we could use that cash to purchase the bill of materials and build out our facility,” he says.

The company recently made a splash with attendees at the Consumer Electronics Show in Las Vegas. Forman and the ZBoards team exhibited at Eureka Park, thanks to the company’s ties with Startup America, which helped introduce the product and company to potential customers.

“We had a lot of people trying it in our aisle, and we had people constantly stopping us in parking lots and hotel lobbies. People are always surprised by how powerful and how fast it can go,” Forman says.

The ZBoard can ramp up to 17 miles per hour, which doesn’t sound terribly fast when you think of a car, but for use indoors, it’s quite speedy.

Life as a Hardware Startup

Unlike some of the rock stars of Silicon Valley, Forman and his co-founder are mechanical engineers, not computer scientists. Furthermore, ZBoards is a hardware startup, not a software-based startup like Facebook and Google were.

Operating in the hardware side of technology means that the quality bar for shipping goes way up.

"It's very difficult to troubleshoot and fix a hardware product. With a website, you can basically just change the back-end code. If it's a piece of software, you can e-mail out a patch. With hardware, there wasn't room for known errors going out to customers. Everything had to be robust and built in our initial shipment," Forman says.

Hardware companies also face logistical challenges. While it was feasible for Mark Zuckerberg to launch Facebook from his dorm room at Harvard University, Forman has to worry about securing warehouse space.

Not that he’s complaining. The post-CES response to ZBoards has been positive, he says. And the company is looking to expand into offering new accessories, such as upgraded wheels, headlights and taillights.

The move makes sense. Millennials are, after all, the customizing generation. The race for the most pimped-out, futuristic, personal transportation vehicle since Marty McFly’s hoverboard is officially on.