Dave Ediger, CTO of Midway Motors in Kansas, likes that the company’s new Wi-Fi network is easy to configure and manage.
Home»Mobility

Midway Motors went wireless years ago. But recently, the company had to get serious about it.

“When they needed more wireless coverage in a par­ticular area, they’d buy another consumer access point and configure it,” he says. “It was the most expedient thing to do at the time, but it was a tremendous hodgepodge, without a lot of coherency.”

But as cars became much more sophisticated, many manufacturers ditched old diagnostic tools in favor of black boxes that use Wi-Fi to relay information to ­technicians’ notebook computers. Like a lot of small and medium-sized businesses across many different industries, Midway found itself playing catch-up with its wireless network to support its shops’ operations.

“Virtually anything that happens with cars these days is computer based, and the technology world has shifted to a mobile and wireless model,” Ediger says. “That’s part of what drove us to expand our wireless program. We needed to make sure we had good equipment and a good infrastructure to support it. It does us no good if the wireless isn’t robust and [fails] when a technician is doing a firmware update on a car.”

About a year ago, Ediger began replacing the hodgepodge Wi-Fi gear with Aruba access points and switches. He ended up buying 20 APs — half of them for the main location, the rest spread out among the other three dealerships. Once the first access point was ­configured, the rest automatically adopted the same settings.

As a one-man IT shop, Ediger says he appreciated how easy it was to configure and manage the Aruba APs. He used Aruba’s VisualRF tool to map out where he needed signal strength and find the optimal location for each device. Now he manages all 20 devices from a single control panel via any connected computer.

“There was some trial and error involved,” he acknowledges. “Our main location is 40 years old. It’s been chopped up and added to a few times. And when you have a lot of vehicles and electrical equipment running in the shop, it can create interference.”

Ediger says one nice thing about the company’s Aruba Wi-Fi network is that it’s easy for him to identify coverage holes where the wireless signal isn’t strong. He can then relocate access points to fill those gaps.

Because every Midway Motors dealership uses the same network and security settings, employees can take their mobile devices from one location to the next and automatically log on. If a wireless diagnostic system fails at one dealership, technicians can borrow a system from another shop and get back to work ­immediately.

In addition to beefing up the Wi-Fi ­network that covers its service departments, Midway added a guest network so customers could access the Internet via their mobile devices while waiting for their cars. Each Aruba AP is configured with a second service set identifier (SSID) for guest access.

“The Aruba network also lets me speci­fy separate settings for each SSID,” Ediger says. “In this way, endpoint devices using the guest SSID are fairly segmented from our corporate SSID.”

Midway plans to deploy ­Windows 8 tablets on the shop floor. Car manufacturers have embraced the platform, and many diagnostic systems run it, so adopting Windows for mobile computing helps minimize the number of operating systems Ediger must support.

Down the road, Ediger says Midway Motors will expand its Wi-Fi network to cover its showroom floors. That way, salespeople can access online resources while tending to prospective buyers.

“From the standpoint of a single-person IT department, particularly one ­serving multiple locations, Aruba is ­extremely ­efficient,” he says. “The well-worn phrase ‘Set it and forget it’ really applies.”

One Size Doesn’t Fit All

Like SMBs themselves, Wi-Fi imple­ment­ations for small to medium-sized companies are all over the map, ranging from single-AP solutions for a simple office to campuswide networks across multiple buildings. The solutions that SMBs choose vary just as widely.

What is your company’s focus when it comes to wireless?

In Baltimore, ­Nationwide ­Insurance agency Dietz and A­ssociates decided to become more ­mobile, ­and found that ­Wi-Fi was an essential part of the equation.

The agency is in the process of replacing aging desktops with notebooks, swapping landline handsets with smartphones, and moving from closed-door ­offices to shared workspaces, an ­approach that lends itself well to mobility solutions.

“Having people be more mobile generates more money than having them sit at desks all day answering phones,” says Rob Kraft, an associate agent who also serves as IT and marketing director for the six-person firm. “We want our people to come in only when they need to do paperwork, and then go back and do their sales thing.”

He replaced the firm’s wired network with Wi-Fi, using a consumer-grade ­Linksys router from Cisco Systems. (In January, Cisco announced it was selling its Linksys business to Belkin.)

On the other end of the spectrum sits the San Mateo Event Center (SMEC), home to the San Mateo County Fair, the International Motorcycle Show and other large public events. A year ago the center decided to expand its small internal ­Wi-Fi network to reach all seven buildings on its 48-acre campus.

“In the heart of ­Silicon Valley, it was necessary for us to provide this kind of service,” SMEC ­Finance Director Diane Baumann says. “The kinds of clients we want to attract and retain demand this kind of infrastructure.”

Because the SMEC already had access points in place, it decided to build around them, says Jared Putnam, a systems ­engineer for CBX Technologies, which was hired to implement the network. Putnam started by upgrading the wireless coverage in the center’s largest hall, but soon discovered the network backbone was not robust enough.

The CBX and SMEC operations teams had to run fiber between buildings and upgrade all of the switches. Bandwidth also was an issue. The SMEC’s 12-­megabit DSL line was adequate for servicing the center’s 32 employees, but not the needs of 10,000 Internet-hungry visitors. A 100-megabit business-class cable connection was implemented, which ­allowed SMEC to offer live streaming of events to clients who needed it.

“Once the center realized what the network was able to do, they realized they could sell those services to clients and ­essentially become their ISP for a day or two,” says Putnam. “We began to look at getting more bandwidth, more devices and better ­coverage for each area.”

It was a more expensive project than the center had anticipated, involving more than 70 APs, a new backbone and dozens of switches — and there’s still more work to do. But the payoff has been equally surprising: The center expects to see a return on investment in less than 18 months, or half the time it had originally planned for, Baumann says.

“My best piece of advice is to make sure you have a comprehensive plan ­before you begin,” she says. “If we hadn’t had a firm plan and project scope from the beginning, it could have become a real nightmare.”

1. What’s your usage scenario? This will help determine how much bandwidth you require and how dense the coverage needs to be.

2. What’s your strategy for guest access? Many organizations offer free Wi-Fi to visitors without considering the impact on bandwidth or security, says Zimmerman.

3. Who’s your technology partner? You want a vendor that knows the technology from the ground up, not a network installer just getting into the wireless side of the business.

4. What do you really need? Define what you need, not just that you need a network. 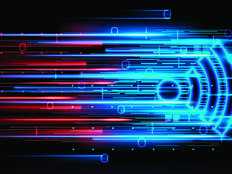