Unified communications has helped Lionbridge, a company based in Waltham, Mass., that translates software and online content for close to 800 brands in 50 languages, become a truly global company.

“Before we had unified communications through Microsoft Lync, it sometimes felt as if we were just a collection of local offices,” says Mark Nesline, the company’s senior vice president of engineering. “Most of our offices overseas were self-contained.”

Now, the company’s 4,500 employees in 26 countries can work more collaboratively, creating sessions that let them share PowerPoint slides and Excel spreadsheets via the company’s voice over IP network. They use the technology to get real work done on projects, says Nesline.

“What’s great is I can encourage people to collaborate over the network without worrying about the cost,” Nesline says, adding that running Lync over VoIP is expected to save the company nearly $3 million in telecom costs within the initial deployment. “It’s also very easy to use; all the employee has to do is see the person’s name and click on it within Lync, and they are instantly connected with colleagues around the world.”

The percentage of U.S. workers who became remote or mobile by the end of 2012

The latest step, Kaldestad says, has been to take unified communications mobile. Salespeople use softphones — software that lets a user make a phone call from a computer — when they are on the road, as do the company’s growing number of home workers.

“People can sit at home, click on my name and get me immediately,” says Nesline, who adds that he uses the Lync mobile client heavily, mostly to join conference calls.

Mobile UC is emerging as a technology that offers major benefits for many small and medium-sized businesses.

“UC capabilities such as IM, e-mail, conferencing and click-to-call can be provided and accessed via mobile devices, enabling people to use the same user interface across all devices,” says Blair Pleasant, co-founder of UCStrategies. “Most, if not all, UC manufacturers now offer some type of mobile client, which allows users to access these UC capabilities on their smartphones, tablets and mobile notebooks.”

“We looked at other tablets, but the physicians liked the iPads, finding that they have a really clean interface,” says Kirk Gillis, vice president of the healthcare provider.

Gillis says the doctors using the iPads are all based in Reno, mainly because if a rural patient was seen face-to-face by a specialist, that doctor is likely based in Reno. So any consultations over an iPad to the remote telemedicine facility will be done by the specialist who saw the patient originally.

The doctors using the iPads will leverage a system that was built over the past few years and includes electronic medical records as well as the telemedicine capability.

1: Figure out the business rules. Silva advises organizations to decide how to direct calls to the correct person well before deployment. For example, he suggests that when a help desk call comes in to customer support, the organization route the call to the next available customer support person with expertise in the area of the problem. An organization can route calls to the best available alternative by coding skills and expertise into staff directories or other knowledge bases. Using UC to improve efficiency quickly becomes as much a human capital issue as a tech one.

2: Make critical infrastructure decisions. Many organizations need to upgrade their infrastructures to support UC features such as the capability to locate users. In many cases, standard Wi-Fi networks designed for data access don’t provide the granularity of detail needed for such location services, so organizations should add more density to the Wi-Fi network and deploy a location server to route calls properly.

3: Train the staff. Create awareness across the staff of what UC technology can do and the appropriate uses for it.

4: Choose the right partner. Different providers — from giant IT corporations to smaller firms — offer a variety of options and price points. Research what’s available to find the best fit. 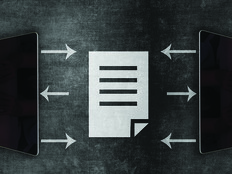 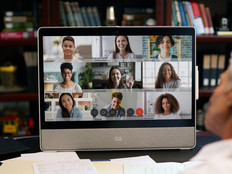