There is little doubt that the reduction of hardware and the increased scale that virtualization brings is an efficiency game-changer for almost any IT environment. But virtualization shouldn’t be deployed in isolation. In order to get the most out of a virtualized infrastructure, network optimization must be implemented as well.

Enterasys, a provider of networking solutions, conducted a global data center survey and found that many respondents weren’t reaping the full benefits of their virtualized IT.

According to the survey, 29 percent said they had increased spending on networking solutions by less than 10 percent after deploying virtualization; 24 percent of respondents said they’d spent approximately 20 percent more.

But spending on network optimization doesn’t always ensure success: 64 percent of respondents said that in spite of virtualization and network optimization, they still face challenges in application throughput and end-user experience. This points to the need for ongoing management, testing and experimentation to achieve maximum efficiency.

The best place to start with network optimization is monitoring, and the good news is that more than 60 percent of data center administrators are aware of the number of VMs running in their environment at a particular time. The bad news is that only 9 percent of administrators have deployed full automation for VM management and network infrastructure.

Check out more results from the Enterasys Global Data Center Survey in the infographic below. 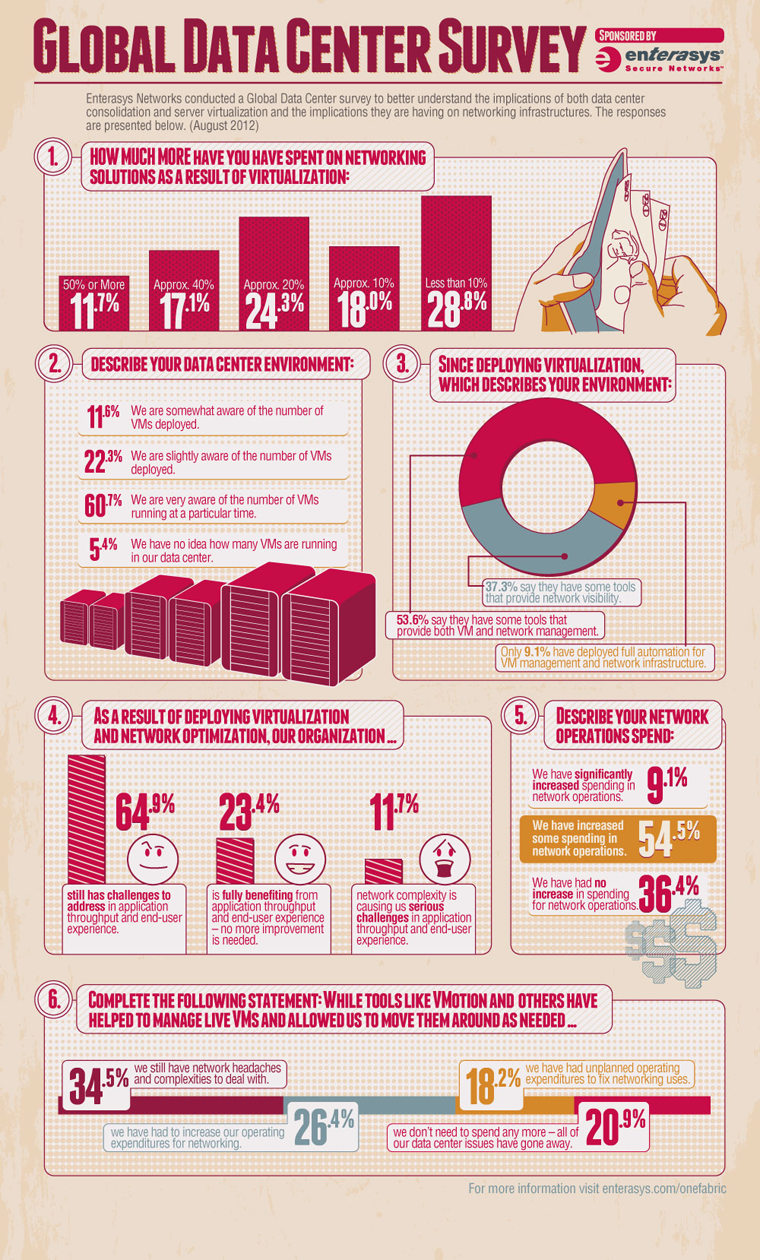