Some might assume that, given its ubiquity, the web’s reach has nearly peaked. Not so, according to data from Cisco Systems.

According to research from its Visual Networking Index, IP traffic is set to reach 1.3 zettabytes by 2016. To provide context, a zettabyte is equal to 1 billion terabytes, and a terabyte is equal to 1,000 gigabytes. This growth means Internet traffic will essentially quadruple in four years. The term big data is clearly not a misnomer.

A few other highlights from Cisco’s research include:

This growth of web traffic will no doubt be spurred on by the growing adoption of cloud computing providers and consumers, who will be dependent on always-up Internet connections to do daily activities for work and leisure.

Check out Cisco’s press release for more information on its data. 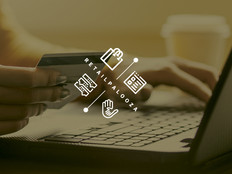