The alarms were sounded last year when the final IPv4 addresses were handed out to the five regional Internet registries. The inevitable transition to IPv6, which had been put off for so long, was now a must-do item for the Internet community.

The tech industry ran a dress rehearsal of sorts last year on IPv6 day, which went off without a hitch for the most part. But this year, on June 6, the switch is going down for real.

What does this mean exactly? It means we can expect to start seeing Internet service providers and major websites shifting to IPv6 traffic slowly but surely this year.

Iljitsch van Beijnum, a writer for Ars Technica, attended the 83rd Internet Engineering Task Force in Paris and got the scoop on what several ISPs, networking device companies and major websites were planning ahead of World IPv6 Launch.

As part of World IPv6 Launch, [Time Warner Cable and Comcast] committed to have one percent of their customers using IPv6 by June 6. But as 30 percent of their consumers use Windows XP (which doesn't have IPv6 enabled out of the box) and 70 percent have a non-IPv6-capable home router, they need to enable IPv6 on a rather significant number of subscriber connections to hit that seemingly unambitious one percent. New Comcast and Time Warner Cable users — and also many existing users — will gain IPv6 connectivity over the next three months, and more after that. However, different cities will get it at different times.

Speaking of home routers, Cisco, the new home of Linksys, has a lineup of routers that have IPv6 enabled by default. The same is true for D-Link. These IPv6-enabled home routers are set up to request a range of addresses on their WAN side and redistribute those on the LAN side. This way, IPv6-capable systems automatically get both IPv4 and IPv6, while everything else continues to use IPv4 as usual.

[Websites] are again joining the party this year, but they won't remove their server's IPv6 addresses from the DNS again after the 24 hours is up. Google's Lorenzo Colitti is looking forward to welcoming that one percent of IPv6 users from the participating ISPs on the Google servers. He stressed that publishing IPv6 addresses in the DNS permanently this year is only realistically possible after World IPv6 Day. It showed that it was possible to enable IPv6 for the whole Internet without significant impact.

If they haven’t started already, IT workers will need to prepare for the IPv6 transition within their own companies. You can consult BizTech’s “What You Need to Know About IPv6” for more information. 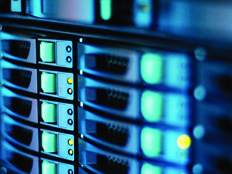