For its first few years in business, ­Corporate Mailing Services had just one server. Then, its staff of 40 grew to 160, and that one server morphed into 13.

As the business expanded, IT Director Tim Steward spent an increasing amount of time fussing over space, cooling and maintenance for that passel of servers.

“With aging equipment, the voice in the back of your head starts to say, ‘OK, this is going to go pretty soon,’ but you can’t just replace it without resources,” Steward says. Instead, he started thinking about how CMS could shed servers.

Step one was moving the Baltimore company’s mail server to the cloud. Now, CMS is in the process of rolling out virtual servers that Steward eventually expects will also migrate to the cloud.

Small and medium-sized businesses such as CMS find the efficiencies of the cloud tempting: reduced real estate, ­maintenance and energy costs combined with easier ­remote access to data for offsite employees and better disaster preparedness. Plus, SMBs also appreciate that tapping into the at-the-ready infrastructure of a cloud provider gives them unprecedented scalability, making it simpler to keep pace with fast-­changing technology, says Laura DiDio, principal analyst at IT Intelligence Consulting.

“SMB IT shops are consumed with the everyday operations of keeping the business running, and that in itself has gotten more complex,” DiDio says. “They’re dealing with the rise of the ‘prosumer’ — the consumerization of IT in the professional workplace. More workers are remote and using their own equipment; standardization is out the window.”

Relieve the Burden with Cloud Computing

Not only can cloud services take a load off the IT department, but the pricing can pale in comparison to the costs of salaries, benefits, infrastructure, licenses and maintenance, DiDio adds. That doesn’t mean migrating IT serv­ices to the cloud is simple or smooth.

Steward likes to compare cloud service to a six-lane highway that’s accessed via a two-lane country road. “The speed would just be 10 times faster because those servers are a lot more powerful than anything we have,” he says. “But it would require so much bandwidth to get to the cloud that, at this point, it would be ­negligible.”

If you have everything in the cloud and just run thin clients, “you’d need a pretty big pipe to do all that — even gigabit bandwidth is pushing it,” Steward says.

That’s why the CMS strategy is to ease in. About five years ago, the company got rid of its Exchange server and made the move to cloud-hosted e-mail. It made life easier in many ways, but Steward didn’t have direct access to the server, which ­became frustrating.

For that reason, he began moving to Microsoft Office 365 in January, which gives him control over the server, and the cloud service offers not just e-mail but an entire Office suite online, larger mailboxes, single sign-on and automated network security policies. Plus, Steward adds, “I don’t have to worry about the hardware” or managing Exchange.

That still left him with 12 physical servers, so he implemented VMware and, in one week, eliminated three more servers. “I saw the temperature drop in our server room probably by 10 degrees,” Steward says. He plans to virtualize an additional six servers and — if the bandwidth is ade­quate — begin moving some infrastructure and processing to the cloud. 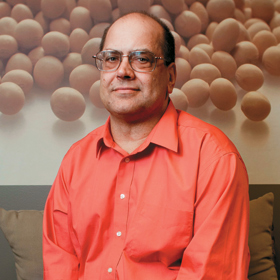 “We have the capability of salvaging our business from any type of disaster you can think of. I can’t put a price on that.”
– John Gazdacka, Systems Engineering Manager for Spins

“There’s nothing wrong with taking baby steps,” Steward says. “I’m a cautious person by nature.” But the advantages of the cloud, he adds, are worth exploring — especially for new businesses. “If you’re starting with zero, the cloud would be the way to go,” he says, “because you have instant access to all the ­infrastructure.”

CorePower Yoga took a similar path to Office 365. Although the company has only 180 employees, it’s two-person IT team manages some 280 e-mail accounts and supports 900 contractors at 62 locations spanning five states. Distribution lists were constantly in flux.

“We have so many people that we get multiple requests per day to add or remove people,” IT Manager Chris Driscoll says.

E-mail is critical. If an instructor is out sick, a studio manager needs to be able to reach out on short notice to other instructors who might be able to cover missed classes. “The more stable we can make it, the better, with a small IT department,” Driscoll says.

But stability wasn’t a word he would use to describe the Denver company’s old e-mail setup, which required extensive administrative overhead. CorePower Yoga’s leaders wanted a system that was easier to manage and offered features such as a shared calendar and the ability to let studio managers handle their own mail distribution lists.

This winter, CorePower Yoga moved to Office 365. Firewalls, antivirus, a spam filter and intrusion protection — “it’s all built in,” Driscoll says. “We’re a staff of two that’s handling everything, so this is a good way of doing it.”

Moving to cloud services makes it easier for staff to communicate and coordinate, but Office 365 comes with other advantages, too. A primary one is that the small IT shop can access Microsoft tech support 24x7. “It’s like having expert staff on your team,” Driscoll says.

CorePower Yoga spent a few months migrating data to the new system so that the interface would look the same to ­users, with the same settings and folders. “Data migration was the biggest part,” he says. But, he adds, “once we were on it, we were happy.”

Ready for the Worst

When John Gazdacka started three years ago as manager of systems engineering at Spins, the company’s data backup process made him nervous: The Schaumburg, Ill., market research company had been backing up to tapes stored onsite. “Knock on wood, we’ve been lucky,” Gazdacka says. “We haven’t had any ­disasters.”

What is the benefit of adopting cloud computing?

But he wasn’t going to leave it to fate. Spins’ product is data — it sells its research information to natural and specialty produce manufacturers — so he couldn’t risk its destruction or compromise. Gazdacka initially considered storing tapes offsite, but that was still risky. Tapes go bad over time, so they need to be refreshed; in the event of a disaster, they’re not instantly available; and they can be stolen.

Security, reliability and ease of ­access were his top priorities, so he ruled out tape. He next looked to the cloud, but his preliminary quotes were in the $10,000-per-month range. “That was out of the ballpark for a small company,” he says. But data backup was mission-critical, so he kept looking. That’s when his CDW account representative suggested Cbeyond hosted cloud service.

Spins began local backups in ­December and now has three copies of its data — one onsite, one that it uploads to Cbeyond and an extra copy that Cbeyond stores in case of an emergency. “We’re three levels deep into our backups, and it still ended up being 10 percent cheaper than anything else we found,” ­Gazdacka says.

Other vendors came down in price too, but he was sold on ­Cbeyond ­because it offered Spins its own server. Other providers offered partitioned space, and even though the data is encrypt­ed, “knowing that it was in the same pool made us nervous because that’s our business,” he says.

Spins is using the cloud not only to back up its databases, but also for business applications and e-mail. The main efficiency, Gazdacka says, is that Spins can access data from any location. If the business moves or creates a new data center, all he needs to do is get hardware into the new location, then connect to Cbeyond and download the data.

“That’s what this whole deal is all about,” he says. “The main focus was disaster recovery and business continuity, so it’s everything we wanted.”

The service also saves time ­because Gazdacka doesn’t have to manually back up to tapes anymore. Plus, backups — centrally located and easily deleted, archived or searched — will likely get more use, he suspects.

Beyond the efficiencies, though, “there’s the peace of mind that we’re getting. We have the capability of salvaging our business from any type of disaster you can think of,” says Gazdacka. “I can’t put a price on that.”