Bel-Art Products is a leading manufacturer of plastic and specialty products for laboratories. The company has worked hard to position itself as an industry innovator and an implementer of best practices across the IT infrastructure.

“Information technology is a key to driving performance and staying at the forefront of the industry,” states Dan Schofield, IT director for Bel-Art Products. “The ability to maximize resources and reduce costs is a key element in achieving the best possible results, internally and with customers.”

Last spring, Bel-Art executives determined that the firm’s IT infrastructure needed to become more streamlined and efficient. As a result, the company implemented VMware server virtualization as a way to reduce costs, trim hardware maintenance and boost flexibility.

However, IT innovation didn’t stop there. In order to further leverage the virtualized server infrastructure and shape a more efficient IT environment, Bel-Art moved to a unified storage solution and put other key systems in place, including a robust business continuity (BC) and disaster recovery (DR) system.

This approach has helped the company save money, boost productivity and reduce overall demand on the IT department. More importantly, it has helped Bel-Art stay at the forefront of technology innovation and provided maximum flexibility and agility. “We have become more efficient while maintaining our competitive edge,” Schofield says.

Over the last few years, the number of organizations utilizing server virtualization has increased exponentially. Market research and consulting firm IDC forecasts that more than 23 percent of all servers shipped in 2014 will actively support virtual machine technology and more than 70 percent of all server workloads installed on new shipments in 2014 will reside in a virtual machine.

A growing number of companies view virtualization as a way to reduce physical servers. They also see it as a way to build a more powerful and cost-effective computing infrastructure that’s right for today’s “doing more with less” business philosophy.

Bel-Art Products is no exception. The Pequannock, N.J.-based firm is a major player in the laboratory and chemical supplies industries. The company is a leading manufacturer of products used in the laboratory. In fact, Bel-Art’s Scienceware brand can be found in daily use in laboratories worldwide. The firm also serves the industrial safety, educational science and packaging markets.

What’s more, Bel-Art’s success in foreign markets has been recognized by the U.S. Department of Commerce, which has honored the company with the Presidential ‘E’ Award for excellence in export sales. Over the years, through internal growth and acquisitions, the company’s footprint has expanded significantly.

In addition to the headquarters in Pequannock, the firm operates a warehouse in Wayne, N.J., and manufacturing facilities in Kansas City, Mo., and Pocomoke City, Md. Not surprisingly, Bel-Art’s IT infrastructure is crucial to enterprise resource planning (ERP), manufacturing, logistics, sales and various web capabilities, including an online store.

The company has approximately 300 employees. As for its IT department, Bel-Art employs a staff of five, including three programmers and two desktop support staff.

“We recognized the need to build a better data center,” Schofield says. “We had 13 rack servers, and we had been dealing with high temperatures in the server room as well as power issues and some server sprawl.”

The first step toward virtualization was the purchase of three high-performance servers that could be optimized for the IT environment. The company turned to HP ProLiant DL380 G6 servers, which are designed for high availability, expandability and manageability.

At the same time, the company had to sort through different virtualization options and find a manufacturer that could provide the performance and the security level it required. Bel-Art selected VMware vSphere based on its performance specs and overall record for success, Schofield notes.

Over a two-month period during summer 2011, the company began swapping in the new servers, installing the virtualization software and testing the systems to make sure everything worked properly.

“A key consideration was ensuring that the virtualization environment matched the server infrastructure already in place,” Schofield explains. This meant connecting to Citrix XenApp application virtualization so employees could share files across the network without disruption. Then, it was important to verify that an SQL database residing on one physical server would function correctly, and keep other systems, including a mail system and two domain controllers, in check. In the end, the company was able to consolidate two server racks — 13 overall — to one rack with three servers.

Although Bel-Art plans to use the storage now, it’s also designed to serve as a platform for future growth and data expansion. The company’s data requirements are expected to grow rapidly over the next three to five years. The devices boost storage capacity from about 1 terabyte to approximately 8 terabytes.

The goal, says Jeremy Vicedomini, corporate account manager at CDW, is to avoid adding a wide variety of devices and systems to the IT environment in order to keep up with storage demand. “It was a way to nip the issue of expansion in the bud and build a robust foundation for growth. We did not want to use a short-term fix whenever the company required additional storage capacity,” he explains.

Another important consideration: adding sufficient uninterruptible power supply (UPS) systems in order to avoid power failures and assorted glitches. “In the past, we had an assortment of UPS systems and, when the power went out, some servers would stay up and continue running normally while others would fail,” Schofield says.

The company’s IT executives decided to update and consolidate the devices so the risk of downtime would decrease to near zero. An added benefit is that the company is now able to protect all servers from power failures and current fluctuations.

Finally, Bel-Art built a foundation for a more robust business continuity and disaster recovery model. It put Symantec Backup Exec in place and installed a VMware module that allows the organization to back up virtual machines (VM) as snapshots — an approach that will make backup and restores easier and faster in the future.

“It’s a much cleaner solution compared to having a number of backup jobs going on and grabbing little pieces of the file systems,” Schofield notes. The old way meant restoring everything manually in the event of a failure. The new BC/DR system handles the processes seamlessly and automatically. 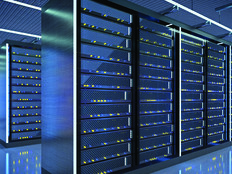