Like many small and midsize companies, Food Warming Equipment has a range of IT needs and high expectations for support.

“We manufacture sheet-metal products and assemble them,” says Martin Szalay, IT director for the Crystal Lake, Ill., company. “We used to design products on cocktail napkins, but we’ve gone to 3-D modeling and a number of server-based applications. Technology helps our company outpace the market.”

At the top of Szalay’s hiring wish list are employees skilled in network administration, help-desk support, troubleshooting applications, and the administration and customization of the company’s SolidWorks product data management system. Additionally, the company continues to automate processes and centralize resources, which tasks its network heavily. In the past two years, for example, Szalay has expanded storage capacity with a new storage area network and storage array, improved backup processes and recovery with Symantec Backup Exec, and sped application performance by moving from a patchy 10/100 local area network to a full Gigabit Ethernet.

“The most important thing to us is being an IT generalist with a passion for technology,” explains Szalay. “I need someone who can wear lots of hats. Whoever pulls that straw has to deal with the problem, whether it’s the ERP or a networked camera.” Szalay recently brought on several IT staffers to provide additional support, particularly for networking, Microsoft Windows administration and troubleshooting.

Food Warming Equipment is hardly unique when it comes to relying on IT talent to accelerate business growth, according to tech recruiters. Faced with an uncertain economy and the pressures of a global marketplace, small and midsize companies require more from job candidates than ever before — including business knowledge and specific industry expertise, along with polished communications and interpersonal skills.

In a tightening job market, companies no longer will take a chance on a candidate who meets most — but not all — of their requirements. SMBs are more selective than large companies because they are less able to absorb the cost of bad hires, says Kathryn Davis Wolfe, CEO of HDB, an IT recruiting firm in St. Louis.

“If smaller companies don’t get the skills and experience they want, or if the person doesn’t fit the corporate culture, they pay a huge price in productivity and company morale, so they wait for the perfect candidate,” says Wolfe.

IT Hiring Trends: What are the top three most-needed IT skills at your company in 2008?

Perhaps surprisingly, security is missing from the list of most-in-demand IT job skills identified by recruiters. Wolfe mentioned it as an evergreen, not an emerging skill.

The omission is no indication that security has declined in the priorities of companies, says John Estes, vice president at Robert Half Technology in Menlo Park, Calif.

“We don’t get orders for security specialists,” he says. “When companies want to hire, say, a networking engineer, security is part of the overall skills package. Companies are always talking about protecting their networks and their data. It’s just so important, employers expect it from every hire.”

Small and midsize companies often look for an array of support skills in a single candidate. “Our needs run from the basic to the highly specialized, and because we’re a small company we need to be creative about filling them,” says Dave Robinson, CEO of New England Peptide. The Gardner, Mass., company manufactures peptides and antibody products for pharmaceutical organizations worldwide.

The five IT skill areas below are in demand right now, according to small-business IT chiefs and recruiters who spoke to BizTech:

When Robert Half Technology asked more than 700 CIOs at midsize companies to identify their most pressing IT needs for the first quarter of 2008, networking skills topped the list. BizTech polls showed the same results, which bolsters the U.S. Bureau of Labor Statistics’ ranking of network systems analysts and administrators as the fastest-growing job category in the U.S. labor force, with projected growth of more than 53 percent from 2006 to 2016.

Demand for networking skills is driven by the importance of network-driven technologies and the convergence of early, non-Internet-Protocol applications, such as analog voice systems, and the network.

Food Warming Equipment in Crystal Lake, Ill., is a prime example. “We had a shared drive a few years ago, which was pretty much the ‘Wild, Wild West.’ We gave people free rein in terms of access and rarely did [order changes] match up,” says IT Director Martin Szalay. The company shifted to centralized archiving and work flow with revision controls to reduce errors. Most of the projects that Szalay plans to tackle this year to improve business performance involve networking skills, including rolling out a server virtualization project and improving disaster recovery through system cloning.

“Everyone is hooked into the same grid through the network,” he explains. From the company’s networked surveillance cameras to its Voice over IP system to remote management, “everything runs off our Gigabit network.”

App development is a sizzling IT job area, but the clamor from companies is loudest for the many varieties of developers for the .NET
platform, especially those who work in the C# programming language.

“Approximately 40 percent of the orders from our clients are related to .NET development,” says David Warren, president of IT services firm Circle Consulting Services in Atlanta. “It’s a sign that Mr. Gates still gets his way in business.”

The managers of Microsoft IT shops — still the vast majority of business IT departments — consider .NET state-of-the-art, and they want to make sure that they stay current by hiring developers with those skills, says Carol Shea, vice president of the IT division at Berman Larson Kane, a staffing company in Paramus, N.J. “If they’ve invested in Microsoft technology, .NET is what they choose, whether it’s C# .NET or VB .NET, and those are the skills the developers are trying to build right now to make themselves more attractive,” she says. “It’s a natural development from Visual Basic, but the .NET Framework has established itself and nobody wants to go back.”

Other areas of application development are booming as well — Java, Ajax (Asynchronous JavaScript and
eXtensible Markup Language) and other
Web-development skills are in especially high demand.

As the tide of information continues to rise in companies, they are looking for people with a broad range of data management skills. Database administrators, migration specialists (such as ETL — extract, transform and load — developers) and candidates with Oracle or Microsoft SQL Server skills are all prized in the current job market. Jill Herrin, CEO of JDResources in
Memphis, says she recently received a flurry of requests for people with SQL Server
2005 experience.

Because of their high price tag and complexity, enterprise resource planning systems were once the exclusive domain of large companies. But as the business needs of SMBs have grown, so has the number of small companies using ERP systems (or at least modules from IBM, Oracle and SAP). ERP has become a necessity in some sectors, such as manufacturing, regardless of
company size.

As companies grow and automate business processes, the need for IT support to keep applications and infrastructure running keeps pace.

“Everybody in business needs this kind of support, and all sizes of businesses need it at a higher level of skill these days,” says Shea of Berman Larson Kane. “In smaller organizations, the help desk needs all that application and platform knowledge and might have to administer the
network, too.”

The most striking trend in IT hiring has little to do with a specific technical skill set.

“This is the biggest change I’ve seen in 20 years of IT recruiting,” he says. “We see it in almost every order we get. Technical skills are critical, but it’s almost as though they’re a given. Employers are looking for people who think about the whole project and how it will help the company and the bottom line. The days of a developer sitting in a cubicle coding for eight hours in isolation are long gone.”

The demand for IT workers with the range of skills necessary to participate in all aspects of the business is particularly strong in small and midsize companies, which tend to have small staffs but a great need for versatility, Estes says.

One of the bitter lessons from failed IT outsourcing initiatives in the past few years has been the need to keep IT involved in the company’s core business, says Jill Herrin, CEO of JDResources in Memphis.

“We get a lot of business from companies bringing IT back in-house, and they are consistently asking for a combination of business and technical skills,” Herrin says. “There are lots of business analysts out there looking for jobs, and there are plenty of people with most technical skills, but there aren’t that many with the right combination of deep skills on both sides to be qualified for the jobs we’re trying to fill for our client companies.”

The questions companies of all sizes ask about candidates have changed dramatically in recent years, adds Estes. “Clients want to know about the candidates’ past projects and the ROI of those projects, how they built revenues or cut costs,” he says. “They want real knowledge of how business works and how IT contributes to it.” 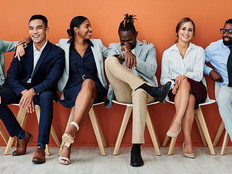 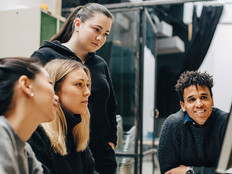