Among the most universal demands on IT managers and directors at small-to-midsize businesses is that they justify an expenditure today based on it paying off big tomorrow.

It’s the return-on-investment expectation that has become ever more prevalent as companies look for efficiencies and opportunities for rapid growth through IT initiatives. In the IT category, there would appear to be few technology leaps in recent years capable of producing the spectacular cost savings and improved manageability of server virtualization.

Virtualization acts as a resource multiplier. Businesses that have shifted to server virtualization report increases in processor utilization and decreases in the number of servers needed to power applications. Fewer boxes mean lower management overhead. By centralizing through virtualization, companies are seeing measurable savings in three areas: hardware, energy and agility.

Hardware Reduction: It comes down to basic math: By letting each processor take on more work, the typical IT shop can virtualize four to six applications per processor, VMware estimates, and a two-
processor server can run eight to 12 applications — up considerably from the one application per processor paradigm of the past.

That’s a big reduction in hardware costs, time and management overhead — in addition to reducing the amount of energy required to power those servers.

Energy Savings: What a company spends on power declines in two ways. Beyond the obvious — that virtualizing a certain number of servers will let a business save on the cost to power servers — there’s also the cooling load directly associated with keeping the data center humming.

Agility Gains: The added flexibility can prove valuable, too. Many companies use virtualization to create test environments (as opposed to duplicating their production environments to test new applications) and to handle disaster recovery. If you reduce the number of production servers from 20 to four, for example, you can reduce the number of test servers and disaster-recovery servers by that same number.

A virtual environment simplifies provisioning and backup because a generic hardware platform is created regardless of the actual physical hardware. “Because the entire ‘server’ is actually contained within a file, it is [easier] to back up the entire virtual server file and deploy it on new hardware in the event of a disaster or hardware failure,” says Tony Bradley, security consultant with BT INS of Mountain View, Calif.

Jim Shanks is executive vice president of CDW, an $8.1 billion provider of technology solutions for business, government and education, based in Vernon Hills, Ill. 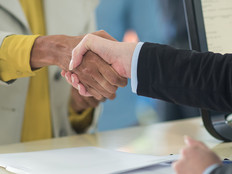