Poke around in any small business and you'll likely find them hidden away in a spare cubicle, room or closet: piles of old information technology equipment.

What to do with all that old equipment is a growing problem. Electronic waste is the fastest growing segment of the municipal solid waste stream, with much of that e-waste containing hazardous substances, such as lead, mercury, cadmium and arsenic, according to the U.S. Environmental Protection Agency (EPA). U.S. homes and businesses are discarding an average of 133,000 PCs each day, according to Gartner, an information technology (IT) research firm in Stamford, Conn. In the next three years, individuals and organizations worldwide will replace more than 400 million computers, says Gartner. Meanwhile, those piles in storerooms are growing: Government researchers estimate that more than 75 percent of all computers ever sold remain stockpiled in closets, garages, office storage rooms and warehouses.

While there is as yet no federal legislation governing electronic waste, local and state governments have begun regulating how consumers and businesses can dispose of the most problematic part of the PC, the cathode ray tube (CRT). CRTs contain lead and several other hazardous materials, which led the EPA to categorize them as hazardous waste in 2001. California, Maine, Massachusetts and Minnesota have banned CRTs from landfills, according to Jason Linnell, executive director of the National Center for Electronics Recycling in Wood County, W. Va. Three states—California, Maine and Maryland—have passed comprehensive recycling laws.

As awareness of the problem grows, small businesses across the country should be prepared with a strategy for disposing of their IT equipment. A winning e-waste strategy is based on three main principles: reduce, reuse and recycle, says Al Chaney, president and CEO of Computer Recycling for Education, a consultancy in Ranch Murieta, Calif.

"We need to focus on stemming the flow of computers into the waste stream," Chaney says. "While so much of the government legislation being passed is focused on recycling, this should really be the last choice for small businesses trying to get rid of e-waste clutter around their offices. Reusing old IT equipment that they already possess should be the first choice."

That's the strategy of Peter Walker and Partners, a landscape architecture firm in Berkeley, Calif., with 40 employees. "We attempt to utilize our decommissioned computers in one way or another. We either use them for noncritical functions or keep them on hand for spare parts, or we donate them to employees," says Annette Flores, network systems administrator at Peter Walker.

Reselling older IT equipment is another way to reuse it. "There will always be a market for less-than-cutting-edge IT equipment," says Chaney. He suggests trying to resell older but still useful equipment on Internet message boards. Alternatively, there are online sites specifically devoted to selling idle electronics equipment on the global market. There are also Web sites that provide information on nonprofit organizations that accept donations and links to lists of recyclers.

Todd Parent, CEO of Extreme Pizza, a growing pizza restaurant in San Francisco, takes a typical route for getting rid of obsolete electronics: donating to a nonprofit. "We've been donating our old equipment to Goodwill. Donating makes the most sense. We feel it's important to give back to the communities that we do business in." Local education programs, such as community colleges, vocational schools and public school districts, are also prime destinations for donating old but usable equipment.

If a company can't reuse, resell or donate the equipment, then it's time to take a trip to the local recycler. As e-waste legislation takes root in the United States, the number of commercial recyclers is growing. According to the International Association of Electronics Recyclers (IAER), there are more than 400 electronics recyclers in the United States. The IAER expects the electronics recycling industry to at least quadruple its capacity by the end of this decade.

The key is finding a reliable and trustworthy recycler. "Don't be afraid to ask for documentation," says Timothy Osgood, director of corporate recycling at Intercon Solutions, a computer and electronics recycler with 25 employees located in Chicago Heights, Ill. "Make sure the company is recycling domestically, and not shipping overseas to who knows where," he says. Also, check that the recycler has some kind of environmental management system in place, such as an ISO 14001 certification, which certifies that it does what it claims to do. Intercon's operation, for example, has been certified that it smelts down all hard drives, completely destroying their contents; that it recycles 100 percent of the equipment received; that it does not resell functioning equipment; and that no part of the electronics equipment it receives ends up in a landfill.

Flores uses a recycling company that a consultant referred her to when she joined Peter Walker in February 2003. "When I first came on board, we had a ton of stuff in the back room, and it was mostly stuff that we couldn't reuse." So she called the recycler and then opened up the process to all employees, so that they could also unload their unused home IT equipment. The recycler she uses, Computer Recycling Center in San Jose, Calif., takes everything, including monitors, fax machines, printers, CPUs, networking equipment, cables and keyboards. "They've made it very easy for us to recycle." Although CRC guarantees to wipe clean all hard drives, Flores makes sure that she deletes the partition on all hard drives to make sure that no sensitive data could be recovered. She also sometimes uses third-party software that scrubs hard drives.

Small businesses can also choose to recycle via take-back programs that many computer manufacturers, including the top five, now offer. Under these programs, the manufacturer will pick up the old equipment and recycle it for a price generally ranging from $13 to $40 per PC. Small businesses can also take advantage of limited recycling programs that a few national office-store chains periodically offer. Although these programs limit the number of PCs one customer can bring in, they can be ideal for a small business that has only a few computers to dispose of.

There are many simple solutions for properly disposing of e-waste, whether through reusing or recycling. And with more regulations likely, now is the time for small businesses to put together a plan for tackling that heap of old IT equipment growing in the back office.

"Small businesses are as concerned about the environment and doing the right thing as anyone else," says Osgood.

"Companies have a public image to uphold. It pays to be good global citizens."

Three states have passed e-waste laws, while several bills are floating around the halls of Congress.

California: The law, which went into effect in January 2005, requires retailers to pay a fee ranging from $6 to $10 for every electronic device with a CRT or LCD that they sell. The state collects this fee and pays it out to state-certified recyclers. For information, see www.ciwmb.ca.gov/Electronics/Act2003.

Maine: The law, scheduled to go into effect in January 2006, holds the manufacturers responsible for the costs of handling, transporting and recycling CRTs and flat-panel displays. Municipalities, manufacturers, state government and consolidators will work together to ensure that these items are delivered to specified recycling consolidation locations. For information, see www.maine.gov/dep/rwm/ewaste.

Federal: Several e-waste bills have been presented to Congress, but observers give them little chance of passage. Two of the bills, the Electronic Waste Recycling and Promotion and Consumer Protection Act of 2005 and the Tax Incentives to Encourage Recycling Act, would give consumers and businesses tax breaks in exchange for properly disposing of their e-waste.

A third bill, the National Computer Recycling Act, would add a fee to all new computer purchases along with setting up a grant program to start a national recycling program.

For More on Managing E-Waste 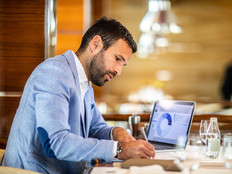 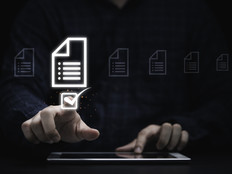 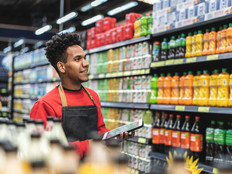