For obvious reasons, a big question on the minds of many businesses is what happens to the workplace when the pandemic ends.

Do employees continue to work remotely? Is everyone going back to the office? Or is there something in between?

This was a key topic of discussion during the latest event in the CDW Tech Talk series, which highlighted the role of the physical office in a post-pandemic world.

Host Matt McLaughlin kicked things off by pointing out that views on workplace differ significantly even among employers and employees: While a recent PwC survey found that 55 percent of workers hoped to continue working remotely at least three days a week, 68 percent of employers expected their employees to be in the office three days a week. “Something’s gonna have to give there,” McLaughlin said.

Fortunately, technology could ease the transition, no matter what direction it goes.

Stephen Miller, a technologist and brand ambassador for Lenovo, explained during the session that while employers may have used this time to improve their workplaces in anticipation for an office comeback, employees have been investing in their own home offices.

“If you want me to come to work three days a week, and I don’t want to, well, I might work somewhere else,” he said. “I expect to have that freedom, because I’ve spent money I’ve invested in my home to be more productive, and I’ve proved that I’ve become more productive.”

Miller suggested that a mix of factors would be required to make the workplace desirable enough for workers to return, including additional investment in technology and high cleanliness standards.

“I don’t work in a hospital, but I want to know that it’s clean,” he said.

These factors, Miller said, could lead to new workplace use cases, perhaps with employees visiting the office for short periods to collaborate.

“We need a space where nine of us can huddle together, knock this out in person, and then commute at 1 p.m., not at 4 p.m. in rush hour,” he said. “So, headquarters needs to evolve into a collaboration center.”

But at the center of all of this is increasing investment in technology, both in the workspace (for example, with conference rooms designed for multiple onsite users and remote employees alike) and for individual workers.

Miller spoke of the importance of offering USB-C docks in lieu of forcing employees to share keyboards and other input devices, as well as giving employees high-end technology to get their jobs done.

WATCH: How next-gen networking can power your business objectives.

With the expectation that employees might be working offsite more and, onsite,  may be working without a permanent desk as workplaces shrink, Miller said, it’s going to be increasingly important for workers that they have access to the best technology available, given that, in the grand scheme, it’s not that expensive — and poor technology could discourage workers from sticking around.

That said, some things will never change. Miller said, for example, that it’s unlikely laptops will be going away any time soon.

An Office Built for Collaboration

At 250,000 square feet, CDW’s new office at 625 West Adams Street in downtown Chicago is actually a bit smaller than the office it’s replacing.

But the downsizing is a good fit for the company’s functional needs, says Mike Wavrek, the director of real estate transaction management for CDW.

“The thought there was, ‘Hey, look, we can save a little bit on real estate costs if we start contemplating a more agile arrangement with respect to our seating arrangements and all the rest of it,’” he said. 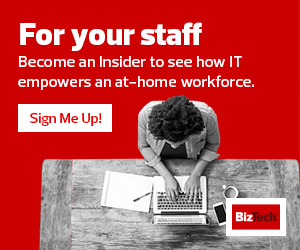 During the Tech Talk, Wavrek explained how CDW came to build an agile workplace that could adapt to worker needs, with a more modern design, an open floor plan and room for flexibility in the way people work — plus considerations for cleaning protocols in the wake of COVID-19.

“We’re working hard to figure that out, such that when our folks are back in the office, they’re feeling really comfortable and protected,” he said.

The new design, featured in videos during the event, includes a “digital learning studio,” in which a live trainer can speak to as many as 64 coworkers at a time, as well as an Apple-style “genius bar” for technical support, an “IT vending machine” giving employees access to technology tools as needed, and a large employee cafeteria built around modular furniture that can be used for presentations or entertaining clients.

Not everyone will have a full-time seat at the facility, Wavrek noted, but the company will focus on scheduling employees to be in the office programmatically, with as many as six open collaboration areas per floor with “technology to the hilt, in most cases.”

As Lenovo’s Miller emphasized, the jury’s still out on whether there will be a full return to a normal office, and Wavrek said that CDW would be willing to make further changes to create a more collaborative and flexible space, as needed.

“We want to make sure that our space can scale either up or down, meaning more or less collaboration space,” he said. “And the open plan really is conducive to that.”

Wavrek, who manages CDW’s real estate portfolio in North America, says that many of these changes will come to other locations over time.

“We’re looking into potentially making some changes in our other offices as well, because we believe that the hybrid workplace is the way of the future and it’s here to stay,” he said. 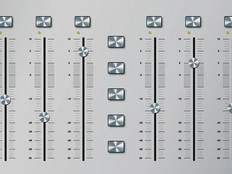 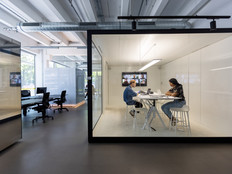