The world’s biggest technology companies are poised to partner with leading universities on a project that gives scientists access to the cloud data centers of the tech giants, a major boon to medical, social science and other research.

The next step is the creation of a task force of government science leaders, academics and industry representatives to outline a plan to create and fund the National Research Cloud. Lawmakers have proposed bills to do so, and the project enjoys bipartisan support.

Google and IBM are among the companies involved the project, which also includes research universities such as Ohio State and Stanford.

“The research cloud, though a conceptual blueprint at this stage, is another sign of the largely effective campaign by universities and tech companies to persuade the American government to increase government backing for research into artificial intelligence,” reports The New York Times. The Trump administration “has proposed doubling federal spending on AI research by 2022.” 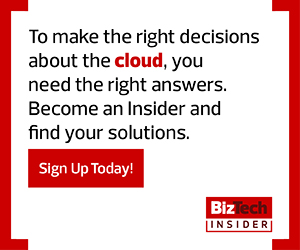 The government support for the initiative is driven by concerns that the United States is falling behind other countries, especially China, on cutting-edge technology. Advanced AI is regarded as a critical component of economic competitiveness and national security.

As AI capabilities advance, making further gains will require major computer resources. “Only the tech giants like Google and Microsoft can spend billions a year on data centers that are often the size of a football field, housing rack upon rack with hundreds of thousands of computers,” the Times notes. The National Research Cloud would change that.

“We need to get scientific research on the public cloud,” said Ed Lazowska, a professor at the University of Washington. “We have to hitch ourselves to that wagon. It’s the only way to keep up.”

How to Convince Shoppers to Download — and Use — Your Retail App