The manufacturing industry is in a state of transition. Businesses were already facing steep challenges in areas like productivity, predictive maintenance and supply chain management, and that was before the seismic shift brought on by the pandemic.

One thing that this transition has made clear is that the industry needs to shift to more digital operations. For manufacturers who have begun to move toward smart factories, this transition will be easier. A report from Deloitte notes that many of the technologies used in smart factories, including data analytics, sensors and wearables, will help manufacturers recover and thrive in the future.

In fact, digitally driven factories may represent the next iteration of the manufacturing industry. Investment has already been rising: As noted by Engineering.com, automakers plan to increase smart factory investment by 60 percent over the next three years in hopes of realizing more than $160 billion in productivity gains.

For many manufacturing firms, however, the promise of these future factories is limited by a lack of precision: What exactly is a “smart” factory? What benefits does this offer their bottom lines? What are some of the potential risks?

There is some essential tech infrastructure that underpins next-generation manufacturing, and knowing how to best prepare production lines for the new industry standard will be critical for success. 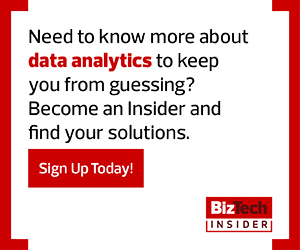 What Is a Smart Factory?

Smart factories fall under the umbrella of the Fourth Industrial Revolution, also referred to as Industry 4.0. As noted by Forbes, the first iteration focused on mechanization, the second on mass production and the third on computerization. Industry 4.0, meanwhile, “will take what was started in the third with the adoption of computers and automation and enhance it with smart and autonomous systems fueled by data and machine learning.”

According to Asaf Weisberg, founder and CEO of introSight, “factories are now in transition. Back in the old days, they used PLC controllers — dumb computers that could do very basic things.” But little by little, he says, “there was a need to connect controls. Instruments that weren’t meant to be connected were connected for greater efficiency. Industry 4.0 brings more intelligence to the end device by allowing you to communicate directly.”

Smart factories are designed to drive the adoption of digital initiatives by prioritizing connection and communication between devices over the discrete manufacturing processes of previous generations. For Weisberg, deploying these connected digital technologies at scale “offers value in productivity, delivery, reduced labor and energy costs, in addition to streamlining the build-to-order cycle.”

What Is the Industrial Internet of Things?

To effectively design and deliver smart factory solutions, manufacturing firms must rely on the Industrial Internet of Things (IIoT). According to ZDNet, the IIoT “refers to the billions of industrial devices — anything from the machines in a factory to the engines inside an airplane — that are filled with sensors, connected to wireless networks and gathering and sharing data.”

Weisberg compares the Industry 4.0 approach to that of conventional industrial control systems.

“Traditional ICS has levels — actuators, sensors, etc. — that are very dumb devices,” he says. “They’re controlled by PLCs, which have some of their own logic, and are directly connected to a SCADA system.”

IIoT devices, meanwhile, exist along the spectrum between “dumb” sensors and full-fledged computers. “An IIoT device is not a computer,” says Weisberg, “but it can do basic functions and has connectivity. They’re smart objects that enable real-time action and analysis to optimize production value.”

MORE FROM BIZTECH: How analytics can power the modern utility.

While the two are conceptually similar, they differ across three key areas:

The amount automakers plan to increase their investment in smart factories over the next three years.

What Are the Benefits of the Industrial Internet of Things?

Smart factories powered by the IIoT come with the potential for improved productivity, but what does this look like in practice? Critical Industry 4.0 advantages include:

For example, broad analysis of factory trends may identify functional weak points that could be improved by deploying new machinery or completing preventative maintenance. Armed with this information, organizations can schedule and distribute necessary downtime to cause minimum disruption — and help prevent unexpected downtime down the road.

Weisberg doesn’t mince words: “Cybersecurity in IIoT is not that well situated.” History is the culprit, he says: “As dumb controllers evolved to connect with networks, there were no IT security practices put in place, and more connectivity means more attack surfaces. Problems will become worse.”

For Weisberg, security is the priority for any Industry 4.0 shift. “Companies need to start by making sure their security posture is solid before making the move. This lets them get better value without jeopardizing production or performance.” By tackling current issues without the added complexity of IIoT integration, Weisberg argues, companies can work to eliminate the unexpected and improve key outcomes when adopting Industry 4.0 best practices.