With conditions improving and stay-at-home orders easing, retailers are beginning to open their doors again. But it’s not business as usual. Owners and operators must now balance shoppers’ concerns about safety against sustainable sales potential. How do they ensure customers feel confident in stores while delivering consistent transaction volumes?

Retailers face an uphill battle: As noted by The Washington Post, while more than half of Americans are still making trips to the grocery store “and feel comfortable doing so,” 67 percent say they would be uncomfortable shopping at a retail clothing store, and 78 percent won’t be heading to sit-down restaurants anytime soon.

While industry-specific challenges — such as creating safe procedures to try on clothes or handle the deluge of dirty dishes — will require tailored responses from relevant retailers, payment is a universal concern. Many shoppers and employees are uncomfortable handling cash, and while they may prefer debit and credit cards, there’s an even better option: contactless payment.

The infrastructure for this technology has rapidly evolved over the past few years, but implementation remains with early adopters. Yet current market conditions may provide just the push this no-touch process needs for the move to mainstream. Here’s what you need to know about how it works, where it doesn’t, what it requires and what’s next for contactless customer transactions. 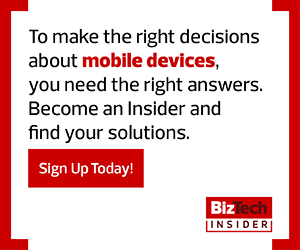 How Does Contactless Payment Work?

The idea behind contactless payment is simple: Instead of handing over cash or inserting credit cards, customers simply hold their preferred method of payment — such as a chip-enabled PIN card, a smartphone or even a wearable device such as a smart watch — near a point-of-sale (POS) terminal designed to request and read relevant financial details.

But how does this work in practice? As noted by Business Insider, most contactless payment systems rely on near-field communication (NFC) technology, which requires two parts: an initiator that generates a radio frequency field and a target that’s powered by this field to store credit data. This is the case for both contactless credit cards and mobile pay services such as those from Samsung, Apple and Google: Contactless POS readers create a small RF field which powers up the smart chip embedded in the credit card or mobile devices and initiates a one-time, encrypted transaction for the amount of the sale.

The Growth of NFC Technology and Contactless Payments

While major technology players have been bundling contactless payments as part of their mobile device lineups for years, market penetration has been limited. The more recent backing of chip-and-PIN cards by major banks and credit providers has helped speed adoption. In Poland, for example, the vast majority of POS terminals are set up for contactless payment (also called tap-to-pay transactions), while nearly 70 percent of transactions in Canada that are under $50 are completed via contactless payment.

In the United States, meanwhile, the impact of recent pandemic regulations is driving a nationwide uptick in contactless customer interactions. As noted by Raconteur, 27 percent of American small businesses have already reported an increase in tap-to-pay transactions.

Are Contactless Payments Safe? The Limitations of NFC Technology

One issue is range: NFC solutions require devices to be less than an inch from each other to initiate transactions. A potential solution is Bluetooth. Already present across mobile and wearable devices, Bluetooth features a substantial range boost plus increased transaction speed, along with the ability to handle more than one operation simultaneously, in turn allowing terminals to handle multiple transactions at once.

Security is another potential drawback of no-touch payment processes. While fears around thieves stealing payment data from customer smartphones by approaching them and then forcing RF interactions are unfounded — terminals require encrypted interactions that must be authenticated and approved by financial institutions — other concerns have merit.

For example, stolen chip-and-PIN cards can be used to initiate seemingly legitimate transactions. This is especially concerning as many credit providers are raising tap limits to $250 or more in an effort to help consumers quickly pay for necessary goods and services.

The increase in tap-to-pay transactions since the health crisis began.

What POS Tech Do Retailers Need to Enable Contactless Payment?

Businesses must also register their contactless devices with relevant payment providers for authorization to process customers’ financial data. This allows customers and credit issuers to easily track all contactless transactions in case of fraud or misuse. It’s also an area of potential risk for retailers — if hardware and software don’t meet relevant regulatory standards, businesses bear the chargeback cost.

While social priorities have pushed contactless payment processes into the sales spotlight, retailers must be prepared for their more permanent, post-pandemic impact.

Retailers looking to resume operations in the coming months will need contactless infrastructure to provide customer peace of mind, but this necessary shift will quickly become common practice. As noted by Bloomberg, while contactless options were on the rise before the current global crisis, experts now anticipate no-touch transactions to capture an additional 10 to 20 percent of all retail payments.

For retailers, this offers an opportunity born of necessity. While bearing the cost of contactless platform deployments couldn’t come at a worse time, there’s a significant downstream advantage: When the dust settles on social distancing, cash may no longer be king. 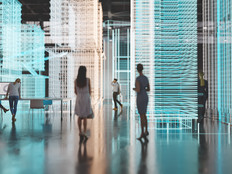 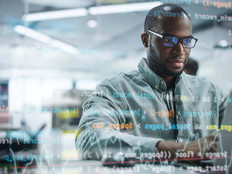