Blockchain has generated a great deal of interest not only across the tech sector but also in the media — which offers breathless coverage to an audience that may have only a hazy understanding of what blockchain really is.

Despite its complicated origin story and wide range of possible applications across industries, blockchain isn’t a complicated idea. In fact, it was designed to increase transparency and make regulatory oversight of most business transactions obsolete. It promises a number of tangible applications for utilities and energy companies, yielding benefits that go far beyond the buzz.

Blockchain is a data storage technique that links records together using cryptography. Because each new block of data contains a cryptographic “hash” of the previous block, the system resists modification, which makes it an extremely useful tool in security operations.In 2008, a person or group using the online moniker Satoshi Nakamoto invented the concept of blockchain to structure the cryptocurrency bitcoin. This method of keeping financial records allowed users to trade and invest in bitcoin without deferring to any central authority. Due to its origins in finance and cryptocurrency, blockchain has become widely used by professionals in technology and finance, and many people continue to associate the technology primarily with these sectors. However, energy and utility companies are also finding high-value uses for blockchain. 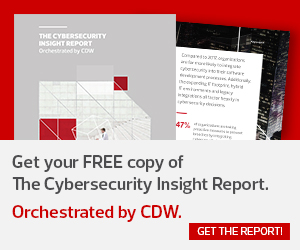 How Blockchain Can Improve Security and Other Operations

Because blockchain is a public, noneditable record keeping technique, it’s a great tool for any organization that wishes to work on large-scale data projects without regulation. In 2015, The Economist even recommended that world governments begin to look into blockchain as a tool for breaking up bureaucracy.

A recent study in Renewable and Sustainable Energy Reviews found that blockchain’s “hash” functionality makes it an ironclad tool for security. “Cryptographic hash functions are mathematical algorithms or one-way functions,” the researchers explain. Hash functions “take an input and transform it into an output of specific length” called the hash output. “Their operation relies on the fact that it is extremely difficult to recreate the original input data from the hash output alone (collision resistance).” Blockchain automates the encryption process, and this makes it exceedingly difficult for hackers to manipulate this data.

Energy and utility companies can leverage blockchain technology to assist lines of business that need to share findings with other teams. As most power companies comprise many departments across various energy sources, blockchain can level the playing field and make each team’s data accessible to others. Most important, an energy company won’t have to worry about exposing its internal data because blockchain-based cross-functional sharing will stay secure as the program scales.

The website Disruptor Daily lays out several valuable potential use cases for blockchain in the energy and utility industries:

Blockchain’s uses extend far beyond the confines of resource mining, product development and customer relations. It can also be used to expand a company’s global network, and its inherent factual reporting structure also lends itself to generating reports for compliance purposes.

MORE FROM BIZTECH: Read more about the benefits of blockchain for e-commerce.

So, what do energy companies and utilities need to do to begin using blockchain effectively? First, they must determine whether they will benefit from a public, permissioned or private version. A public blockchain enables the general public to participate in its operation. In a private blockchain, only verified participants are allowed to enter the network. Permissioned blockchains are a mix of both public and private, enabling customization of operations.

An organization also must decide where blockchain data will be stored. IBM notes that “Data for a blockchain solution can either be stored on-chain as part of the core ledger managed by the blockchain protocol, or off-chain, using more traditional data stores.”

If anything, it’s just getting started.