From Podcast favorite Blue Apron to Uber Eats and the ultra-Instagram trendy Sakara Life, there’s an endless array of options for how we eat. But, while diversity reigns supreme, traditional supermarkets are still the go-to choice for food shoppers. In fact, 83 percent of shoppers use them regularly for their purchases.

As the retail industry begins to incorporate new technologies to enhance the consumer experience and save on operating costs, grocery stores don’t intend to be left behind.

Yes, meat counters have long featured digital signs with their offerings, but some grocery stores are taking it a step further and digitizing shelves. Kroger in the U.S., and Morrisons and Waitrose in the U.K., have replaced price stickers with digital signs that allow retailers to quickly update an item’s cost to avoid lost revenue from inaccurate pricing. These shelves also allow grocers to work with brands to show advertisements on the digital display. Carefully designed LCDs can attract customer attention and improve the in-store experience. 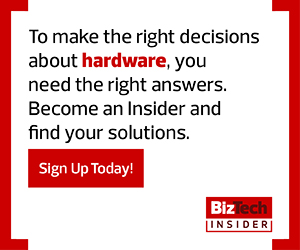 When integrated with mobile apps, AR can help consumers gain insight on products in stores. At Walmart, consumers who download the store’s app can hover their phone over a shelf and a blue dot will appear comparing prices for items on the screen. This increases shopper’s time in-store and could lead to more purchases.

In 2012, IBM unveiled an augmented reality mobile app that lets customers explore store shelves with smartphones to receive personalized product tips, recommendations and coupons. The app brings the benefits of digital commerce to traditional brick-and-mortar stores, where even offline, 53 percent of decision are digitally influenced, according to Forrester.

Giant food stores have developed Marty, a googly-eyed, in-store robot that can scan shelves for stock and identify spills, freeing up employees to work more closely with customers. Marty has already been tested at Giant stores in Harrisburg and Carlisle, Pa., and the grocer plans to deploy Marty to all 172 of its Giant Food and Martin’s Foods stores.

“Bringing robotics and A.I. from a research lab to the sales floor has been a very exciting journey, and we were thrilled by the customer response in our pilot stores,” Giant Food Stores president Nicholas Bertram said in a press release. “Our associates have worked hard to bring this innovation to life with amazing partners.”

Meanwhile, Walmart — which entered the grocery arena in 1987 — added nearly 4,000 smart assistants or robots to increase efficiency in stores as of April 2018. "Our associates immediately understood the opportunity for new technology to free them up from focusing on tasks that are repeatable, predictable and manual," said John Crecelius, senior vice president of Central Operations for Walmart U.S., in a press release. "It allows them time to focus more on selling merchandise and serving customers, which they tell us have always been the most exciting parts of working in retail."

Phononic’s 2019 Store of the Future report shows that 89 percent of respondents want grocery stores to use technology to make checkout faster, while 83 percent want new tech to make shopping faster. End-user services and smart devices could be part of that solution.

Grocery stores looking to offer a seamless online-to-store checkout option can integrate electronic checkout machines and scanners with handheld devices connected on one network. This expansion of “scan-and-go” is driven by retailers that want to make shopping more convenient and competitive with Amazon’s cashless model, according to Inc. As of 2018, 400 Kroger, 120 Walmart and 600 Sam’s Clubs stores included some type of mobile scan-and-go technology.

5. Pop-Ups Rely on Micro Data Centers and the Cloud

Checkout-free stores allow customers to scan into pop-up shops using an app or credit card, grab the items they need and then scan out. From inventory and revenue to security, these pop-up shops rely on micro data centers to run their operations, and cloud technology to collect and manage mass quantities of data processed each time a person swipes in or out. 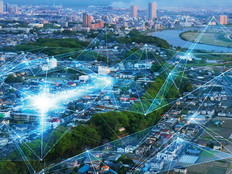