The financial sector is bombarded with malicious files designed to infiltrate networks at a rate far higher than the average across all industries, according to a report by the cybersecurity firm Lastline.

One in every 340 web or email transactions contained malicious files, higher than the average of one in 500, according to Lastline, citing their 2017 “Malscape Monitor Report.”

“While this may appear in relative terms like a very small number,” states the report, “when one considers the total volume of email attachments received and webpages visited in any given day by financial institutions and finance departments, the volume of malicious samples escaping detection can become quite large.”

In addition, one in 10 malware samples found in the financial sector displayed advanced behaviors, meaning that they were able to better stay hidden, steal credentials and avoid both static and dynamic analysis, the report states. This compares to one in 12 across all industries.

“These behaviors are able to appear benign to security scanning and avoid the submission checks in the security process,” the report states.

Frank Dickson, research vice president with IDC’s security products research practice, says that it’s clear that smaller banks as well as larger ones must have good messaging security, given the scope of the email threat.

“We have to stop blaming the user and saying that too many of them click on bad links,” Dickson says. “The bad guys are so crafty today that trained security people click on bad links. We have to provide users with the tools to eliminate the problem. It’s our job to make sure that a bad file never gets to their inboxes.”

Keyloggers are among the primary threats found in analysis of the top threats, according to the report. Keyloggers typically send victim credentials via Simple Message Transfer Protocol or FTP to a server under the keylogger operator’s control.

“As banks improve their security, the bad guys have to raise their game,” says Andy Norton, Lastline’s director of threat intelligence. “The keyloggers appear as valid system files that run in memory and look to steal credentials and sniff traffic in an internal network.”

Other threats include trojans attached to Microsoft Office files and the specific iSpy keylogger tool.

“It’s clear that the bad guys are looking to steal credentials to gain access to networks,” Dickson says. “Malware today has become stealthier. The bad guys are more apt to use legitimate applications to embed a macro in a Word document than spread a file with malware.”

Here’s a list of security tips from Norton and Dickson that small banks should consider: 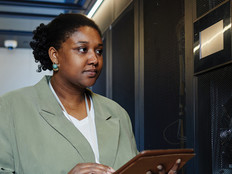 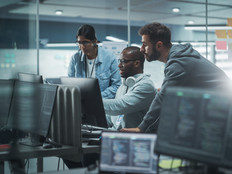