In a business world characterized by rapid change, the difference between companies that succeed and those that get swept away is often the quality of their leadership — and the decisions they make now about which technologies to bet on and how to manage them. So argued Nigel Moulton, the EMEAC CTO for Dell EMC, who said that six principles, in particular, are worth remembering by technology leaders today.

Some 89 percent of businesses already have or plan to adopt a digital-first business strategy, according to survey results by IDC presented at the CDW Executive Summit in Chicago, where Moulton was speaking. After lack of budget, companies identified culture and leadership as the two challenges most holding them back from moving forward.

Yet no industry is immune to disruption, and those that fail to innovate may not survive, Moulton said. He argued that the six rules of leadership for digital disruption are:

LEARN MORE: Check out the Modern IT Infrastructure Insight Report!

“All of you should be worrying about the fact that your competition is easier to do business with than you are,” Moulton said. That’s because such competitors have “unlocked the secret to removing the friction between the thing you have and the consumption of that thing.”

“So, remove the friction,” he said. “If it takes 10 steps to get customers to the things you have, work make it five.”

Moulton cited natural language processing as one area that more companies need to be paying careful attention to, noting that technologies like Apple’s Siri and Amazon’s Alexa are becoming increasingly ubiquitous user interfaces. For example, he said, the latest BMWs all have NLP built into them. “I talk to my car in natural language,” he said. “Is it perfect? No. But is it great? Yes. What are you all doing to integrate natural language and voice into your own frictionless experiences?”

2. Measure Everything to Drive Data-Based Decisions

Technology is moving the marginal cost of measuring things toward zero, which means more companies are using sensors to gather vast quantities of data. That means the challenge for businesses will not be acquiring data, but finding meaningful signals in a sea of noise.

“In some cases, in very near real-time, you’ll have to make a decision based on a change in a variable,” Moulton said. Therefore, you need lots of data on that variable to know when it’s changed in a meaningful way.

3. Embrace Nonlinearity on the Way to Digital Transformation

The volume of data that the world is generating is moving quickly beyond the linear amounts that human minds are capable of grasping, Moulton said. “We’ll need artificial intelligence and machine learning to decipher the mathematics involved,” he said. “We don’t do that; the human brain doesn’t work that way.”

4. Prepare for a Data Overload

Technology is changing the nature of challenges that organizations face, Moulton said. For example, the rise of digital photography has meant that people now take nearly endless photos of everything they do, and the challenge has become storage and indexing of those photos. Only 20 years ago, cameras all used film, meaning people had to choose carefully what they took pictures of; they printed and framed the best ones they shot.

“What used to easy, indexing, is hard,” he said. “And the thing that used to be hard, accessing film, is easy.”

That dynamic is happening all over the technology world. So, the challenge for business and technology leaders, Moulton said, is to identify where those kinds of changes will take place in individual industries and try to project how it will likely play out.

5. Don't Give into the Hype Around New Digital Tools

The early ’90s were characterized by ebullience about the dawning of the internet age. And while not all of it was justified, much was. New technology advancements tend come to reach a point where they either do or don’t “cross the chasm,” Moulton said. In other words, they jump from hype to broad adoption, or not.

“We have to be able to identify where a technology is in that cycle and whether it will cross the chasm,” he said. He argued that AI and the Internet of Things probably have crossed the chasm, and that blockchain eventually will, but hasn’t yet.

6. Be Curious About New Technology

MORE FROM BIZTECH: Don't miss out on the rest of our coverage from CDW's Executive SummIT! 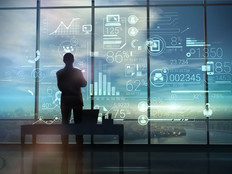