System administrators are the undercover superheroes of the office. They keep the network running and the data secure, manage and monitor remote or virtual systems, and develop hardware and software solutions, along with a ton of other duties.

The modern office couldn't survive without them.

But do you know who else is a hero? Angus "Mac" MacGyver, America's favorite inventive action hero of the 1980s who got out of sticky situations with duct tape and a rockin' mullet. The man could rig a stolen car or defuse a bomb with little more than chewing gum and a few paper clips. Sound familiar? Sysadmins are the real-life MacGyvers of the workplace, and more than a few can tell you about similar innovative miracles they've pulled off.

In celebration of SysAdmin Day on July 27, we explore one of our favorite subreddits for the most impressive IT feats. Take a look and marvel at the inventiveness.

Put a Bandage on It 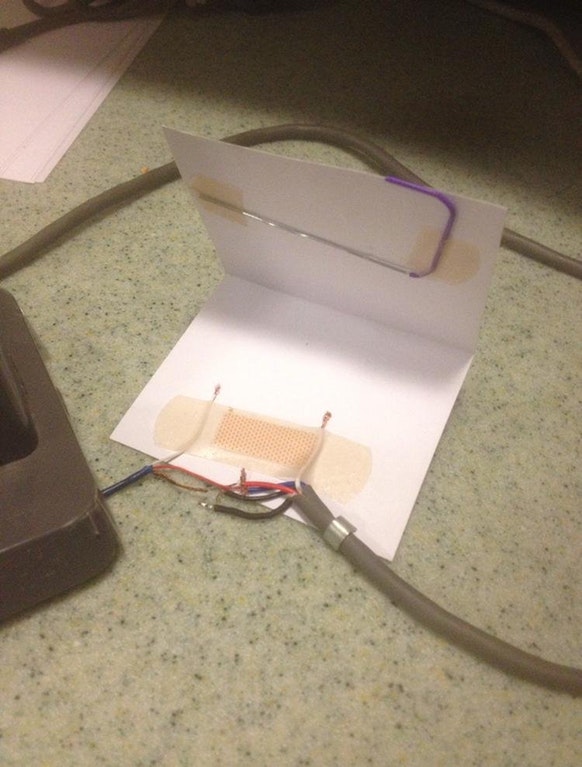 No, this isn't a DIY tutorial on how to trap computer bugs. When one Redditor's PA microphone broke, he tapped into his inner MacGyver and used a bandage and a paper clip as a short-term fix. He explains:

I found the two wires that, when connected, allowed the PA microphone to be used. I couldn't keep them connected the whole time though, as the switch function was wired into another wire so it would just be constantly running. So I band aided the two wire ends to the index card, then straightened and stripped the wax coating off the paper clip and adhered it to the top of the card. Now when you press the top part down, the metal paper clip completes the circuit allowing me to use the microphone as I desire without having to manually hold the wires together. 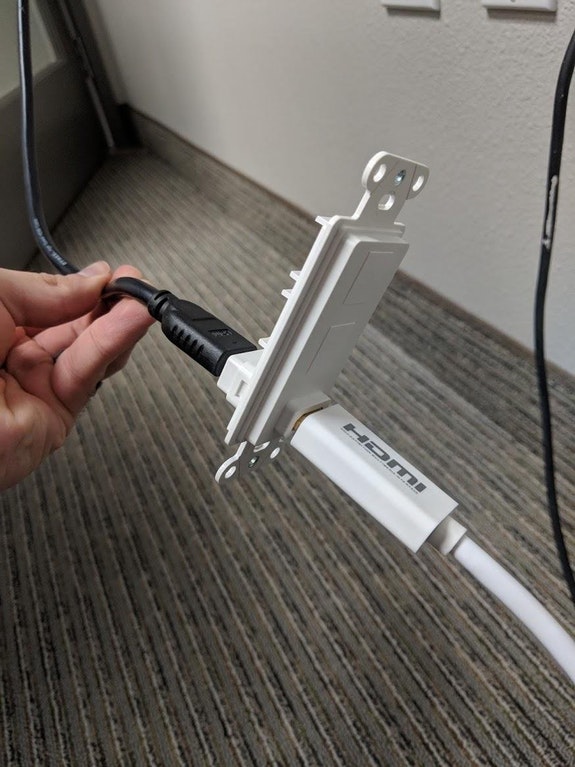 There's nothing quite as frustrating as a cable that comes up short. What's a quick solution?

One IT pro grabbed an HDMI wall plate and an extra cord to get the additional length he needed. As one commenter notes, "If it looks stupid but it works then it isn't stupid." Too true, too true. 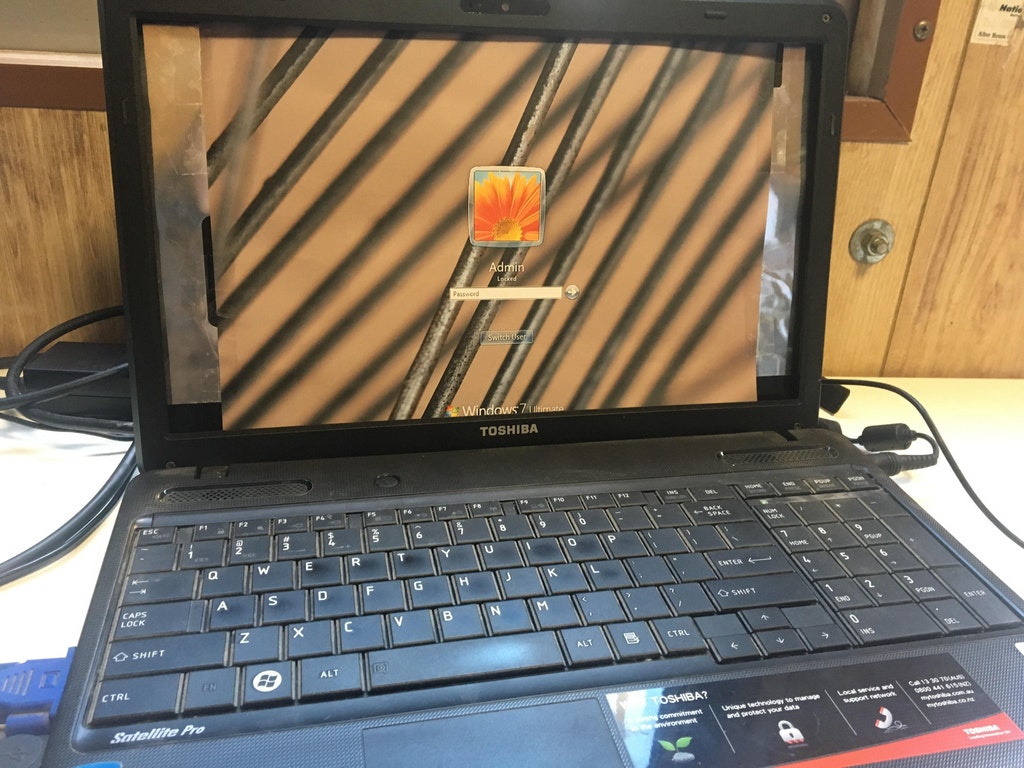 One of the key roles of any sysadmin is to ensure critical processes run without disruption. However, users often can't help themselves from tinkering and messing with things that they have no business touching — like a broken computer. One IT pro figured out he could deter his meddling coworkers by literally printing a login screen and taping the paper to the monitor.

Sure, there are plenty of alternative solutions you could use to keep people away from a computer, but we appreciate the cheeky humor of this one. 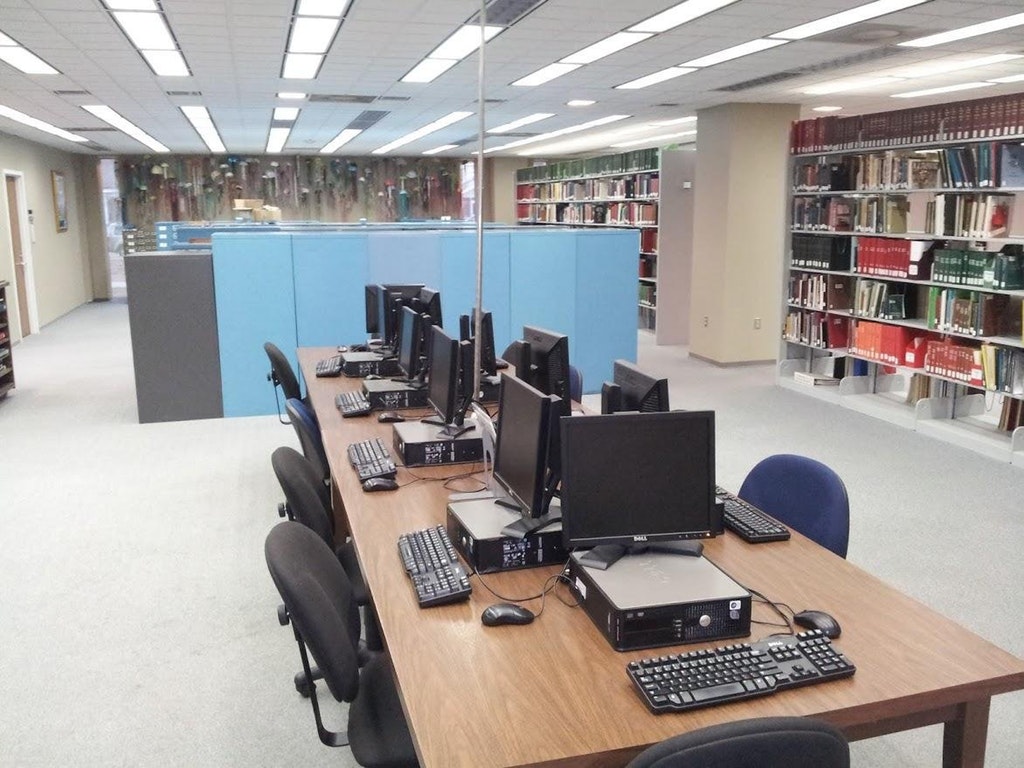 Hardware setups can be especially challenging in a building without the proper technology infrastructure. One Redditor turned to the humble shower rod for help when he needed to set up 10 computers in a remote space.

"The alternative is an Ethernet cable hanging from ceiling to floor, or a real cable drop which was more expensive, so I drilled a hole in both ends of a $15 shower rod and tensioned it so it fit between table and ceiling," the OP writes. "Looked like it should be there. Looked purpose-made."

IT Roles for TP Rolls 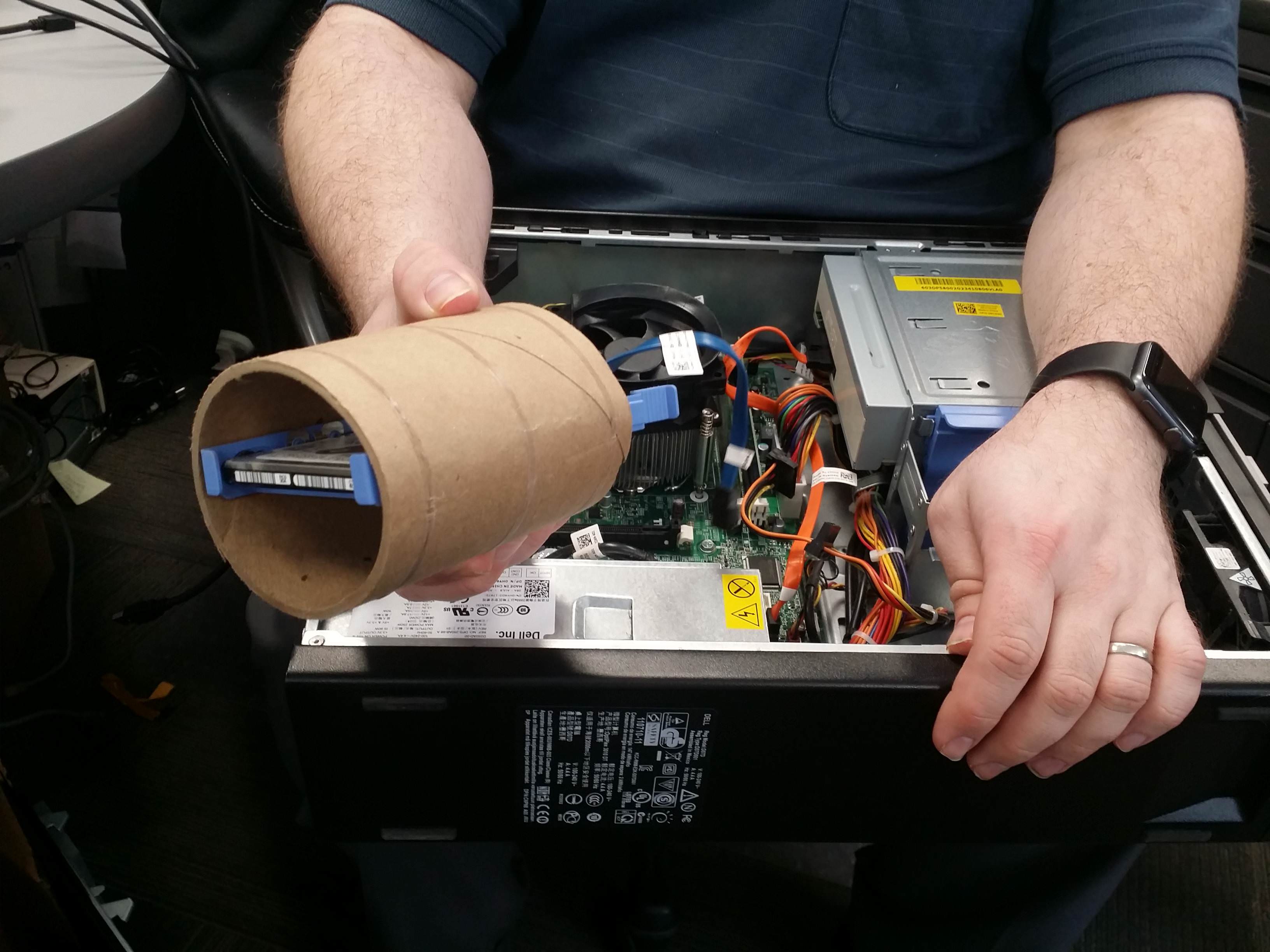 Need to install a drive into a tower? A toilet paper roll may do in a pinch (no pun intended), but keep a sharp eye on any fire hazards. "I kinda like it ... minus the flammable material around hot electronics," posts one user. Another says the idea is "actually pretty genius." According to OP, the user who shared the fix, this solution worked for more than a year.

Getting your MacGyver on can be one of the most rewarding aspects of a sysadmin's job. If you want to brag about your best MacGyver moment, share it with us on Twitter using #TechSupportMacGyver and we might feature you on our feed!