Any business that isn’t doing penetration testing to identify and address vulnerabilities in its IT environment should get started — fast.

It’s easier than ever for malicious hackers to breach an organization’s network. There are many tools available today to automate the exploitation of remote hosts, so the bad guys don’t need as many skills or have to work as hard to get at what they want, says Maninder Pal Singh, executive director of the cybersecurity technical certification body EC-Council Global Services. These days, a main goal for them is to target data that can be monetized.

“This could result in unfixed vulnerabilities that are used by attackers to break into the network,” Singh says. “Using the applications as the entry point, the hackers can gain access to the servers and network.”

A penetration test, or pen-test, allows organizations to discover the weak spots in their IT systems before a malicious actors does. Once the initial vulnerabilities are exploited, the testers use those as a pivot point to expand their access on the target network and try to gain access to higher-level privileges. The goal is to show an organization its vulnerabilities and then provide concrete advice on how to remediate them.

Mark Lachinet, a security solutions manager at CDW, explains in a blog post the company's Comprehensive Security Assessment service, in which its white hat hackers use the same tools and techniques deployed by cybercriminals against organizations' network. “The difference is that we’re the good guys, and we use the information we discover during this penetration test to help you improve your network security,” he says. “You get all the lessons learned that normally result from a security breach without actually experiencing the breach itself.”

According to Lachinet, organizations often discover that they have devices that lack proper security controls and fall outside of normal management practices. He also notes that organizations are usually surprised by how high up inside organizations testers can get by using social engineering tactics. And usually, organizations ask to have their own cybersecurity teams observe the testing.

Penetration testing can help organizations “avoid the debilitating costs of a breach and prioritize security spending,” as CDW notes.

Using penetration testers, sometimes called white hat hackers or ethical hackers, to look for vulnerabilities helps to avoid costs and other damages to a business when systems or data are compromised and the breach is disclosed, says Joel Snyder, senior partner at IT consulting firm Opus One.

Another advantage of hiring independent penetration testers is that they bring objectivity to the table, which internal developers, designers or IT security may not be able to do. “It’s good to have an independent group that stands back to hold up the mirror,” says John McCumber, director of cybersecurity advocacy at (ISC)² , a nonprofit membership association for information security leaders.

But it’s important to be careful when hiring a white hat hacker. Many companies bill themselves as offering penetration testing services but aren’t truly expert at it. Such companies often hire inexperienced semiprofessionals — think college kid with a laptop — who don’t have the skills to go deep into penetration testing. They may catch some obvious mistakes but not fundamental errors like coding vulnerabilities, says Snyder.

There are a number of organizations that provide certifications in ethical hacking. While some argue that certification matters less than a demonstrated track record of success, many agree that certification is a worthy thing for businesses to look for when selecting a penetration testing provider.

At (ISC)², the certification methodology ensures that individuals gain a broad understanding of information security protection, says McCumber. It requires that individuals complete a complex and costly process to achieve certification that meets American National Standards Institute requirements. “We use this to assure that those who get certifications have shown us that they have the necessary knowledge, skills and abilities,” he says. “We consider the Systems Security Certified Practitioner (SSCP) a key certification for professional penetration testers.”

There are ways to access deep cybersecurity expertise using managed services, too. CDW, for instance, offers Threat Check, which uses automated technology to watch for malicious network traffic and detect infected clients and botnets, then lets businesses leverage the support of CDW’s experienced engineers and solution architects. They can advise customers about issues, including which network, policy and software changes can be made to better protect organizations from cyberattacks and device breaches.

What Should a White Hat Hacker Look for in a Penetration Test?

Once the choice is made, the next step is to clarify the testing parameters.

Whatever a business decides about its approach to finding and fixing vulnerabilities, and the resources it will use to do that, there’s one thing to always remember: “Systems evolve, connections are added or deleted, environments change,” says McCumber. “This is a recurring process.”

Whatever a business decides about its approach to finding and fixing vulnerabilities, and the resources it will use to do that, there’s one thing to always remember: “Systems evolve, connections are added or deleted, environments change,” says McCumber. “This is a recurring process. 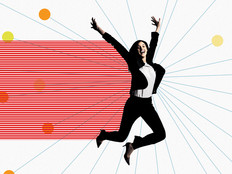