Major League Baseball stadiums are welcoming fans this week for home openers, and many may be tempted to turn to facial recognition technology to enhance physical security at games.

Recently, The New York Times reported that Madison Square Garden — home to the New York Knicks and Rangers, and host of several large concerts and other events — has quietly used facial recognition tech to improve security and identify those entering the arena. While stadiums and arenas may be able to harness the technology to boost security, there are a host of IT security and privacy considerations teams and venues must take into account.

They must ensure that any facial recognition data is properly stored and secured, as security companies and civil liberties groups have warned about the data being stolen or misused. They also must assess whether the risk is worth the reward. There is concern that facial recognition tools may not be wholly effective.

As Mashable reports: “Researchers from Fudan University in China, the Chinese University of Hong Kong, Indiana University and Alibaba Inc. have created a baseball cap that can reliably fool facial recognition software into thinking that you’re, well, not you.”

How Teams and Venues Can Use Facial Recognition Technology

According to the Times, which cited multiple unnamed sources familiar with the arena’s security procedures, MSG’s system “uses cameras to capture images of people, and then an algorithm compares the images to a database of photographs to help identify the person and, when used for security purposes, to determine if the person is considered a problem.”

Retailers have been exploring facial recognition tools to detect customer dissatisfaction and other motions, and potentially make it easier for customers to check out of stores. However, stadiums and sports teams are primarily using them for security.

“MSG continues to test and explore the use of new technologies to ensure we’re employing the most effective security procedures to provide a safe and wonderful experience for our guests,” the Garden said in a statement to the Times. A spokeswoman for the Garden declined to answer questions about the use of the technology, according to the newspaper.

It is unclear when MSG installed the technology or how many events it has been used at. However, other teams have explored the tools.

A Sacramento Kings spokeswoman told the Times that facial recognition “is used to allow players and staff to enter the practice facility connected to the Golden 1 Center, but its use has not expanded to event attendees,” the newspaper reports. And the Dallas Mavericks have contracted with computer vision company Suspect Technologies to experiment with similar technology outside the team’s locker room and throughout the American Airlines Center, according to the Times.

However, Mavericks owner Mark Cuban says the team needs to “find the right application that creates so much value people want to use it.” He says the tech does not improve the arena’s ability to keep out unwanted patrons enough to justify its implementation, the newspaper reports.

While facial recognition has the potential to bolster security by keeping out unwanted patrons or identifying security threats, teams and venues must think through the implications of deploying the technology.

As Symantec notes in a blog post, “facial recognition software is data.”

“As such, it can be collected and stored, often without the permission of the person in question,” the blog notes. “Once the information is collected and stored, it’s open to being hacked. Platforms with facial recognition software haven’t been the subject of major hacks yet, but as facial recognition technology spreads, your biometrics are going to be in the hands of more and more people.”

Any facial recognition data that is captured must be properly stored, either in the cloud or on-premises (or both) and secured with data protection tools to ensure it cannot be manipulated or misused, either by employees or malicious third parties.

Jennifer Lynch, a senior staff attorney at civil liberties group Electronic Frontier Federation, wrote a white paper on law enforcement’s use of facial recognition technology. She says that while all data is at risk of breach, a “breach of face recognition or other biometric data could be far worse than other identifying data, because our biometrics are unique to us and cannot easily be changed.”

As the baseball cap experiment demonstrates, facial recognition software is not totally foolproof.

Last summer, the Boston Red Sox banned a fan for life from Fenway Park after using a racial slur in conversation with another fan, the Boston Herald reports.

Facial recognition tools could be one way to keep such fans out of stadiums and other venues, but there are limitations. Dan Donovan, vice president of security and technology consulting for Guidepost Solutions, which provides security, investigative, compliance and monitoring services, tells Fox Sports that the technology is not a panacea.

“In order to do facial recognition, first of all I have to have a good, clear picture (of the subject),” Donovan says. “Then I load the picture into my system, I’ve got a database of known offenders, and certain cameras, when set up correctly, are fixed on a focus area, and you can run facial recognition off of that and flag those people.

“This isn’t Jack Bauer in 24 though,” Donovan adds. “You’re not just pulling these faces off any old camera in the stadium. So, it’s an investment for the stadium operator, the team, in order to add this capability for the number of doors, the possible entry points to their perimeter. And every building is different.”

In order for the tools to work, teams need to have databases with pictures of patrons they want to keep out. “In the private sector, facial recognition is really only as good as the database it is compared against,” Michael Downing, chief security adviser for the Oak View Group and the former deputy chief of the Los Angeles Police Department, tells the Times. 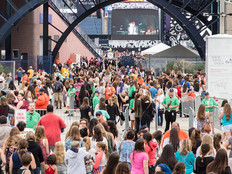 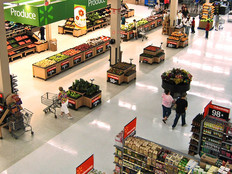