It's the end of an era for Xerox Corp.

The company, whose name became a verb synonymous with copying paper and also helped popularize the fax machine, announced on Jan. 31 that it would combine its operations with Fujifilm Holdings of Japan. Specifically, the companies' Fuji Xerox joint venture, which was founded in 1962, will become a subsidiary of a new company called Fuji Xerox. Under the agreement, Fujifilm will own 50.1 percent of the new company and existing Xerox shareholders will own 49.9 percent. The new company will have a combined $18 billion in revenue and the companies say it will focus on "innovative print technologies and intelligent work solutions."

The deal means that Xerox will no longer be an independent company, after a run of 115 years. The companies say they plan to deliver $1.7 billion in cost savings, and Fujifilm said before the merger was announced that it plans to cut 10,000 jobs worldwide over the next two years.

While Xerox once dominated the market for office technology the shift away from paper to digital solutions — and away from printers and copiers that were mainstays of Xerox's business — left Xerox grasping for a way forward, as The New York Times reports. 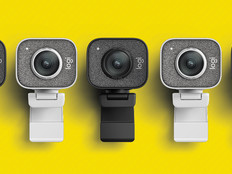