Stephen Chenoweth, Intel's Xeon senior product manager, reports that Xeon Scalable processors can power a full spectrum of cutting-edge applications, meeting the needs of many different organizations. "We test a wide variety of applications," he says. "Virtual machines is one of the key ones, and we get about four times more performance from virtual machines versus a server from four years ago."

The Xeon Scalable Platform, based on Intel's new Skylake-SP architecture (platform formerly code-named Purley), offer a performance boost compared to prior generation Broadwell-based server platforms. The processors also deliver an improvement in cryptography performance. "Not only is there a compression engine, but they’ve also integrated a cryptography accelerator in silicon as part of the CPU," says Clifford Grossner, senior research director for cloud and data center research at market research firm IHS Markit. "Obviously, once you bring these functions inside the CPU, it makes the server able to handle those tasks much more rapidly.”

Intel has also built its Key Protection Technology directly onto the chip to deliver enhanced protection against security key attacks.

A new mesh-based architecture replaces the ring architecture Intel has used in its Xeon processors for the past several years. The new architecture, offering improved connectivity between processor cores, provides predictable latency in systems with large numbers of processors and cores. Unlike Intel's previous ring design, the mesh architecture arranges the individual cores into a 3D configuration, offering more direct paths between the cores and, in turn, faster performance.

Bob O'Donnell, president and chief analyst at TECHnalysis Research, says the processors' high-performance communication architecture removes obstacles that hinder performance. "It has the ability to communicate across elements of the chip, between the chip and networking and the chip and storage," he says. "These are the typical bottlenecks that users run into, so Xeon Scalable processor is essentially about getting data in and out of the CPU in as efficient a manner as possible."

Intel has created four tiers of Xeon Scalable processors — Bronze, Silver, Gold and Platinum — representing distinct levels of performance as well as a variety of integration and acceleration options. The high-end processors offer as many as 28 cores per socket and support for up to eight sockets with as many as three Intel Ultra Path Interconnect uplinks. The top model also supports up to 1.5 terabytes of DDR4 memory.

"Big national labs, like the Texas Advanced Computing Center and Pacific-Northwest National Labs, often build anywhere upwards of tens of thousands of servers in a single cluster," Chenoweth says. "Xeon Scalable processors' Omni-Path is a fabric topology that can scale, based on those big supercomputing clusters."

Business analytics, particularly projects incorporating Big Data, can also benefit greatly from Xeon Scalable processors' speed and power. In-memory analytics platforms such as SAP Hana or Microsoft SQL, running on Xeon Scalable processor-based servers, can incorporate very large memory footprints — as much as a terabyte of memory or more on a single system. "You can put all of your day-to-day operational and analytics databases into memory at once, and that can help you with operations like real-time decision-making," Chenoweth says.

With smart cities taking root worldwide, Xeon Scalable processors are well positioned to address a wide range of demanding applications, including accelerating video monitoring, fast object identification and rapidly transferring large files across a city network for better traffic management. Intel and San Jose, Calif., have formed the Smart Cities USA public-private partnership to demonstrate how cities can use the Internet of Things (IoT) to measure and act on critical data to improve daily life.

Many other areas, including industrial and manufacturing, agriculture, communications services and virtualization can also benefit from the speed and power of Xeon Scalable processors.

Take a Wider View of IT Needs

O'Donnell advises organizations considering a transition to Xeon Scalable processor-based servers to take a holistic view of their current and future IT needs. "As with any new technology, sometimes there are other core components that you have to consider as well," he explains.

Chenoweth agrees. "Organizations should not only look at what the processor is, but the overall server platform and make sure that it’s balanced," he suggests. "You want to make sure that you’ve got the right amount of storage, networking capabilities and memory as well as processor, because any one of those technologies could be a big bottleneck and lower the whole value of the server if you don’t have the configuration right."

Learn more about how solutions from CDW and Intel can help your organization deploy next-generation IT capabilities.

Ensuring data security and privacy is a top priority for organizations alarmed by a seemingly endless stream of news reports detailing the breaches at many of the nation's largest organizations. By supporting increased data protection across a broad set of workloads, the Intel Xeon Scalable Platform allows organizations to directly address these concerns. 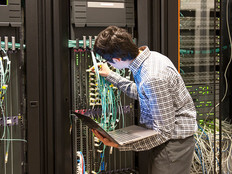 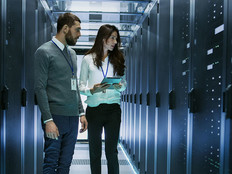