“I started doing the math, and the math drove the decision-making,” says Brent Sudeck of the move to HCI by Florida-based mortgage broker NP Inc.

That year, Brent Sudeck started working with the company as an IT consultant and immediately virtualized the mortgage broker’s IT infrastructure to set it up for fast growth.

But between 2014 and 2016, the company ballooned to more than 100 employees and was fast outgrowing even its virtualized environment.

The company’s Microsoft Small Business 2011 Server, which included Exchange 2010, was overwhelmed, he says. It was also license-limited to 75 users. Because the infrastructure was “maxed out,” Sudeck says, his first thought was to buy more servers and continue with what was already in place. But he decided to look at hyperconverged solutions instead, comparing the two options.

“I started doing the math, and the math drove the decision-making,” he says. “I added up the licensing costs to continue to expand our virtual machines. With added hardware plus the licenses, the solution was comparable in cost. But I could see immediately that we got more value with a hyper­converged infrastructure for the same amount of money.”

The upgrades were made, he says, with the intention of having more than 200 employees use the Nutanix implementation that Sudeck chose.

The Nutanix server now resides in the company’s data center, and eight virtual machines handle many of the organization’s applications, including its Microsoft Exchange server. 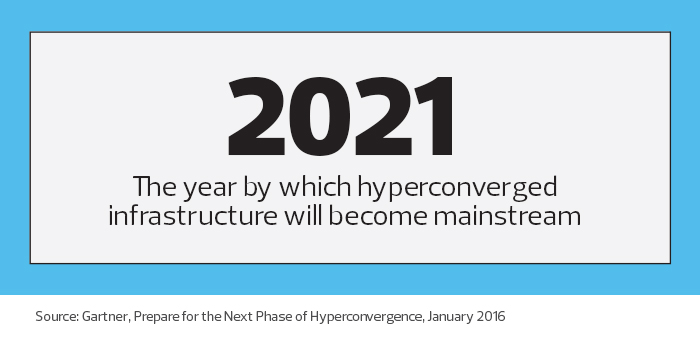 Hyperconverged infrastructure — compute, storage, virtualization and networking in a single form factor — was once available only to large organizations. Today, HCI is making inroads into small businesses because of its many benefits, says Christian Perry, research manager for IT infrastructure at 451 Research.

“Hyperconverged infrastructure is simply far easier from end to end than traditional infrastructure in terms of purchasing, configuring and deployment,” he says. “There’s very little configuration that has to happen when it arrives, and it can be managed easily as long as there is someone on staff who has experience with virtualization.”

A Simple Move to Virtualized Infrastructure

Virtualization was also the path to HCI for PreCheck, a healthcare background check company in Houston.

“Anything with a lot of read IO took awhile, and management of the environment was a drain,” says Robert Wilcox, PreCheck’s infrastructure manager.

Wilcox began to virtualize the servers, but with aging equipment and little or no storage to assign, he started looking at HCI to solve the company’s problems. Wilcox tested every HCI offering he could find, but in the end, he selected Nutanix, opting for two three-cluster boxes: one for production and the other for replication and disaster recovery. Ease of migration and ongoing management were immediate benefits of the move to HCI, Wilcox says.

“It’s really simplified the environment and reduced the overhead of the hardware. We’ve gone from a three-tiered model to one tier,” he says. “It’s a complete ecosystem, and if I need to scale up, I can just buy another node and slide it in. It gets picked up by the system, and everything is done automatically.”

Wilcox was planning on taking the migration slowly, moving over low-priority VMs first and waiting on the mission-critical applications.

The process was so simple, however, that he was able to move all of the client-facing VMs over and complete the migration within a month, including disaster recovery.

Because he had performed a proof-of-concept run and done baseline testing on the old system as well, Wilcox was able to benchmark performance and immediately realized improved functionality and speed — so much so, he says, that he expects to see a full return on investment within the next year.

This experience isn’t unusual, Perry says. Many SMB users report similar benefits and improvements, as well as fast ROI. HCI isn’t a perfect fit for all workloads — bare-metal processing, such as heavy-duty analytics, SAP HANA, or Hadoop can be tricky to run on HCI — but it is generally a boon for any traditional enterprise or business workload. And switching doesn’t require learning from scratch because “HCI delivers IT in a very cloudlike manner,” he says.

Save Costs Compared to Traditional IT Architecture

Ease of management was what sold Daniel Penrod on HCI. As systems administration manager for Midwest Acoust-A-Fiber, an automotive industry supplier in Delaware, Ohio, Penrod was originally brought in to manage 12 physical servers. He implemented a solution from Scale Computing and has been able to reduce the amount of time he spends on management to just under two hours a month, he says.

“I’m a jack-of-all-trades. I can do SAN. I can do hypervisors. But now everything sits under a single pane of glass, and the solution really manages itself,” Penrod says.

It’s also saving Midwest Acoust-A-Fiber a lot of money — about 50 percent over the cost of a traditional architecture — as well as saving the company from adding personnel.

“People just keep getting more expensive, and hardware gets cheaper, so now if we need more performance we can just throw more hardware at the problem,” he says.

Perry says this is something that is especially important, as staffing shortages become more pronounced and SMBs fight to attract and maintain skilled IT employees. “Using hyperconvergence, you don’t need all those server or storage specialists. All you need is someone who has a firm grasp on networking.”

A hyperconverged infrastructure will instantly provide room for growth and ease of management, but that doesn’t mean data protection goes out the window.

A company’s IT team should build in backup and recovery capabilities at the design stage, says Robert Wilcox, infrastructure manager for PreCheck. For some organizations, that means adding cluster redundancy, which is built in to some offerings. To do that, a business must decide how many copies of its data are needed so that there can be instant failover if a node goes down.

“You have to understand the recovery and fault tolerance of your appliance,” says Wilcox, whose company performs background checks in the healthcare industry. “Yes, you might be able to get into the platform at a lower replication factor, but you may want to consider spending a little more money to get the right size and the right storage from the start.”

In addition, many vendors are building data protection software into their HCI products to provide backup in an appliance format.

No matter which option you choose, just make sure your data is covered, says Christian Perry, a research manager with 451 Research. “It’s a good idea to talk to the vendor up front and discuss your resiliency requirements, especially if you’re not virtualized already,” he says. 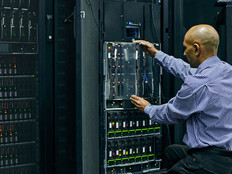