Enterprises continue to see value in pursuing the pot of gold at the end of the Internet of Things rainbow, according to the recent “Voice of the Enterprise” poll conducted by research firm 451 Research.

The survey finds that 65.6 percent of respondents plan to increase spending for IoT projects over the next 12 months, with the average spending increase totaling 17.7 percent.

As for the size of companies taking the lead on committing to IoT, a greater percentage of firms with 10,000 or more employees plan to increase spending than is the case among small and medium-sized businesses, the survey finds. Among the biggest IoT spenders are companies that self-identify as “early technology adopters,” according to the report.

451 Research conducted the survey during May and June 2017. It represents more than 575 completed interviews and 11 hour-long interviews from prequalified IT decision-makers primarily based in North America, Europe and Asia.

Where Are IoT Investments Going?

Where are those IoT dollars being spent? IT-focused projects continue to be the main drivers for IoT spending, according to the report. These include initiatives such as data center management, surveillance and security monitoring.

However, as companies become more familiar with the technology, 451 Research projects that IoT applications will spread further into the enterprise. Two years out, projected spending will increasingly focus on facilities automation (operations) and supply chain management (line of business).

Finding the right workers to drive these initiatives continues to be a pain point for companies. Almost half of all respondents complain of a skill shortage, particularly around data analytics, security and virtualization capabilities.

Another issue companies must confront is the impact of all this data now moving across their networks and systems. Questions remain as to the best setup for storing, processing and analyzing this flow of new IoT-generated data, with storage infrastructure cited as the top area (32 percent) most affected by increased adoption of IoT.

Clearly, enterprise storage is affected by the growth in IoT activity, with respondents saying they expect to increase storage capacity by 35.9 percent (an average over the next 12 months).

While there is activity in the data center, companies are now pushing computing to the edge as well. Just under half of respondents are doing some type of IoT data processing at the edge of the network, such as data analysis, aggregation and filtering. Drivers for this increase in edge computing include improving security and reducing data storage and transport costs.

Security continues to be at the center of any discussion about IoT. Respondents to 451 Research’s poll continue to be both drawn to and repelled by IoT’s impact on security.

Companies cite IT security as a major driver for initiating IoT projects, which is understandable given the valuable insights that IoT data can yield when trained on network activity and other security vectors. But these companies are also aware of the security challenges that IoT presents.

Recent malicious attacks, such as Mirai, have taken advantage of the lack of security protocols built into IoT devices and platforms by manufacturers and have wreaked havoc. Until the IoT industry finds a better way to lock down this environment, many companies will continue to be skittish toward adopting this technology. 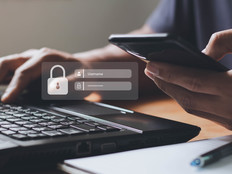