The common perception that public cloud is cheaper than private cloud, especially for smaller workloads, is starting to get a bit dated. A recent survey from 451 Research, sponsored VMware, shatters the idea that private clouds cannot be more cost-effective than public clouds.

Researchers at 451 surveyed 150 IT decision-makers in February 2017 and found that 41 percent claimed to be operating their own private clouds at a lower cost than public cloud. Further, an additional 24 percent of those surveyed said that they are paying less than a 10 percent premium for their private cloud deployments.

But cost was not the primary driver for IT leaders who chose private cloud; data protection was the most popular benefit of a private cloud, with asset ownership and integration with business processes also high on the list. However, cost benefits do matter, as 53.6 percent of respondents rated cost-efficiency as a key factor in the decision to use a private cloud.

How Can Private Cloud Be Cheaper Than Public Cloud?

According to respondents, automation and capacity planning tools were the biggest drivers of private cloud cost-efficiencies.

Capacity planning tools were cited by 18 percent of respondents as being the most important contributor to cost savings, and another 17 percent cited automation tools.

These responses fit with previous data from 451 Research’s digital economics unit. Last year’s Private Cloud Price Index showed how the total cost of ownership of a private cloud is directly proportional to its labor efficiency and utilization, which are primarily driven by automation and capacity planning tools.

David Jasso, director of product marketing for VMware’s cloud management platform, says that many of the company’s customers are still in the “preautomation” world, and have IT team members involved in service delivery, with ticket-based processes that push projects from one team to the next. Those handoffs result in a lot of elapsed time, he notes, as users wait for services to be provisioned. Sometimes, it can take weeks to provision services, with a great deal of manual effort involved.

“The companies that are successful have figured out that the only way they can really achieve cost efficiencies — and also speed things up, which is the primary objective — is to implement automation,” he says.

VMware looks at automation as a holistic process that works as a “backbone” across an entire IT team, allowing team members to stitch together a virtual representation of an IT environment, including infrastructure and applications — in essence, a template. That template then embeds the automation, which allows IT teams to cut the time it takes to provision cloud services from four weeks to under an hour, Jasso says.

Meanwhile, capacity planning helps organizations that are adopting more cloud services, especially because once users get a taste of cloud services on demand, they tend to want more of them, Jasso says. Capacity planning allows businesses to ensure they have enough compute and storage resources to meet their users’ demands.

“Organizations also need some form of governance to engage people around what they’re using,” he adds. “Otherwise, you get this open-loop scenario happening where people are just asking for more.”

Businesses need these feedback loops for their technology to ensure their data centers and virtual environments are optimized — at a minimum, they need to make the environment transparent. They also need to monitor how many resources users are actually consuming, Jasso says: “How much are you really using? Do you know how much you are consuming?” 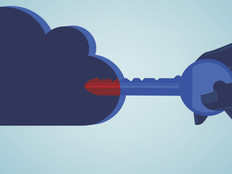 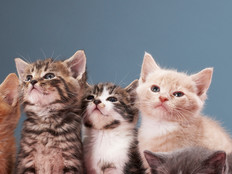 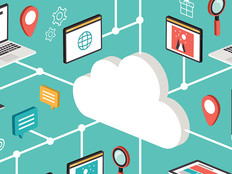