Many organizations are adopting mobile applications and deploying devices and apps connected to the Internet of Things, but are not taking enough actions to shore up the security risks associated with those apps.

That’s a key conclusion of a survey conducted by the Ponemon Institute, the “2017 Study on Mobile and Internet of Things Application Security,” which was sponsored by IBM and Arxan Technologies, a software security firm.

According to the survey, many organizations are worried about an attack against mobile and IoT apps that are used in the workplace. Respondents said they are slightly more concerned about getting hacked through an IoT app (58 percent) than a mobile app (53 percent).

However, despite their concerns, organizations are not mobilizing against the threats, according to the survey. Forty-four percent of respondents said they are taking no steps and 11 percent are unsure if their organization is doing anything to prevent such attacks.

Organizations acknowledged that bringing mobile and IoT apps into the workplace can lead to increased security risks. Seventy-nine percent of respondents say the use of mobile apps increases security risk very significantly or significantly, and 75 percent say the same thing about IoT apps.

One major potential reason for concern is that organizations have little to no confidence that they know about all mobile and IoT apps that are in the workplace. The survey found that 63 percent of respondents are not confident (30 percent) or have no confidence (33 percent) that their organizations know all of the mobile apps used by employees.

Mobile and IoT risks exist because end-user convenience is considered more important than security, the survey found. The security of apps often does not receive the priority it needs because of the pressure to ensure that mobile and IoT apps are easy to use, according to the survey.

Further, the survey found that the people seen as most responsible for mobile and IoT security are not traditional arbiters of IT security like CISOs.

Despite the risk, there is a lack of urgency to address the threat. Only 32 percent of respondents say their organization urgently wants to secure mobile apps and 42 percent say it is urgent to secure IoT apps.

Some of the factors behind the disconnect between the acknowledgment of security threats and a lack of urgency to address them include not enough budget being allocated to the security of these apps, and that the individuals most often responsible for stopping attacks are not in a CISO role.

Arxan CTO Sam Rehman said that there is also a misunderstanding in many organizations about what “hacking” means. “Most people look at hacking as, ‘I lost data,’ ” he said. That fails to acknowledge, however, that users and companies first opened the door to hackers via weak security, and that hacks happen on end-user devices as opposed to via breaches of firewalls. Rehman said most companies tend to overinvest in network security compared to what their risk profiles are. 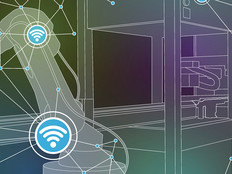 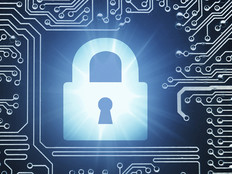 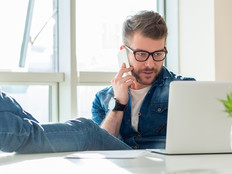