The continuing decline in prices for solid-state drives (SSDs) is just one of the reasons why IT managers are finding new ways to take advantage of their massive performance advantage over spinning disks. Mission-critical applications, including demanding database systems and real-time analytics, remain in flash’s sweet spot. So too are financial systems, virtual servers, virtual desktop platforms and data analytics applications that crunch vast storehouses of information.

Sales trends display how flash is moving to mainstream applications. Sales of all-flash storage rose more than 87 percent in the first quarter of 2016, according to IDC, and experts predict continued growth in spending on all-flash deployments.

The emergence of flash is changing enterprise storage strategies. “Flash, especially when manifested as all-flash arrays [AFAs], is rapidly becoming a general-purpose storage media, as opposed to the turbocharging point solution it was a few years back,” says Mark Peters, practice director and senior analyst at the Enterprise Strategy Group. “This is driven by dramatic price reductions, which have been enhanced by data reduction technologies.”

But storage modernization isn’t simply a matter of swapping out older hard disk drives (HDDs) for SSDs. Depending on the workloads and other considerations, each technology continues to provide value to enterprises. The key is aligning business requirements with the latest storage innovations, and then applying the best option for on-demand IT, software-defined data centers and other important IT trends.

IT consolidation is one area where enterprises are realizing the wider potential of flash. For example, after moving a database that demands high performance to an AFA, storage administrators often find capacity and performance headroom to spare. This enables them to add other databases that had been running on separate platforms to the more efficient AFA. This reduces the number of arrays that must be purchased, powered and managed throughout the enterprise.

The idea is catching on. Fifty-seven percent of AFA implementations involve application consolidation, versus 42 percent for accelerating individual applications, according to a survey by the 451 Group. “The consolidation use case represents the future of AFAs, and that figure will grow rapidly in the near future, since budget-constrained organizations will want to extract as much value as possible out of their costly AFA investments,” the report’s authors wrote.

Research by the Enterprise Strategy Group bolsters the consolidation case. Using an AFA from NetApp, an analysis conducted by the firm found that consolidation has the potential to greatly reduce costs for hardware, software and support. This is in addition to lower operating expenses for management, power, cooling and other areas.

As flash matures, IT buyers are taking advantage of new developments. One is what Peters calls “the general and continuing improvement in current flash technologies, which is more about raw capacities than raw speed.”

For example, Hewlett Packard Enterprise (HPE), NetApp and others have announced 15 terabyte SSDs — which are powerful enough to support sophisticated data analytics and applications that process high transaction volumes.

“The second trend is the next wave of ‘storage-class memory’ products – offerings such as 3D XPoint that sit somewhere between flash and DRAM that add tremendous performance,” Peters says.

This nonvolatile memory is rated 1,000 times faster than traditional NAND flash memory and is able to store 128 gigabytes of data. Intel and Micron have introduced products based on 3D XPoint for target markets that include connected devices and digital services that generate especially large volumes of new data.

Storage vendors are also expanding their portfolios, which now offer a wide range of price points and performance levels for flash solutions. “Some workloads are IOPS [input-output operations per second]-sensitive; others are bandwidth- or latency-sensitive,” says Eric Herzog, an IBM vice president for storage and software-defined infrastructure.

To distinguish its SSDs from others in a competitive market, IBM sells what it calls custom flash modules, which Herzog says are exclusive to the company’s AFAs and provide higher performance, lower latency and a longer-than-usual, seven-year media warranty. IBM’s high-end FlashSystem 900 can perform 1 million IOPS with only 100 microseconds of latency, Herzog says. Applications include Oracle and SAP database workloads.

By contrast, the company’s recently announced Storwize 7000F AFA tops out at 500,000 IOPS with just under 1 millisecond of latency. The product offers an economical choice for smaller data centers and departmental workloads, with prices beginning at about $19,000.

NetApp also offers a multitiered portfolio, starting with its SolidFire series for enterprise data centers and private clouds. This product line features scalable storage and management tools for optimizing service quality. NetApp’s AllFlash FAS is the company’s most mature offering and a foundation for FlexPod converged systems and other uses. Finally, the NetApp EF-Series is targeted for applications that require high IOPS and microsecond response times.

To learn more about CDW’s solutions and services for storage and other data center operations, visit CDW.com/datacenter. 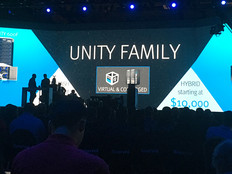 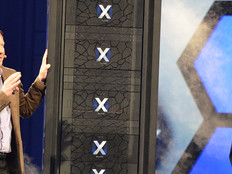 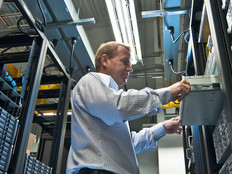