For IT professionals still reeling from the challenge of meeting bring-your-own-device (BYOD) and rising Wi-Fi traffic demands, the rapid advance of technology leaves little time to catch one’s breath. Many organizations now are turning their attention to the emerging Internet of Things (IoT), which is unleashing a new series of network challenges that will severely test already stressed infrastructures.

IoT applications, such as connected vehicles, environmental monitors and industrial controls, are projected to grow rapidly over the next few years. A 2016 Cisco Systems report forecasts that from 2015 to 2020, IoT will grow faster than any other category of connected devices.

When viewed from a network infrastructure perspective, IoT can simply be viewed as the latest stage in a machine data evolution that has been under way for many years. “IoT is just a new name for many of the things we’ve been doing all along — telemetry, control systems, automation and sensor-based systems,” says Craig Mathias, principal at Farpoint Group. “IoT really just means that those end devices now have Internet addresses.”

For now, the growing collection of IoT networking technologies includes a mix of familiar and new names.

It’s likely that the current collection of IoT network specifications will thin out over time as standards are formally ratified and solution providers settle on a smaller number of widely accepted protocols. The bad news is that this process will take some time. “In today’s market, the only way a standard is going to see its way through to ratification is for the market to be dominated by products using that standard already. But we’re still a few years away from that type of consolidation,” observes Fred Chagnon, research director of the infrastructure practice at the Info-Tech Research Group, a technology research and advisory firm.

In the meantime, new IoT adopters will have to tread carefully. “If you decide to go pre-standard, you’re taking a chance that you’re locked into that vendor,” says David Sumi, senior vice president of marketing and product management for wireless network solutions provider Proxim Wireless.

Farpoint Group’s Mathias, however, says that IoT adopters shouldn’t get too hung up on making the right standards choice. “You should look at things from the applications end rather than the standards end,” he advises. “After all, you really don’t care what the standard is; what you care about is that the application is properly addressed.”

According to Mathias, with IoT network technology currently in a state of flux, selecting a suitable IoT wireless technology is a task that’s best left to a solutions provider or systems integrator. “It’s much more important to get a solution that does the job and doesn’t put an undue load on either the finance department or operations,” he says.

“Imagine you’re building a network to connect devices in a time before the world had settled on TCP, UDP, IP and HTTP, and govern yourself accordingly,” Chagnon advises. “Decision-makers should seek a fast ROI to mitigate the risk of early abandonment of the technology,” he recommends. 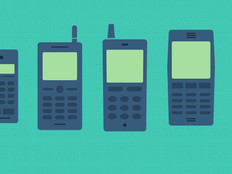 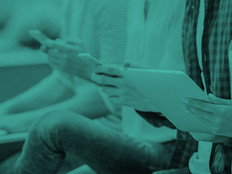