Bluetooth low-energy beacons are often mentioned among the hottest technologies that retailers are using to gather more information on customers and send those customers special offers. But how effective are they, and does the method by which retailers deploy them determine their usefulness?

Beacons are often set up at the entrances of retail stores, in addition to various locations within the store itself. They are small, unobtrusive objects designed to blend in with their surroundings. They can be used to track foot traffic, can sometimes transmit Wi-Fi signals and, through the use of proximity sensors in the beacon and in users’ smartphones or tablets, can send special offers to customers.

In June, Google announced a new feature, known as Nearby, for its Android platform. The feature takes advantage of beacons and Bluetooth connectivity to notify users when they can do something useful with one of their apps nearby. CVS is reportedly using the service to inform customers that they can send photos to the pharmacy for in-store printing via the CVS smartphone app, according to the website Internet Retailer.

Yet despite the growing enthusiasm of beacons — there are several ways they can be installed and used — there is a debate over how retailers can get the most out of the technology.

“While less than a third of retailers had implemented beacon technology in 2015, we found that seven in 10 consumers would be willing to opt into in-store tracking and mobile push notifications if they were properly incentivized by retailers,” public relations firm Walker Sands said in its 2016 Future of Retail Study, which was based on a survey of more than 1,400 consumers.

Only 6 percent of consumers have used in-store beacons, the report notes. According to Walker Sands, “while more than 60 percent of shoppers say they are not currently receptive to push notifications from retailers or in-store mobile tracking, two-thirds (67 percent) say it could improve their in-store shopping experience; in most cases, a discount or better in-store experience would persuade them to give the technology a try.”

In terms of location-based smartphone technology that would improve their in-store shopping experience, consumers say they are most interested in coupons (52 percent); additional information, including product content and reviews (36 percent); and indoor store mapping showing them aisle layouts and product locations (30 percent).

Only a third of consumers (33 percent) say they’re not open to any location-based store technology. When asked what would cause them to opt in to in-store mobile tracking and push notifications, those consumers cite discounts (61 percent), loyalty rewards (47 percent) and faster checkout (34 percent).

Yet many consumers say they have not opted in to such tracking because of concerns about privacy (64 percent), message overload (64 percent) and security (55 percent) – all factors retailers can control. “Almost half (46 percent) say they find it creepy, a perception challenge that will be much more difficult for retailers to overcome,” the report notes.

There are clear skeptics of the technology. “There remains no evidence, and I want to say no evidence, that consumers are going to accept tracking in stores,” Paula Rosenblum, co-founder and managing partner at Retail Systems Research and a former retail technology executive, told the Milwaukee Journal Sentinel.

Macy’s has beacons throughout its stores, the Journal Sentinel notes, and Target, which launched a test of beacon technology in August 2015 at 50 locations, believes the technology “has a real future,” spokesman Eddie Baeb told the newspaper.

Yet retailer Kohl’s pulled back on a plan to roll out beacons to all of its stores following a 22-store pilot program it launched in 2014. Ratnakar Lavu, the company’s chief technology officer, told the Journal Sentinel the chain pulled the beacons out of its stores and is reevaluating the technology. He said that beacons could help retailers track how many people come into stores, what they look at and what they buy, but that using them to send offers to customers while they shop seems less promising.

“I think that will just be way too much noise,” Lavu said. 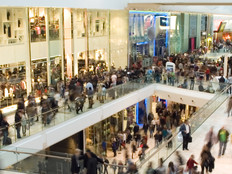 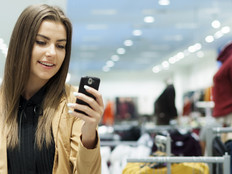