As the holiday season approaches, expect to see retailers improve their mobile and e-commerce experiences this year.

Last year’s shopping season was so-so for the industry, in part due to several major winter storms that kept consumers at home, but this year retailers are more optimistic, reports the San Diego Union-Tribune.

According to eMarketer retail analyst Yory Wurmser, the 2014 holiday season should be stronger overall with projected growth of 16.6 percent in e-commerce and 37 percent in mobile sales.

The rise of beacon technology, which uses smartphones' location-detection capability to push messaging to shoppers, is one reason retailers are increasingly — especially since Apple already bakes iBeacon, which makes location awareness simple and accessible, into its iPhones.

Here’s more information on retailers’ plans to take beacon technology and mobile commerce to the max from the Union-Tribune story:

More than half of the top 100 major retailers in the U.S. are developing beacon programs, according to in-store mobile marketing platform Swirl, and several of them plan to unleash them during the holidays. Macy's this week announced it will be installing Shopkick-powered iBeacons in all of its stores nationwide this fall, just in time for the holiday season.

“The key is to make the experience magical,” Wurmser said. “You want the consumers to be surprised and delighted about the information they're receiving, and not necessarily know that it's from beacons.”

Although retailers will be rolling out improved mobile and location-based retail shopping this year, they don’t expect the payoff on these investments to be immediate. But over the next few years, as mobile and e-commerce continue to mature, these projects should bear some fruit. 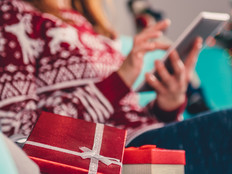