Cisco Systems wants to move toward a world in which businesses can provision network services at remote locations within a few minutes, and also automate security responses if a malicious actor is trying to steal data off those networks.

David Goeckeler, Cisco’s senior vice president and general manager of its networking and security business, said during a keynote presentation on networking at the Cisco Live 2016 conference in Las Vegas that “the network has become the foundation” for digital transformation at businesses.

Goeckeler said that security is inherently tied to network technology and that “the reality is you cannot build a world-class security architecture in the world today without leveraging the infrastructure and leveraging the network.”

Cisco’s network philosophy is built around the idea of Digital Network Architecture, or DNA, which it unveiled in March. Goeckeler explained that DNA is a network that is flexible — it allows Cisco and its customers to adapt to changing environments and apply new policies in real-time in response to information about sophisticated threats. DNA also means a network that is programmable, so that companies can automate remediation and security through application programming interfaces and structured programming languages. It’s also a network that is open, and uses Cisco and third-party technology, open APIs and a developer platform.

So how can companies take advantage of DNA? Jeff Reed, senior vice president of Cisco enterprise infrastructure and solutions business, said a large healthcare customer of Cisco’s has been using voice-over-Wi-Fi technology for 20,000 users and now wants to use location information in the mobile network to route patients from the emergency room to hospital beds.

Todd Nightingale, vice president and general manager of Cisco Meraki, said retailers now want to do more than let customers connect to their Wi-Fi networks, and are looking to connect with shoppers and let store associates provide them with the right information on offers at the right time.

Reed acknowledged that many businesses have not embraced a network architecture like DNA. A survey conducted this year by research firm IDC found that only 13 percent of organizations have made their networks digital, while 44 percent said they expect to do so within the next two years.

Doing so, Nightingale said, will require not just new technology but new training and skillsets among IT staffs at companies large and small. Networks are getting more sophisticated and will require a greater knowledge of software and coding languages like Python.

Cisco is providing what it calls DNA Services to help companies make the transition, including strategy and analytics to align business and IT goals, readiness assessment, planning and designing migrations, optimization, and technical support.

Automation Is a Key Element

According to a 2016 Cisco study, 70 percent of network policy violations are due to human error. Cisco is focused on bringing more automation into network security and provisioning to make sure those errors don’t happen and security is enhanced.

Reed noted that Cisco has been focused on this for many years, and has been pushing network-functions virtualization (the ability to virtualize hardware functions and turn them into software within their networks). Now, Cisco wants to make more network functions automated, he said.

A key element of that is what Cisco calls Enterprise Service Automation, which lets companies provision network services at remote branch locations through a simple graphical user interface and preset templates that include servers, firewalls and all of the elements of the network topology. The software lets a network administrator provision services within minutes by applying a profile to a branch location. The network equipment can either be onsite and provisioned remotely or scheduled to be provisioned. Cisco says the main console behind the service is expected to be available in September.

Cisco also wants to automate security using its Open DNS solution. If a customer comes into a retail store and connects to the store’s Wi-Fi network, Reed said, and they click on a piece of malware in a link from an email, Cisco’s Integrated Service Routers will encrypt the traffic and rout it through the Open DNS platform. The router will then access a cloud-based database of threats; if it identifies a threat, the router can automatically block that link from being accessed and will send a notification to the user that they have been protected. 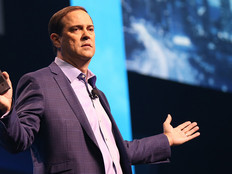 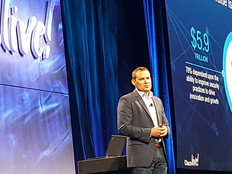